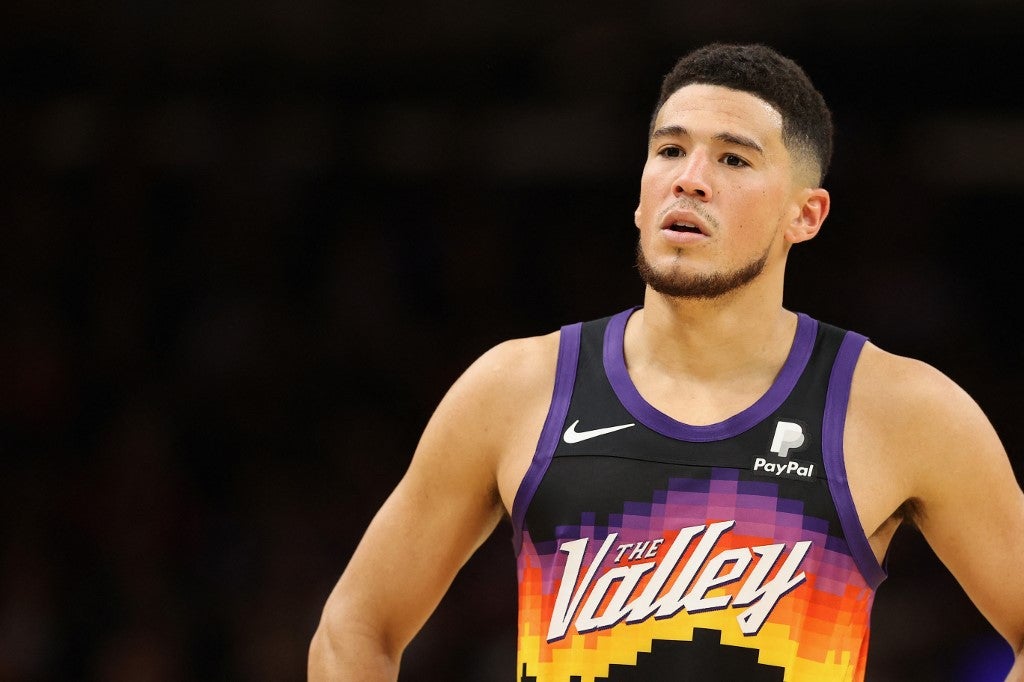 FILE – Devin Booker #1 of the Phoenix Suns during the second half of the NBA game at Footprint Center on October 20, 2021 in Phoenix, Arizona. The Nuggets defeated the Suns 110-98. Christian Petersen/Getty Images/AFP

Devin Booker celebrated his 25th birthday with 27 points as the Phoenix Suns overcame a slow start and never trailed in the second half of a 101-92 win over the visiting Cleveland Cavaliers on Saturday.

Deandre Ayton added 17 points on 8-of-10 shooting and 12 rebounds for the Suns, who avoided their third straight loss. Booker added nine assists.

27 PTS, 9 AST and a @Suns win for @DevinBook on his 25th birthday 🎂 pic.twitter.com/tbwdLxwHxE

Mikal Bridges, who recorded 10 points and five rebounds, scored with 44 seconds left in the first half to give Phoenix its first lead of the game at 48-46.

The Suns carried the momentum into the third quarter and moved ahead 71-52 when Chris Paul’s midrange jumper capped a 12-2 run.

Paul finished with 16 points, 10 assists and four steals, while Cam Johnson added 10 points and six rebounds off the bench.

Cedi Osman made six 3-pointers and scored a season-high 20 points on 7-of-15 shooting for Cleveland, which was playing the second game of a back-to-back after losing by 12 to the Los Angeles Lakers on Friday.

Cleveland closed the third quarter on an 11-0 spurt and cut the deficit to 78-65 after Osman and Ricky Rubio hit consecutive 3-pointers to end the period.

Collin Sexton tallied 10 points for the Cavaliers but committed six of the team’s 19 turnovers.

Cleveland rookie center Evan Mobley, who had a career-high 23 points in Friday’s loss to the Lakers, was held to two points on 1-of-6 shooting against the Suns.

Markkanen hit a 3-pointer with 8:02 remaining to pull Cleveland within 85-74, but Phoenix answered with five straight points.

Ayton exited the game in the fourth quarter with a right leg contusion and did not return for the Suns, who have won their last four meetings against the Cavaliers.