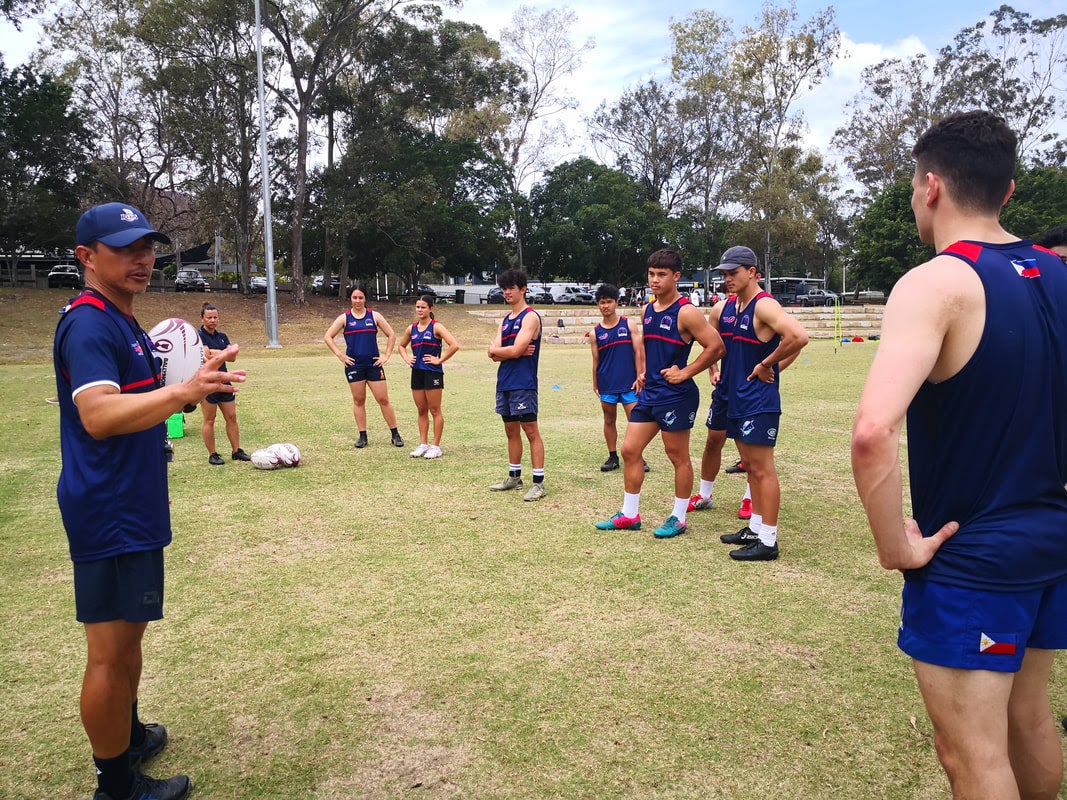 Those new talents that could one day suit up for the Philippines are brothers George and James Nield, Takian-Lani Buchanan, and Alana Grace.

Volcanoes alumni Expo Mejia, Michael Estrada Duhig, and Rob Benitez McCafferty led the tryout sessions that gave opportunities for new and returning players who could feature for the Philippines dun the coming 2022 season.

Brothers Rugby star Phoenix Hunt, who is also of Filipino descent, helped out in tryouts.

“We had a great turnout in Brisbane, we knew we could find talent there and we were able to thankfully. Some future Volcanoes can now be led into the program over the next few years thanks to our support staff and the help of Brothers Rugby – Brisbane,” said Philippine Rugby CEO Jake Letts said.

“Having the playing caliber of Phoenix Hunt and his assistance was spectacular for the event, he’s the type of player we would look towards in the future.”

Active Volcanoes Tommy Kalaw Gilbert, Jason Cale Schirmer and Steve Bernstrom also returned to the national program after some inactivity due to the postponed international calendar.

Philippine Rugby, which partnered with Hong Kong Rugby, will then fly to Hong Kong on Sunday for the second leg of global recruitment.

National team players Rob Luceno Fogerty and Kate Palis will head the Talent Identification and Recruitment Day in Hong Kong which is expected to draw 60 registered participants across Men, Women, and Juniors and Youth divisions.

“That’s another positive trait about our program, there is a global pool of national players and Unions across the world and we have the capability to call upon their support to identify new talent, especially when we are still unable to play in our country,” said Letts.

The Hong Kong sessions will start at 4:30 pm at Happy Valley 6.

Orphan goes from sniffing ‘Rugby’ glue to playing for Philippines

Read Next
Can 1-6 Thunder repeat formula of only win vs Lakers?
EDITORS' PICK
Comelec won’t proclaim party-list groups yet
DOJ-led panel drops 29 cases of torture, EJKs
House energy committee chair Arroyo bats for cheap electricity
Honolulu Café is the cure for your Egg Tarts and Roastings cravings
Luxe property: A way to build, preserve wealth
Duterte signs law giving rights, more protection to foundlings
MOST READ
Heart Evangelista gets a ‘no’ from Chiz Escudero after asking, ‘Do I deserve a bag?’
English-born Singapore billiard king overthrown at SEA Games after long reign
Duterte signs law giving rights, more protection to foundlings
Man posing as Marcos spox revealed to be an inmate in Bilibid — Guevarra
Don't miss out on the latest news and information.