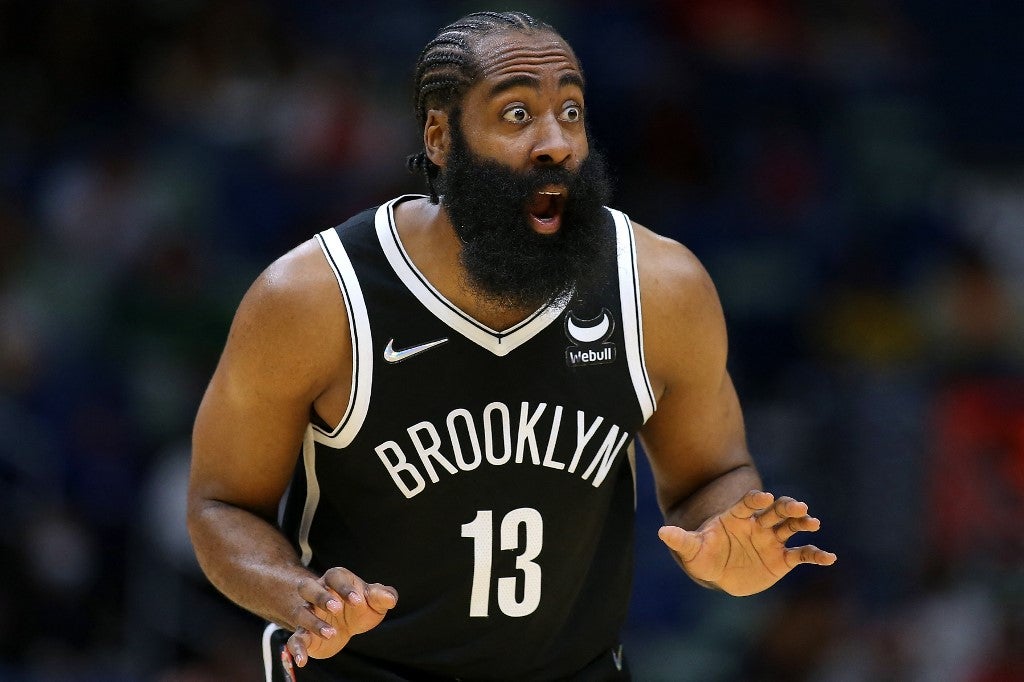 James Harden #13 of the Brooklyn Nets reacts during the first half against the New Orleans Pelicans at the Smoothie King Center on November 12, 2021 in New Orleans, Louisiana. Jonathan Bachman/Getty Images/AFP

James Harden had 39 points and 12 assists and the visiting Brooklyn Nets had too much firepower for the slumping New Orleans Pelicans in a 120-112 victory on Friday night.

Kevin Durant added 28 points and Joe Harris scored 24 as the Nets won for the seventh time in their last eight games.

Jonas Valanciunas had his 11th consecutive double-double, finishing with 20 points and 12 rebounds to lead the Pelicans, but it wasn’t enough to prevent a ninth consecutive loss.

The @BrooklynNets improve to 9-4! pic.twitter.com/TGrSErlx4h

Harden made back-to-back 3-pointers as the Nets started the third quarter with an 11-3 run to take a 77-62 lead.

Alexander-Walker and Trey Murphy III each had a 3-pointer as New Orleans began the fourth quarter with a 21-6 run that produced a 104-101 lead.

Bruce Brown made a 3-pointer to tie the score and Brooklyn took the lead for good on a free throw by Harden before Durant added a basket for a 107-104 lead.

The Pelicans got within one, but Durant answered with a 3-pointer and Harden added a 3-pointer for a 117-110 lead with 29 seconds left.

Jones scored five points during an 8-0 run that gave New Orleans a 15-10 lead.

Harris, Harden and Durant each made a 3-pointer during a 15-2 Brooklyn run. Temple’s layup cut the Nets lead to 33-25 at the end of the first quarter.

Alexander-Walker started the second-quarter scoring with a 3-pointer and Kira Lewis Jr.’s layup pulled the Pelicans within three points.

New Orleans got within three points twice more before Harden scored Brooklyn’s final five points of the quarter to give the Nets a 66-59 lead at halftime.