Dennis Schroder drops 38 as Celtics hold off Bucks in OT 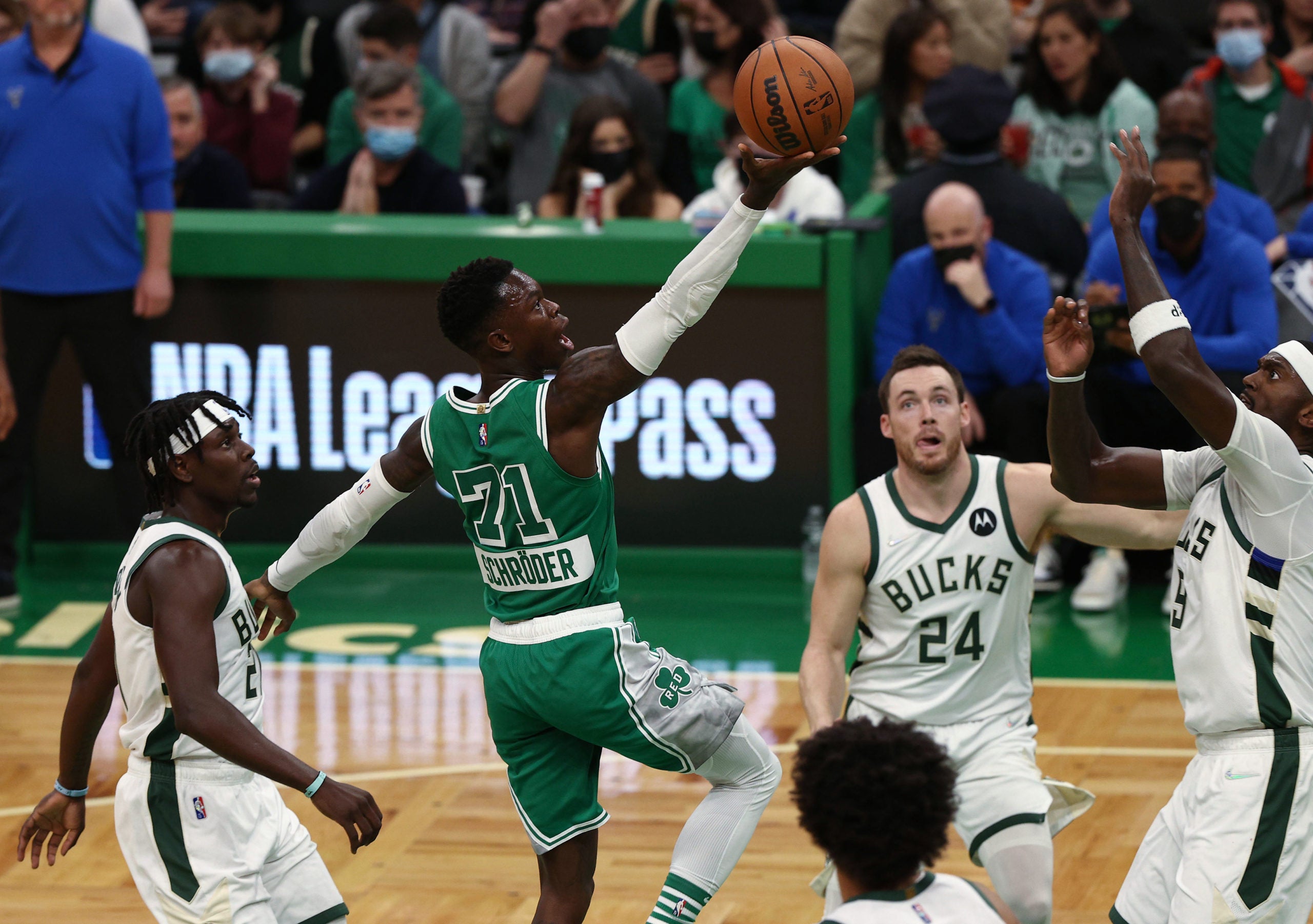 Schroder, who also grabbed eight rebounds, scored eight of the Celtics’ 14 points in overtime as Boston outscored Milwaukee by nine in the extra period.

Marcus Smart added 19 points and Robert Williams III had 12 and 10 boards for the Celtics, who have won back-to-back games and four of their last five. Boston won despite All-Star Jaylen Brown being sidelined for a third straight game with a Grade 1 right hamstring strain.

Bobby Portis had 22 points and was one of six double-digit scorers for Milwaukee, which played without both of its All-Stars against Boston as Giannis Antetokounmpo and Khris Middleton sat out.

Antetokounmpo was listed as probable with a right ankle sprain on the Bucks’ injury report before being ruled out shortly before tipoff. Meanwhile, Middleton missed his seventh straight game while in health and safety protocols after testing positive for COVID-19.

Grayson Allen chipped in 21 points on 5-of-9 shooting from 3-point range for Milwaukee. Jrue Holiday added 17 points with 13 assists, George Hill scored 16 and Pat Connaughton contributed 15 points for the Bucks.

Milwaukee’s two-game winning streak was snapped with its sixth loss in nine games.

The Celtics opened a 10-point lead late in the third period before carrying an 88-81 advantage into the fourth.

Allen’s corner trey with 1:13 remaining cut Milwaukee’s deficit to 106-103 before Hill’s putback layup pulled the Bucks within one with 50.2 seconds left. Schroder’s floater with 30.3 on the clock put Boston up 108-105 before Allen tied it on a step-back 3-pointer with 13.6 ticks to go.

Tatum front-rimmed an awkward elbow jumper with one second left to send the game to overtime.

The Bucks led 55-51 entering the break following a tightly contested first half.