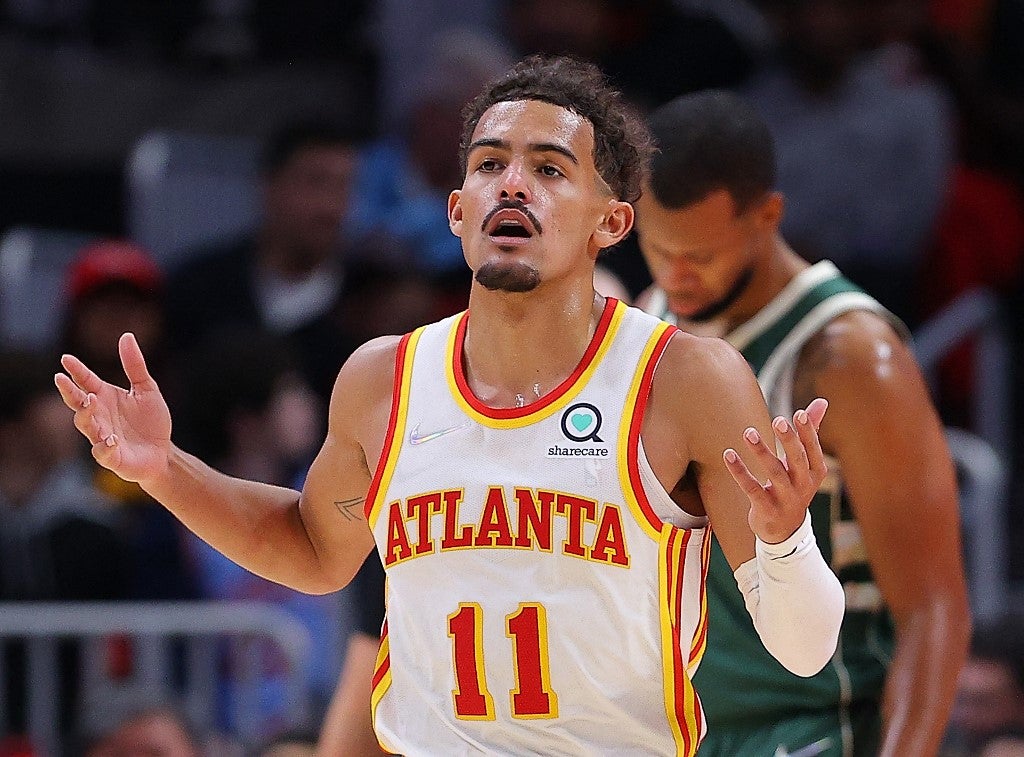 Trae Young #11 of the Atlanta Hawks reacts after a basket against the Milwaukee Bucks during the second half at State Farm Arena on November 14, 2021 in Atlanta, Georgia. Kevin C. Cox/Getty Images/AFP (Photo by Kevin C. Cox / GETTY IMAGES NORTH AMERICA / Getty Images via AFP)

Trae Young scored a season-high 42 points to help the Atlanta Hawks end their six-game losing streak with a 120-100 win over the visiting Milwaukee Bucks on Sunday night.

Young was 16-for-26 from the field and 8-for-13 on 3-pointers – matching his career-high for successful threes – and had 10 assists and eight rebounds. It was his second straight game with 30-plus points.

John Collins scored 16 of his 19 points in the second half, and Clint Capela added 12 points and 13 rebounds for the Hawks.

Atlanta improved to 4-1 at home and has won 11 straight home games against Eastern Conference opponents, tied for second-best in franchise history, and the longest such active streak in the NBA, according to Elias Sports.

Atlanta’s Cam Reddish was taken to the locker room with 7:21 left in the second quarter after banging knees with Bobby Portis, but he returned in the second half.

Young continued to pour it on with 12 points in the second quarter, giving him 27 at halftime. Atlanta made 11 3-pointers and outrebounded Milwaukee 28-16 to take a 58-44 lead into intermission.

The Bucks scored the first eight points of the third quarter to trim the lead to six, but the Hawks responded with a 6-0 run capped by Capela’s dunk to withstand the run and held an 89-77 lead entering the fourth quarter.

Milwaukee played without Brook Lopez (back injury), George Hill (back) and Khris Middleton (COVID protocol), and Atlanta was without De’Andre Hunter (wrist soreness).

Atlanta will complete a back-to-back by hosting Orlando on Monday. Milwaukee will return home Wednesday against the Los Angeles Lakers to start a five-game homestand.

Dennis Schroder drops 38 as Celtics hold off Bucks in OT