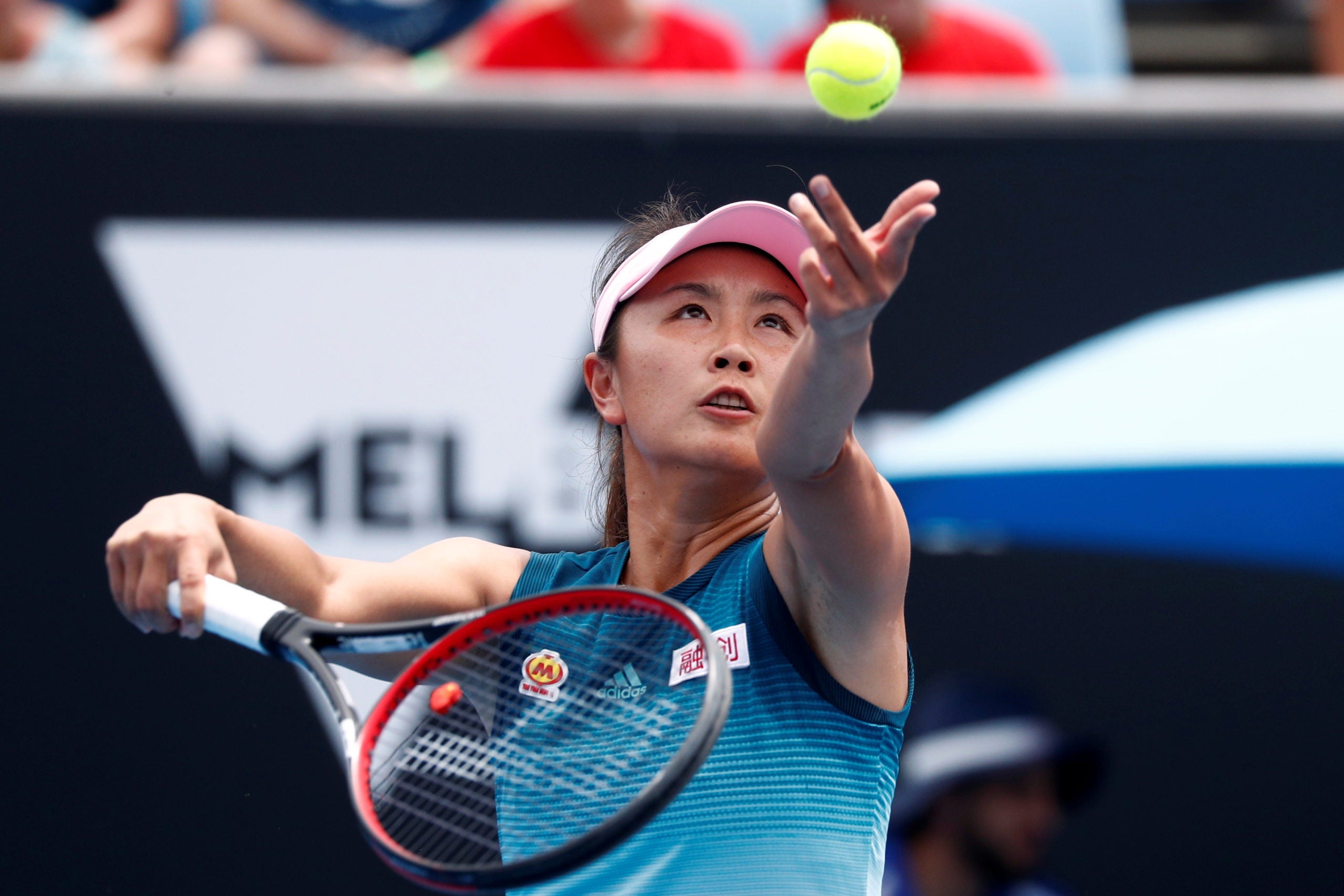 The Women’s Tennis Association on Sunday called on China to investigate allegations of sexual assault made by Peng Shuai against a former Chinese vice premier, while also demanding an end to censorship of the former top-ranked doubles player.

Peng, one of China’s biggest sporting stars, alleged on her Weibo social media account on Nov. 2 that Zhang Gaoli, who used to be a member of the Politburo Standing Committee – China’s top decision-making body – coerced her into sex and they later had an on-off consensual relationship.

Peng, 35, said in the post, which was deleted about half an hour after it was published, that she could provide no evidence to back her allegations.

China’s internet is heavily censored and the private lives of top leaders are an especially sensitive subject. Zhang, now 75, was a vice premier between 2013 and 2018 and served on the Politburo Standing Committee between 2012 and 2017.

Concerns among the global tennis community have grown as Peng, the first Chinese player to top the world rankings when she was doubles number one in 2014, has not been seen since the post.

The U.S.-based WTA, which runs the women’s tour, said in a statement that it would seek a, “full, fair and transparent investigation into sexual assault allegations” against the former Chinese leader.

“Peng Shuai, and all women, deserve to be heard, not censored.

“Her accusation about the conduct of a former Chinese leader involving a sexual assault must be treated with the utmost seriousness.”

China’s State Council Information office and the Chinese Tennis Association did not immediately respond to requests for comment on the WTA’s statement.

WTA chief Simon told the New York Times on Sunday that no one at the Tour has talked directly to Peng but that he had received assurances from the Chinese Tennis Association that she was safe “and not under any physical threat.”

The International Tennis Federation and the ATP men’s tour did not immediately respond to requests for comment.

China has been the focus of the WTA’s most aggressive expansion over the last decade and hosted nine tournaments in the 2019 season with a total $30.4 million prize money on offer.

The season-ending WTA Finals had a prize purse of $14 million in 2019 when it was played in Shenzhen for the first time.

The Finals were cancelled last year due to the COVID-19 pandemic and moved this year to Guadalajara, Mexico but the WTA has said it will return to Shenzhen from 2022 until 2030.

On Monday morning in China, there was no disruption to the live streaming of matches from Guadalajara on iQiyi, which holds the broadcast rights in China for WTA tournaments.

“I think everybody fully understands what’s at stake here on many different fronts as we’re going through it,” Simon told the New York Times.

“I think we’re certainly, from players to board to council, fully united that the only acceptable approach is that of doing what is right.”

French player Alize Cornet showed her support for Peng under the hashtag #WhereIsPengShuai, while former world number one American Chris Evert also took to social media to voice her concerns.

Tennis great Martina Navratilova took to Twitter to support the WTA’s call for a probe.

“A very strong stance by WTA – and the correct stance!” Navratilova wrote.