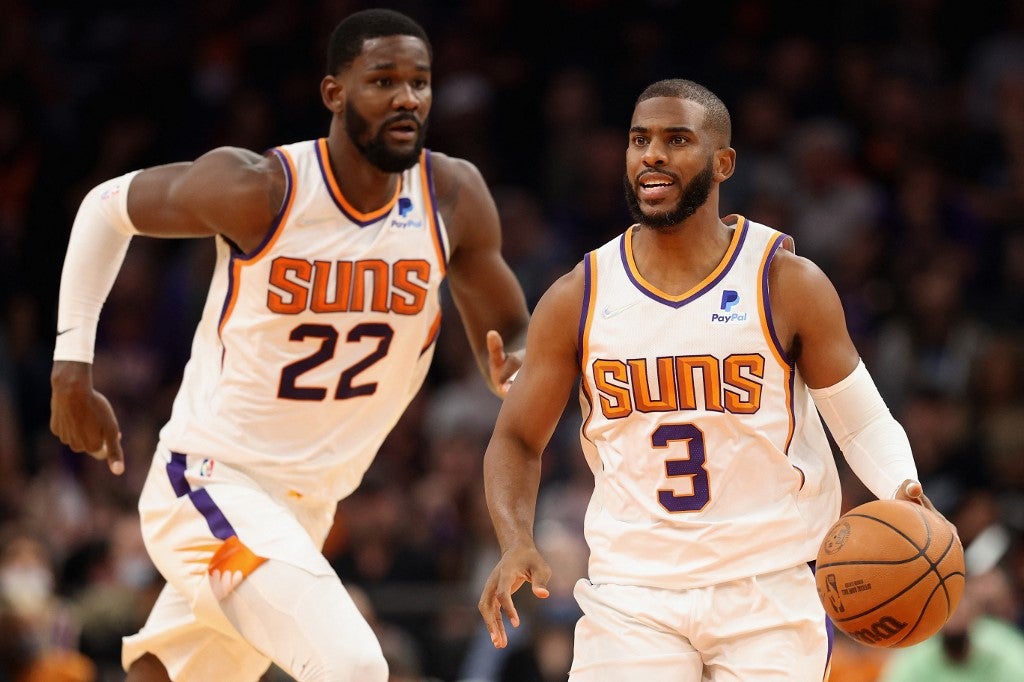 FILE – Chris Paul #3 of the Phoenix Suns handles the ball during the first half of the NBA game against the Dallas Mavericks at Footprint Center on November 17, 2021 in Phoenix, Arizona. Christian Petersen/Getty Images/AFP

The Phoenix Suns never trailed en route to their 12th consecutive win, a 126-97 blowout of the Denver Nuggets, on Sunday in Phoenix.

Cameron Johnson led all scorers with 22 points coming off the Suns’ bench. Deandre Ayton led the Phoenix starters with 21 points on 9-of-12 shooting to go with eight rebounds and two blocked shots.

Cam Johnson drops a career-high 22 PTS and @DeandreAyton scores 21 in the @Suns' 12th win in a row 🔥 pic.twitter.com/Jnyxm94WCI

The Suns pushed the longest winning streak in the NBA and the franchise’s best run since winning 17 straight in 2006-07 to 12 games.

The loss marked four straight for the Nuggets, and the third during the skid by a double-digit-point margin.

The Suns set the tone early, closing out a 48-point first quarter on a 15-3 run.

Phoenix’s burst to close the opening period extended its lead to 20 points. The Suns held a double-digit-point cushion for most of the rest of the game.

Denver, playing without reigning Most Valuable Player Nikola Jokic for the second consecutive game due to a sprained wrist, cut the gap to nine points midway through the third quarter.

Phoenix responded with a 17-4 run to close out the period. The Suns extended their advantage to as many as 30 points behind a balanced scoring effort.

The Suns scored as many field goals off assists (33) as total field goals they yielded to Denver. The Nuggets shot just 33 of 90, while Phoenix went 46 of 87.