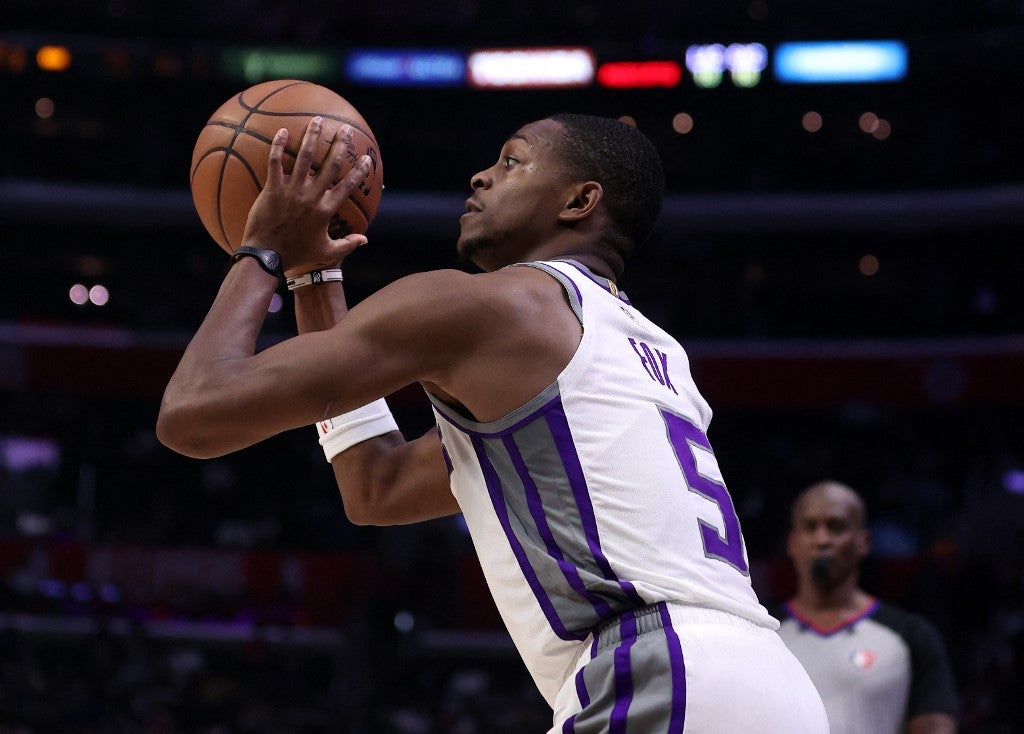 De’Aaron Fox #5 of the Sacramento Kings takes a shot against the LA Clippers in the third quarter at Staples Center on December 01, 2021 in Los Angeles, California. Ronald Martinez/Getty Images/AFP

The Sacramento Kings continued to enjoy visits to their home-away-from-home Wednesday night, thumping the host Los Angeles Clippers 124-115 for a second victory at the Staples Center in six days.

De’Aaron Fox poured in a game-high 24 points, Terence Davis posted a season-best 23 and Davion Mitchell added 20 for the Kings, who came away with a 141-137, three-overtime win over the Lakers in a trip to Los Angeles last week.

Reserves Luke Kennard and Terance Mann had 19 points apiece while Ivica Zubac put up 17 for the Clippers, who lost their third straight.

De'Aaron Fox (24 PTS) and Davion Mitchell (20 PTS) pace the @SacramentoKings in the win on the road! pic.twitter.com/IHv0eMDuAU

The Kings’ win over the Clippers was the fourth in the teams’ past five meetings in Los Angeles, whereas the Clippers have prevailed 15 straight times in Sacramento.

Unfortunately for the Kings, the clubs meet in a rematch Saturday night in the California capital.

The Kings, playing for a second consecutive night after falling 117-92 at home to the Lakers on Monday, wasted no time seizing control on Tuesday. Sacramento was up by as many as 10 in the first quarter, 20 in the second and 25 in the third.

Attempting to end a six-game homestand on a winning note, the Clippers got within 107-93 on an Isaiah Hartenstein hoop with 7:25 to play.

Fox countered with two free throws and a dunk, and when Davis bombed in consecutive 3-pointers, the visitors has re-established control at 117-95 before coasting home.

Davis shot 5-for-9 on 3-point attempts for the Kings, who outscored the Clippers 45-27 from beyond the arc.

The Kings, who have recorded six of their nine wins on the road, outshot the Clippers 52.3 percent to 47 percent and were able to overcome a 49-38 deficit on the boards.

Brandon Boston Jr. had 13 points, Reggie Jackson 12 to complement a team-high six assists and Hartenstein 11 to go with a team-high eight rebounds for the Clippers. Los Angeles played without Paul George, who was rested, missing a game for the first time this season.