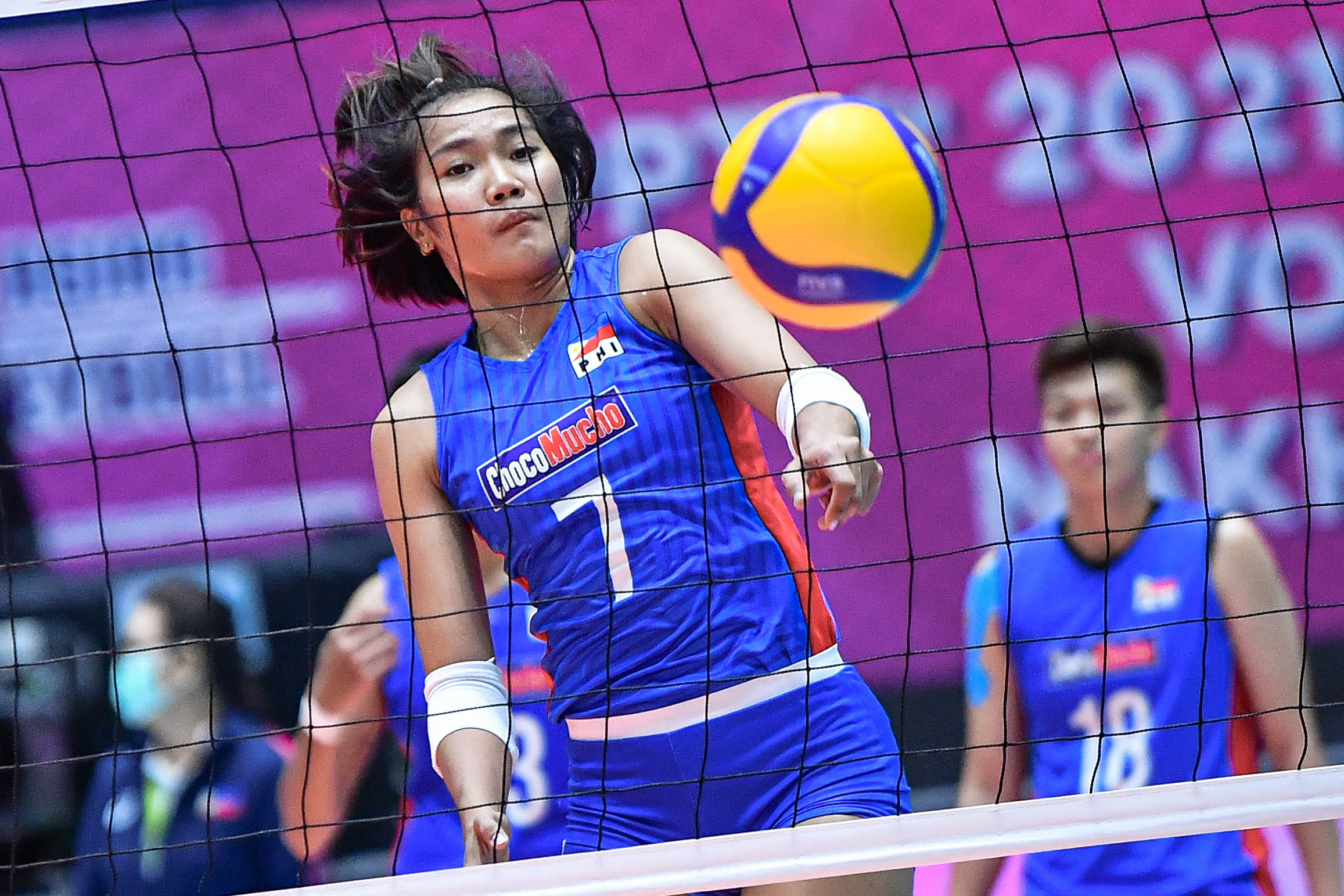 MANILA, Philippines—It was a disappointing loss that ultimately opened the door for Mylene Paat to play in Thailand.

Paat was with Team Choco Mucho in the 2021 AVC Asian Women’s Club Volleyball Championship when they lost to Thai side Nakhon Ratchasima Women’s Volleyball Club in straight sets, 25,11, 28-26, 25-17.

It was in that game that Paat finished with eight points in just two sets of play and gained the approval of the four-time Thailand League champion.

“I think it was in the past AVC where they saw me play and they liked how I performed,” said Paat in Filipino during an episode of One Sports’ The Game. “It was there that they took me in.”

Paat eventually signed a four-month contract with the team to play in the Thailand League, a competition Nakhon Ratchasima last won in 2019.

The Chery Tiggo opposite spiker is just the third Filipino to play in Thailand after Alyssa Valdez in 2016 and 2019.

She’s also joined the short list of Filipinos to play professionally outside the country along with Jaja Santiago, Dindin Santiago-Manabat, Bryan Bagunas, Valdez, and Espejo.

Paat said she was in complete awe in her first training session with Nakhon Ratchasima as the players were in sync with each other and were following every coach’s orders given to them.

“They really didn’t talk much during practice and they were just following the drills but they were flying,” said Paat. “The training here is incredible, every one of them was flying.”

“The whole training session seemed like a scrimmage. Their familiarization with each other was clear.”