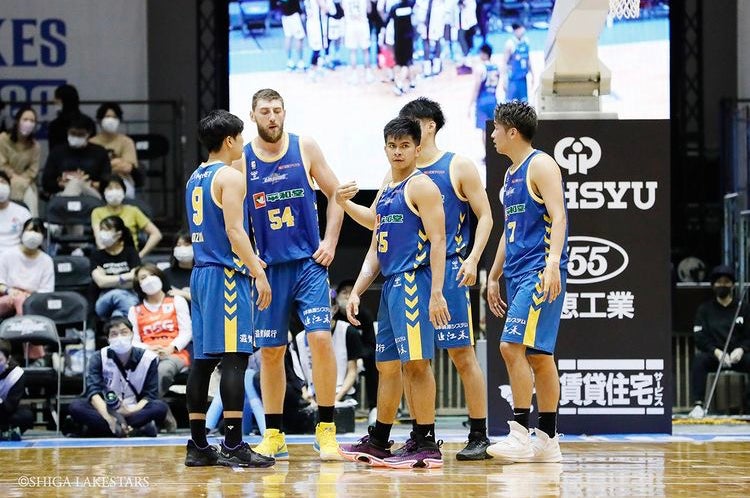 MANILA, Philippines—Losing streaks were extended as Kiefer Ravena, Dwight Ramos, and Kobe Paras all absorbed losses on Sunday in the 2021-22 Japan B.League season.

Niigata hit the unlucky mark of 13 straight defeats as it got battered in its second consecutive encounter with Akita, 89-58, in the East Conference at its home floor of City Hall Plaza Aore Nagaoka.

The Albirex BB dropped to a 2-14 record at the bottom of the conference while the Northern Happinets improved to 9-7.

Furukawa Takatoshi led Akita with 17 points on an efficient 6-of-9 shooting while Taguchi Shigehiro added 14 points.

Tshilidzi Nephawe had 14 points and 11 rebounds for Niigata while Paras struggled with five points on 1-of-7 shooting.

Shiga fell to its seventh straight loss bowing to Shibuya, 102-75, in its inter-conference meeting at Aoyama Gakuin Memorial Hall in Tokyo.

The Lakestars fell to a 6-9 slate for the eighth spot in the West while the Sunrockers improved to 11-4 to get a share of the second seed in the East.

James Michael McAdoo had 25 points and 11 rebounds to lead Shibuya while Takahashi Koyo and Nishino You both had 12 points.

Ovie Soko finished with 24 points and nine rebounds to lead Shiga as Ravena struggled heavily with four points on 1-of-8 shooting with three assists and two steals.

Toyama lost its back-to-back meetings with Ryukyu, 80-69, in its West Conference meeting at Okinawa Arena.

The Grouses slid to a 4-12 record at the ninth seed while the Golden Kings maintained their hold of the top spot at 13-3.

Julian Mavunga finished with 19 points and seven assists to lead Toyama while Ramos pitched in 14 points, four rebounds, one steal, and one block.

Niigata skid now 12 in a row after loss to Akita