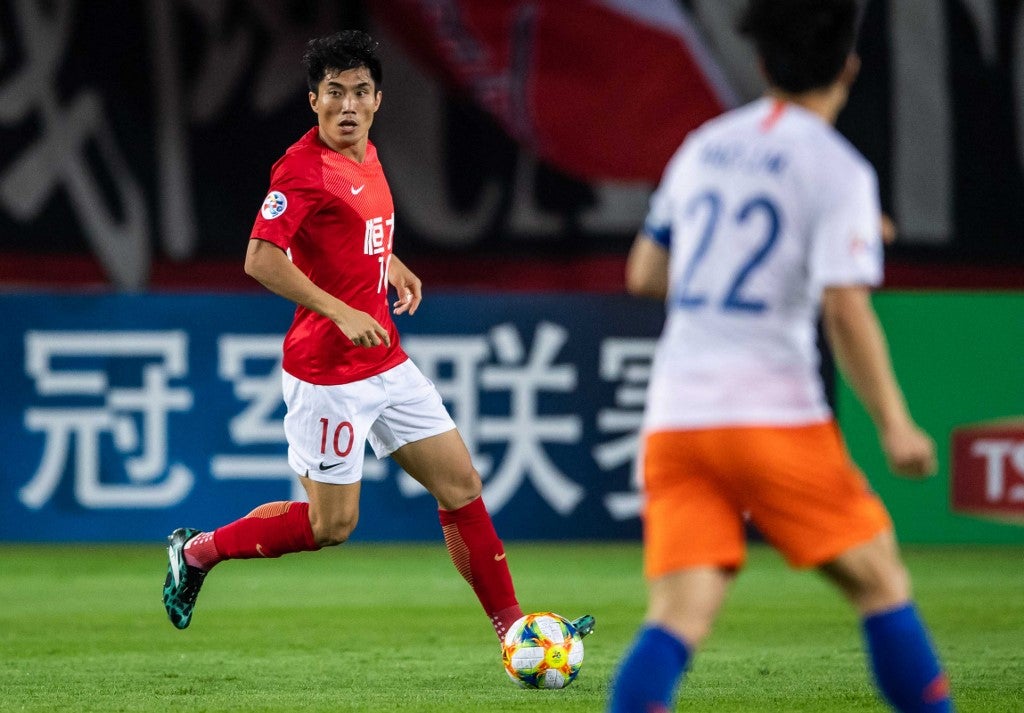 Zheng Zhi (L) of Guangzhou Evergrande controls the ball during their AFC Champions League Round of 16 football match against Shandong Luneng in Guangzhou, in China’s southern Guangdong province, on June 18, 2019. (Photo by AFP) / China OUT

Eight-time Chinese Super League champions Guangzhou FC have appointed Zheng Zhi as player-coach, with the club fighting for its future because of a debt crisis at owners China Evergrande.

The 41-year-old, a midfielder who played in the English Premier League for Charlton Athletic, takes charge of China’s most successful football team following the sacking two months ago of Fabio Cannavaro.

Zheng, a club stalwart who captained China, has been taking training at Guangzhou since the end of November, state news agency Xinhua said.

The CSL resumes this weekend after a four-month break, but the club have reportedly been unable to pay the players’ salaries.

“We hope all the club’s coaches, players and staff will summon a strong sense of honor, responsibility and team spirit to put all our difficulties behind us… and do our utmost to complete this season’s match obligations,” the club said in a statement.

Zheng will act as “executive head coach as well as a player”.

Reacting to Zheng’s appointment, one football fan wrote on the Twitter-like Weibo: “It’s a pretty bold move to take over at a time like this.”

Evergrande acquired then second-tier Guangzhou in 2010 and ushered in a period of great success bolstered by the arrival of big-name players and coaches.

Brazilian international midfielder Paulinho arrived from Tottenham Hotspur and the Italian World Cup-winning coach Marcello Lippi took over as coach, with his compatriot Cannavaro most recently in charge.

But China Evergrande, a major property developer, has been struggling for months under a $300 million debt pile exacerbated by Beijing’s drive to curb excessive leverage in the real estate industry.

The CSL once had a reputation for lavish spending, but the money has dried up dramatically in the last couple of years and champions Jiangsu FC folded earlier this year.