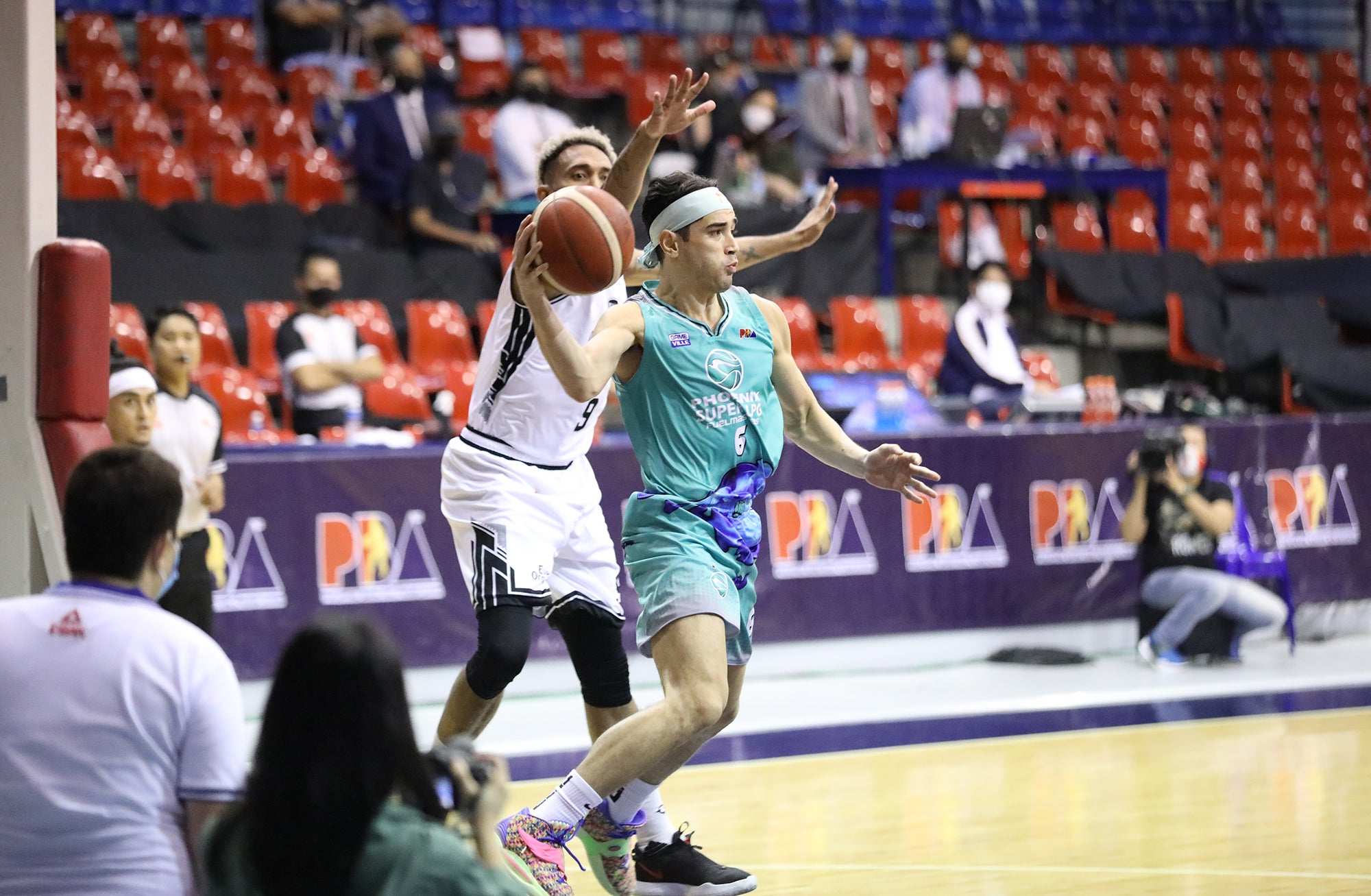 Playing without letup on both ends, Phoenix Super LPG whipped Blackwater, 110-99, at Ynares Sports Arena in Pasig City on Saturday night to soar to a 2-0 start in the PBA Governors’ Cup and keep the woes piling up for the Bossing, who have now lost 21 games in a row.

Phoenix coach Topex Robinson, however, was quick to hose down any rising excitement, saying the twin wins mean nothing in the grand scheme of things.

“We still have nine more games [to play]. Two wins will get you nowhere,” he said shortly after dooming the Bossing to their second loss this tournament as Blackwater’s losing streak has stretched for three conferences now.

Terrafirma pulled out a 112-106 overtime win over Rain or Shine later to be at 1-1 like its victim. Alex Cabagnot was clutch, missing a triple-double by just two rebounds after 15 points and 11 assists to win with his new team for the first time.

“We want to make sure we get one win every time we play … So we’re always just gonna play hard, and play together,” Robinson went on.

Chris Banchero put up a game-high 23 points and had seven assists, just two nights after scoring 18 in Phoenix’s 103-100 nipping of Terrafirma.

Sure, the crafty guard was integral in the Fuel Masters’ latest victory, but he said his performance was no bigger than that of import Paul Harris, who finished with 19 points, 16 boards and seven assists.

“Obviously, Paul played great. He does so much for us. He gets us open shots. When we could come in and knock them down, it really helps the team,” Banchero said.

Sean Manganti and Simon Camacho, two former Adamson standouts who were signed by Phoenix during the midseason break, benefited the most from Harris and Banchero’s stellar team play.

Already slated to play for NorthPort’s 3×3 team before getting the call from Phoenix, Manganti scored 17 in the finest outing of his young career. His former college teammate Camacho, meanwhile, chipped in 10 coming off the bench.

Blackwater got the goods from import Jaylen Bond, who tallied 18 points to go with 15 rebounds.

“I guess we learned a lot from the last bubble that teams will really play us hard and we cannot be happy with just competing, we have to bring it to the next level, always play our best, always be the best version of ourselves,” said Robinson, whose charges joined NLEX and Alaska for the early elimination round lead.

“It’s gonna be tough from hereon. I mean, teams obviously want to win against you, if you’re getting a streak, the only challenge there is the next games will be tougher for us, but we want to get that opportunity to learn from those teams that’s gonna play us hard,” he said.