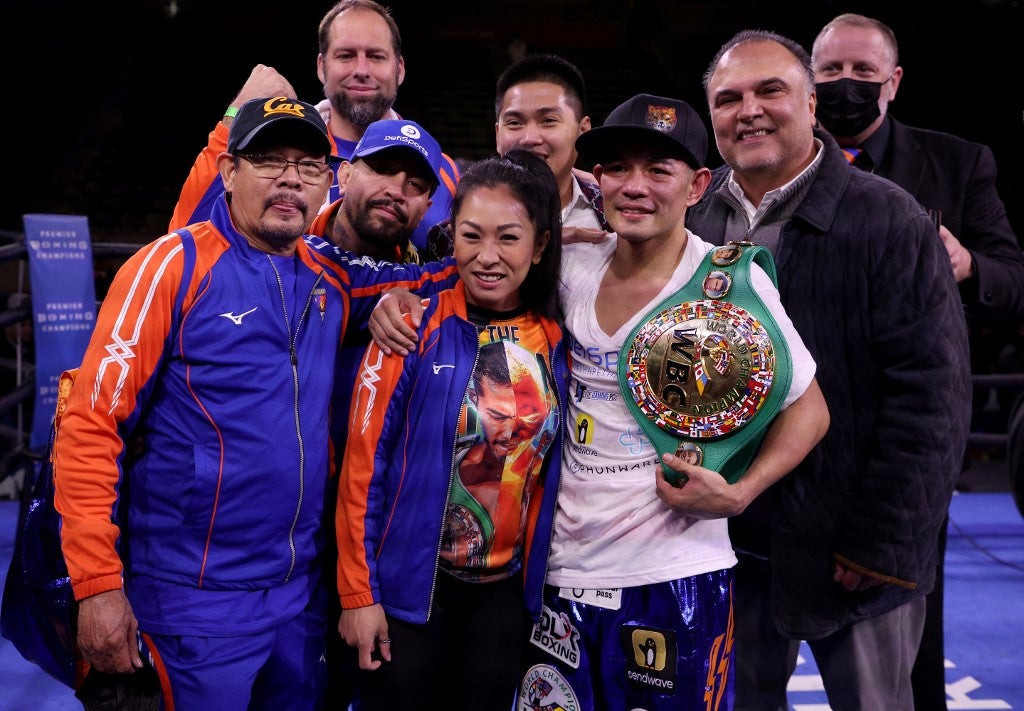 Nonito Donaire poses for a picture after a fourth round knockout win over Reymart Gaballo for the WBC World Bantamweight Championship at Dignity Health Sports Park on December 11, 2021 in Carson, California. Harry How/Getty Images/AFP

The 39-year-old landed a brutal left hook to the body that immediately sent Gaballo kneeling as referee Ray Corona had no choice but finish the 10-count late in the fourth round.

Gaballo, who entered the bout as the interim champion, tried to stand up at the eighth count but immediately crumbled back down.

This was Donaire’s first successful defense of his title that he wrested away from Nordine Ouubali in May 2021.

Donaire (42-6-0) has now won four of his last five fights with that lone loss coming against Naoya Inoue, the man who holds WBA, IBF, and Ring Magazine titles.

The Filipino came out guns blazing at the start of the second and landed a crisp right cross sending Teshigawara down foe the third time.