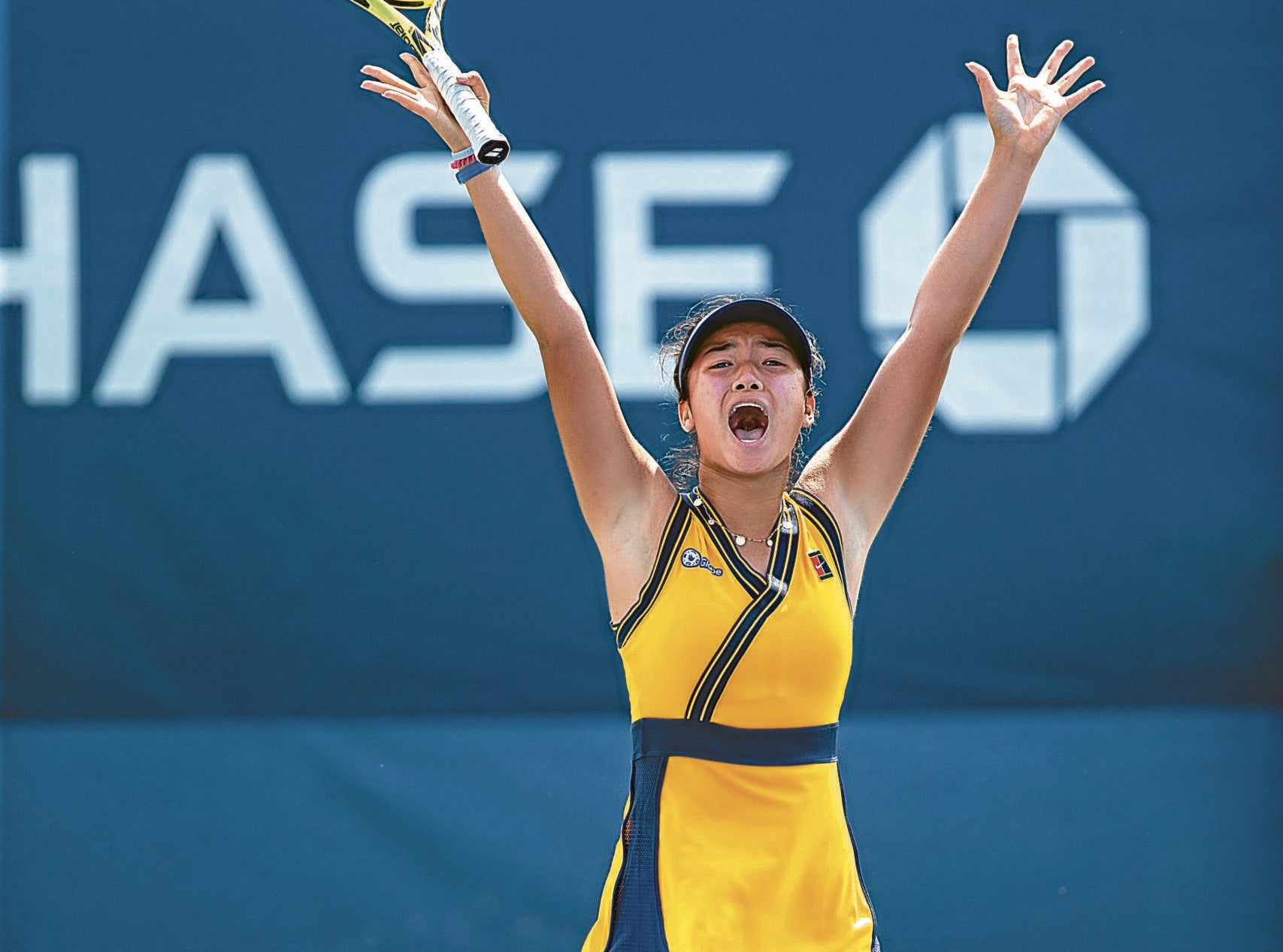 Will Alex Eala be the next tennis golden girl for the country in the Southeast Asian Games? —KEATS LONDON

MNAILA, Philippines–Alex Eala is staring at a full calendar for next year as she hunts for career milestones that, for the first time in her young career, include winning the Southeast Asian Games (SEAG) gold medal for the Philippines.

Her inclusion in the Philippine team is seen as a golden opportunity for the country, which last won a gold medal in SEA Games women’s competitions 22 years ago.

“Alex is fully committed and excited for next year as the plan is for her to play anywhere from 22 to 27 tournaments, which will include the SEA Games in May,” her father, Mike, told the Inquirer.

The younger Eala was supposed to don the national colors as early as 2019, but her training and competitions schedule conflicted with the tryouts set by the Philippine Tennis Association.

She finished the year ranked 527th in the Women’s Tennis Association from as high as 505th. But her father said Alex will still be competing in juniors, pursuing the Philippines’ first-ever Grand Slam singles titles.

However, Eala will be skipping the Australian Open, the first Grand Slam of the year, where she won the girls doubles championships in 2020 along with Priska Nugroho of Indonesia.

Instead, Eala will open the next season with three International Tennis Federation pro tournaments at Rafael Nadal Academy (RFA) starting Jan. 17. She is now spending her preseason training in Florida under her RNA coaches.

“We will continue to see Alex playing more professional tournaments as she continues her transition into a professional player,” said Mike.

Despite spending 10 weeks healing an injured foot, Eala was able to play 20 tournaments, counting six juniors events, this year. She won the W15 in Manacor and three junior titles.The World No. 3 in juniors dominated the JA Milan singles and doubles as well as the French Open girls doubles with Russia’s Oksana Selekhmeteva.

Eala has yet to play in a big, multisport competition like the SEA Games.

The last time the country won the women’s singles gold medal was in 1999 courtesy of Maricris Fernandez. Prior to that, the only other women’s singles victory for the Philippines was Pia Tamayo’s gold in 1981.

From then on, it’s been a long, dry spell for the PH women’s tennis.

It’s up to Eala to end that wait.