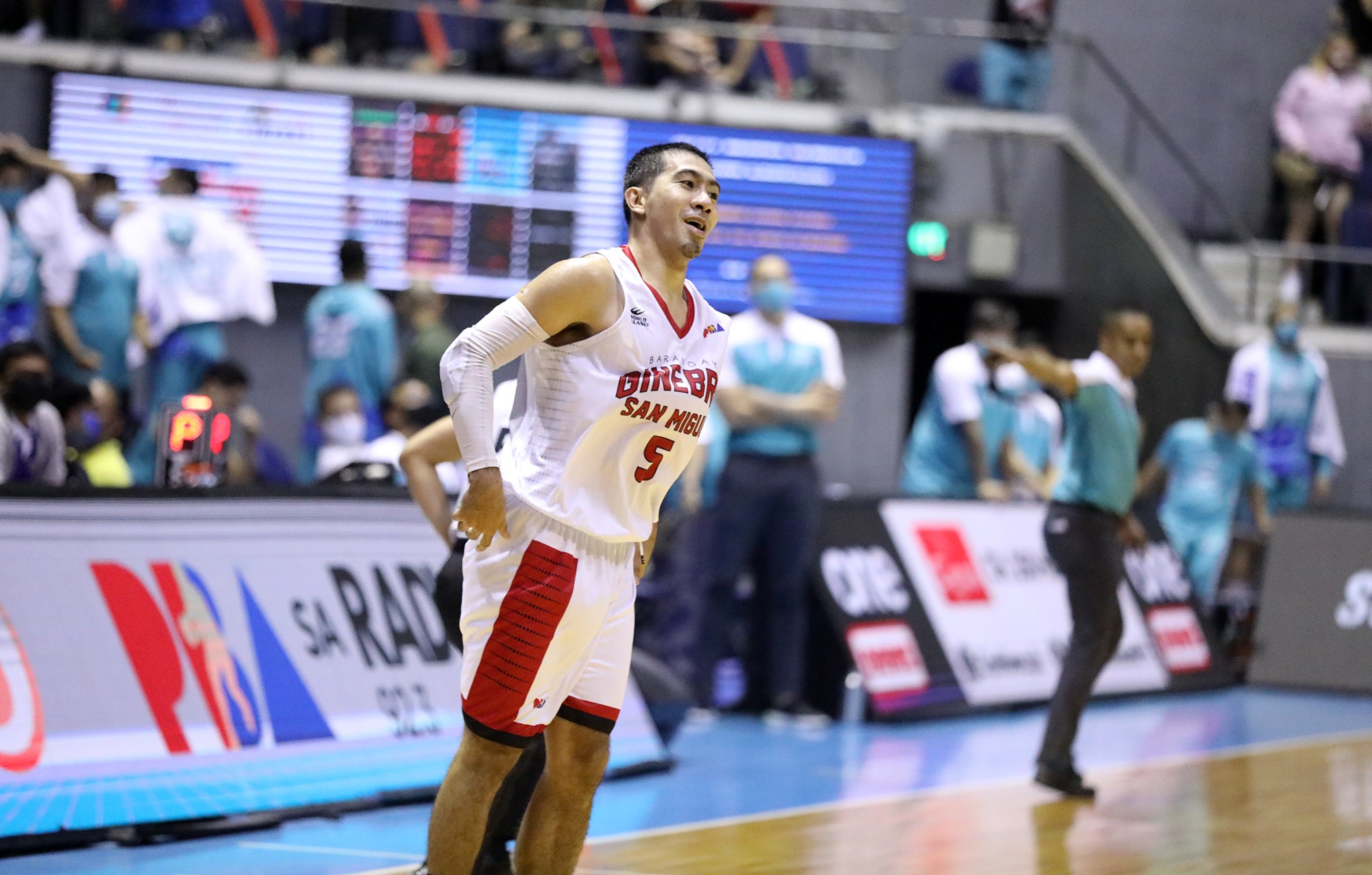 Barangay Ginebra guard LA Tenorio reacts after hitting a big triple against Phoenix during their game in the 2021 Governors’ Cup. PBA IMAGES

MANILA, Philippines—Barangay Ginebra pounced on Phoenix’s botched chances to escape with a 125-121 win in overtime in the 2021 PBA Governors’ Cup Sunday at Araneta Coliseum.

Tenorio buried a triple to force overtime with 1.2 seconds left in regulation then hit another 3-pointer in OT that gave Ginebra a 125-121 cushion with 9.2 ticks to go.

“Actually, going into this game we’re really expecting this is gonna be a grind out game,” said Tenorio. “Phoenix is a strong team and we were ready.”

Phoenix looked on its way to a win after taking a 112-107 edge with only 42 seconds remaining in regulation.

The Fuel Masters, however, shot themselves in the foot with crucial errors and misses from the free throw line that kept the door open for the Gin Kings’ comeback.

“We got lucky they missed some free throws and kept us in the game. They gave us life,” said Ginebra coach Tim Cone.

Phoenix committed two turnovers and misfired on two freebies inside the final 40 seconds of regulation.

Paul Harris had 26 points, eight rebounds and six assists for Phoenix, which dropped to 2-2.