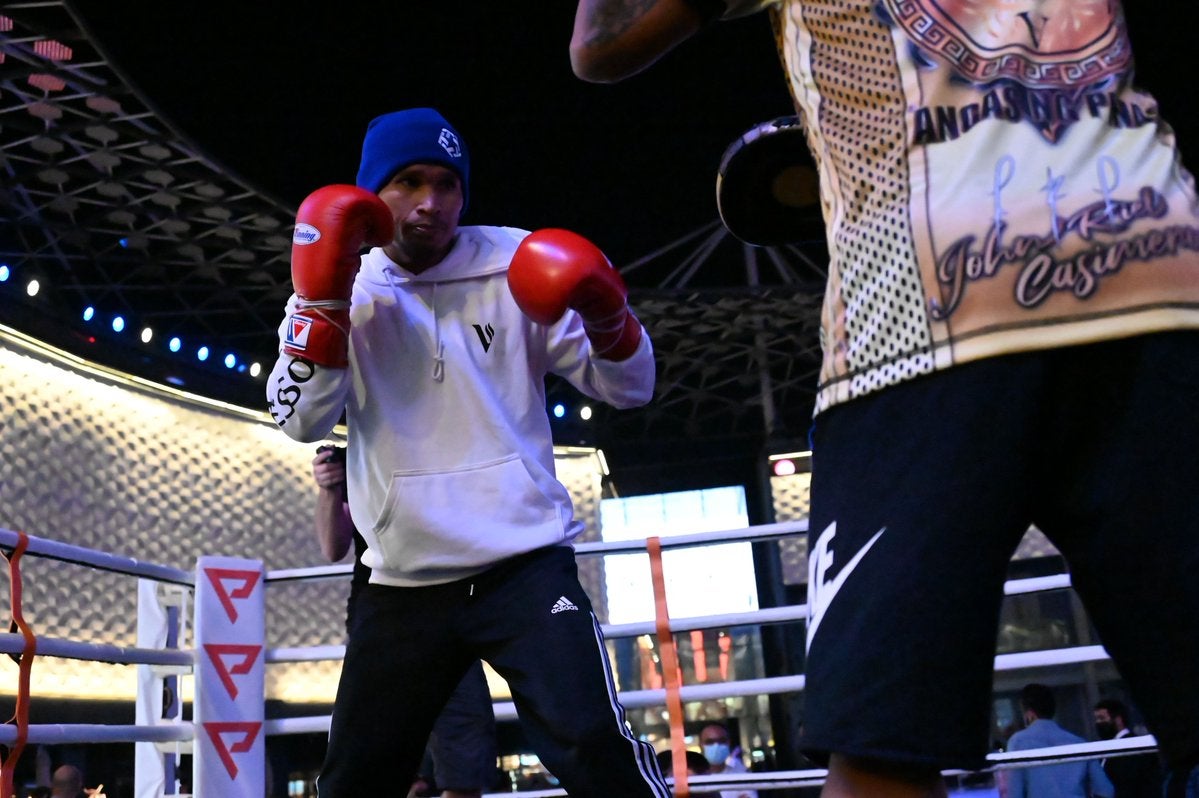 MANILA, Philippines—John Riel Casimero remains as the WBO bantamweight champion after he complied with the sanctioning body’s show cause order.

In a resolution posted on its website, the WBO wrote that Casimero has fully complied with the order after the boxer was given 10 days to present himself and the proper medical documents following his withdrawal a day before his title defense against Paul Butler on December 11 in Dubai

Casimero was allegedly admitted to the American Hospital Dubai at 2 am (UAE time) due to viral gastritis a mere one day before the official weigh-ins for the fight at Coca-Cola Arena, thus resulting in him pulling out of the mandatory title bout against Butler.

“We believe the submitted evidence suffices for a justified cause, and therefore, Casimero retains the WBO Champion status,” wrote the WBO in the resolution that Championship Committee Chairman Luis Batista Salas signed. “There is no controversy as to the cause of Casimero’s physical impediment to engaging in the WBO Bantamweight Mandatory Championship Bout against Paul Butler per the medical documents furnished to the WBO.”

“In essence, all the supportive evidence concluded that Casimero’s diagnosis was Viral Gastritis. Furthermore, these findings were rendered by duly licensed physicians and certified by the respective medical institutions. Therefore, we deem it unnecessary to challenge these findings through independent medical review.”

Although the WBO did not strip Casimero of his title, it can still do so in the future after it learned that the 32-year-old will reportedly fight YouTube personality Jormiel Labador Fitness on December 28.

The WBO banned Casimero from partaking in any negotiations or fights without its authorization as well as from Probellum—the company that promoted the boxer’s mandatory title defense against Butler.

Probellum and the WBO held a purse bid meeting on October 1 that set up the match between Butler and Casimero thus holding the Filipino’s exclusive rights on any boxing-related events.

“Casimero is hereby prohibited from engaging in any negotiations and/or participating or fighting without the express authorization from the WBO or Probellum. Any agreement, covenant, or accord reached between Casimero and a third party that may conflict with the terms and provisions set forth in the ‘Purse Bid’… will result in this Committee taking all actions per WBO Regulations of World Championship Contests including but not limited to declaring the WBO Bantamweight Championship Title ‘Vacant’ ‘Ipso Facto,’” wrote the WBO.

“We remind Casimero that a World Championship is not the property of any boxer. The Championship is a trust, subject to the conditions in our regulations, for the use and benefit of all boxers and boxing fans, who through their contribution of time, effort, risks, and resources, sustain the existence of the profession.”

Donaire blasts Casimero for his remark on Roach’s speech