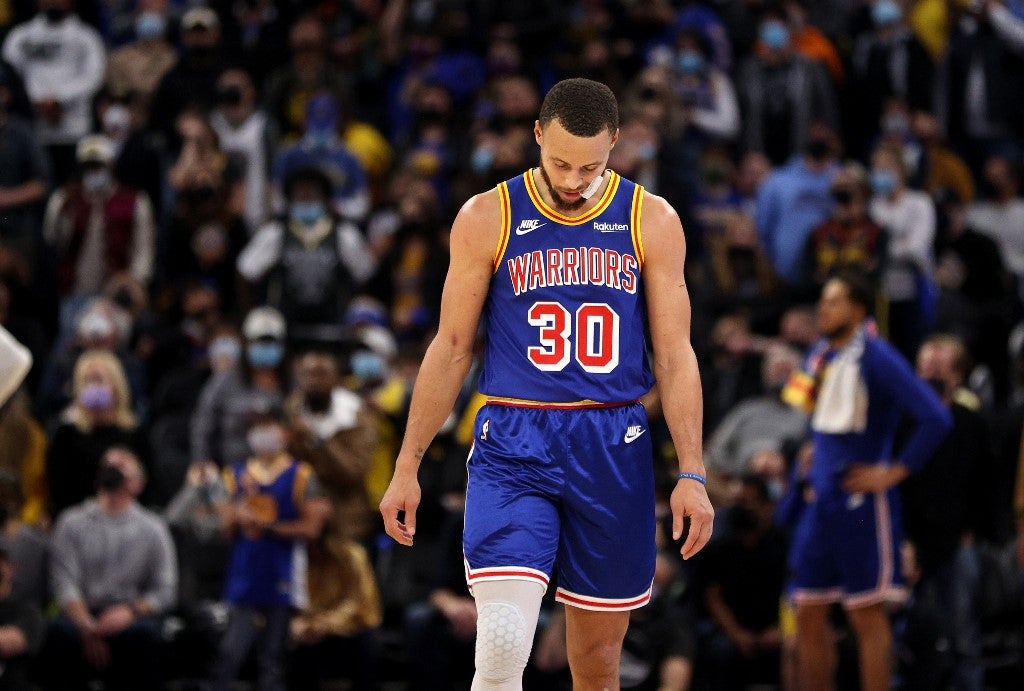 Stephen Curry #30 of the Golden State Warriors puts his head down during the final minute of their loss to the Denver Nuggets at Chase Center on December 28, 2021 in San Francisco, California. Ezra Shaw/Getty Images/AFP

Stephen Curry became the first player in NBA history to make 3,000 3-pointers in a career Tuesday night, but Will Barton starred in the game’s final minute as the Denver Nuggets beat the Golden State Warriors 89-86 in San Francisco.

Barton scored four of his 21 points in the final 43.6 seconds.

Nikola Jokic had 22 points and a game-high 18 rebounds for the Nuggets, who were playing Golden State for the first time this season and will get an opportunity to sweep a pair when the clubs meet in a rematch Thursday in Denver.

While the Warriors were falling behind by as many as 24 points, Curry struggled without a 3-pointer for almost 36 minutes, missing seven attempts. He finally connected on his milestone trey with 5.3 seconds remaining in the third period to cap a 25-14 Warriors run that trimmed a 24-point halftime deficit to 74-61.

Curry bombed in four more 3-pointers in the fourth period, including one with 2:08 to play that got the Warriors within 84-82.

After a Gary Payton II layup pulled Golden State even with 1:04 to play, Barton tipped in his own miss with 43.6 seconds left for a lead the Nuggets never relinquished. He added two free throws with 32 seconds to go to double the margin.

The Warriors had two chances to tie, including one final possession with 2.3 seconds to go, but Andre Iguodala misfired on a potential overtime-creating 3-pointer, allowing the Nuggets to record a second straight win.

Curry finished with a game-high 23 points for the Warriors, making five of his 14 3-point attempts. His teammates combined to make just five of their 18 from beyond the arc. 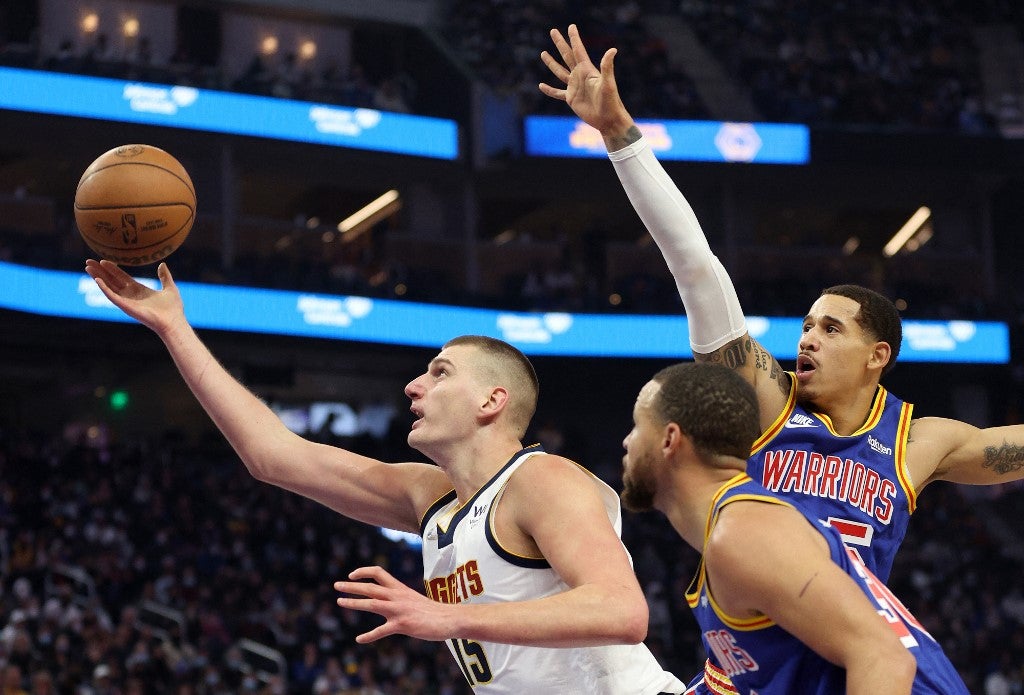 Nikola Jokic #15 of the Denver Nuggets goes up for a shot on Juan Toscano-Anderson #95 and Stephen Curry #30 of the Golden State Warriors at Chase Center on December 28, 2021 in San Francisco, California. Ezra Shaw/Getty Images/AFP

The Nuggets won the game at the foul line despite making just 13 of 20. That’s because the Warriors missed 15 of their 31, with rookie Jonathan Kuminga going just 3-for-10 on a nine-point night.

Kuminga, seeing additional playing time with Draymond Green having gone into health and safety protocols, also had an interior shot blocked by Jokic with 3.7 seconds remaining with the Warriors down by two.

Andrew Wiggins added 21 points and eight rebounds for the Warriors, while Payton chipped in with 11 points and Juan Toscano-Anderson had 10.

In snapping Golden State’s three-game winning streak, the Nuggets dominated the first half, starting with a 10-0, game-opening burst. Barton had 17 of his 21 points in the first half, when Denver also had a 13-0 run en route to a 60-36 halftime advantage.