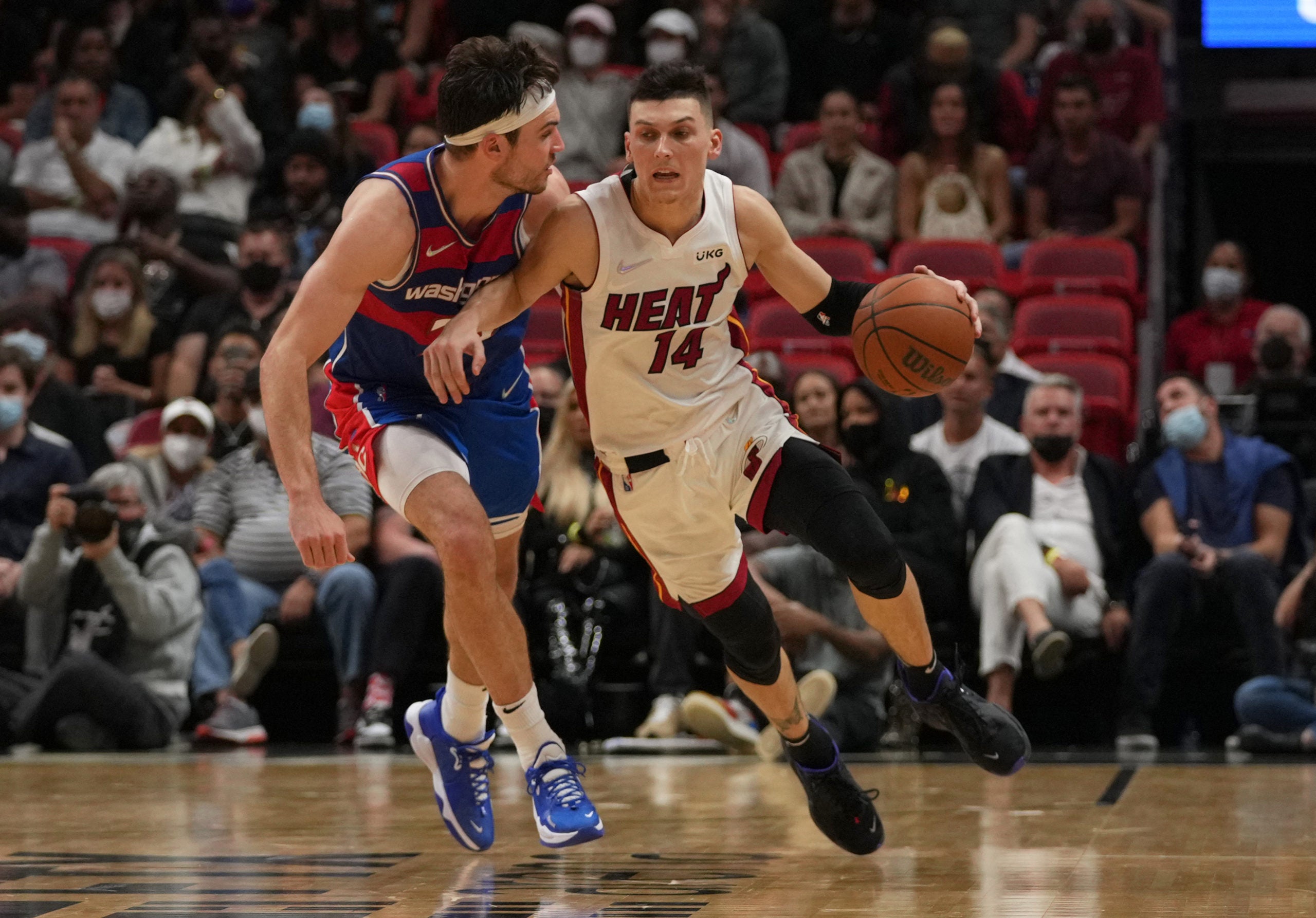 Reserve Tyler Herro scored a season-high and game-high 32 points, and Jimmy Butler set his career high with 15 assists, leading the host Miami Heat to a 119-112 win over the Washington Wizards on Tuesday night.

Butler added 25 points for a double-double as Miami won its fourth straight game. Butler sprained his right ankle with 63 seconds left, but he remained in the game. He also had eight rebounds for a near triple-double.

Herro, who was ejected in Miami’s previous game, shot 9-for-19 from the floor, including 5-of-7 on three-pointers.

🔥 @raf_tyler drops a game-high 32 PTS to lead the @MiamiHEAT to their fourth-straight W! pic.twitter.com/CNVyB8HZ6R

The Heat also got 26 points from Duncan Robinson, who made 8-of-16 on three-pointers. His eight three-pointers are a season high.

Heat center Omer Yurtseven contributed a game-high 13 rebounds to go with 10 points as Miami improved to 12-4 at home.

Washington was led by Spencer Dinwiddie, who had 24 points and 11 assists. Kyle Kuzma added 22 points, and Davis Bertans added 19.

Miami was without eight players, including three due to COVID protocols: Kyle Lowry, Max Strus and Udonis Haslem. Strus and Haslem were added to the list just prior to Tuesday’s game.

The Wizards were also without eight players, including three of their top five scorers: Bradley Beal, Kentavious Caldwell-Pope and Montrezl Harrell.

Still, Washington led by as many as three points early, but Miami went on an 18-3 run and closed the first quarter with a 38-24 lead. The Heat played a brilliant quarter, shooting 51.9 percent from the floor, including 6-of-11 on three-pointers (54.5 percent).

In fact, it wasn’t until the second quarter that Miami was charged with its first turnover. The Heat stretched their lead to 17 points before going into halftime with a 65-51 advantage.

The Heat kept rolling in the third quarter, stretching their lead to 28 points. By the end of the period, Miami led 91-73.

Washington nearly made a miraculous comeback, cutting its deficit to 117-112 with 28 seconds left, but the Wizards couldn’t get any closer.

Heat match franchise record for treys in win over Bucks