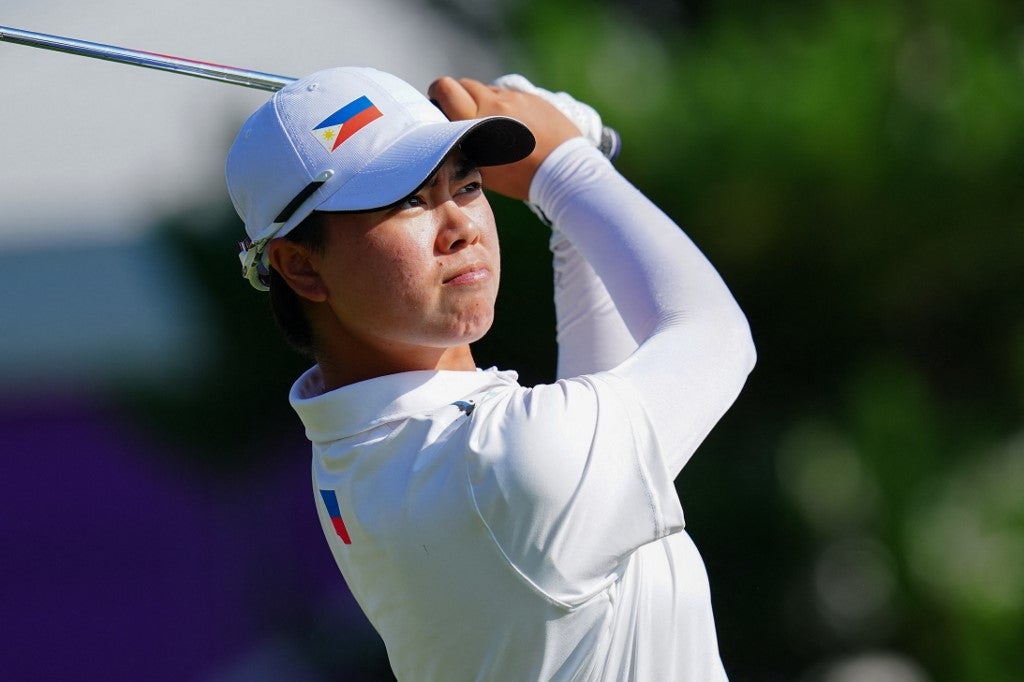 At the height of the pandemic, just when everything seemed to be falling out of place for a country losing thousands to COVID-19 and its economy driven to its knees by hard lockdowns, a prodigious talent who has devoted her young life to golf did what no Filipino has ever done before.

She gave the Philippines its first-ever major golf champion — and a lot of reasons to smile during the gravest of times.

But even before the year about to end was nearing a close, Yuka Saso came up with a bombshell that has more or less dramatized what sports in the Philippines was for 2021 — a lot of highs and certainly some lows everyone wished never happened.

In San Francisco early last July, Saso ranged herself against the best in the world at the Lake Course of Olympic Club, where players from every corner of the globe came to chase one of the most prestigious and definitely richest prize in their sport.

Nelly Korda, the world No. 1, Lexi Thompson and Danielle Kang led the US charge. A throng from Europe came and certainly the best of Asia was there.

Then there was this 19-year-old, born in Bulacan province, who came. She was without a US Ladies Professional Golf Association Tour card. Her qualification for the event was being a Japan Tour sophomore with a couple of wins under her name.

Saso actually wound up in Japan after failing to secure a card in the United States. She made the most out of that, claiming victories in the NEC Karuizawa and Nitori Ladies events in 2020 that opened the doors to playing in bigger tournaments outside of Asia.

She played under the radar, so to speak, in the early part of the 72-hole championship. Even the television coverage never really gave her much of a chance, even if she stayed within striking distance of the leaders the entire time.

Thompson, the popular former champion, led after 54 holes and was actually five shots up on Saso heading into the back nine before an implosion like no other allowed the Filipino and Japan’s Nasa Hataoka in the mix.

Saso made birdies on the 71st and 72nd holes of regulation to join Hataoka in a playoff, with Saso winning on the third hole of sudden death with a 10-foot birdie putt that ignited a celebration among Filipinos in the gallery that followed their heroine all throughout the final round.

“It didn’t really matter to me how many holes we go. I just wanted to stay focused and stay in the zone,” Saso had said in a virtual press conference with Filipino media a day after the win.

That victory actually touched off a wave of Philippine triumphs internationally, with Hidilyn Diaz finally snapping a 97-year wait for an Olympic gold medal by ruling the women’s 55-kilogram class in the Tokyo Games where boxers Nesthy Petecio and Carlo Paalam bagged silver and Eumir Marcial a bronze.

Nonito Donaire Jr. wrested back the World Boxing Council bantamweight belt with a stunning fourth round knockout of erstwhile unbeaten Nordine Oubaali of France in May before tearing fellow Filipino Reymart Gaballo in his first defense a few weeks back also in four rounds.

Carlos Yulo, who was a disappointment in the Japan Games, claimed the gold in the floor exercise in the All-Japan Senior and Masters Gymnastics championship in September before winning a gold in the vault in the Artistic Gymnastics world championship a month later.

And then things soured

Carlo Biado won billiards’ version of the US Open also last October before copping the Abu Dhabi Open 9-ball championship the following month as Filipinos were on a roll internationally.

EJ Obiena, who finished 11th in the Olympics, broke the long-standing Asian pole vault record with a jump of 5.93 meters, winning gold in the Golden Roof Challenge in Austria, an achievement that would later on be overshadowed by a controversy that has dragged on through the holiday season.

Right smack in the middle of all of those was Manny Pacquiao losing to Yordenis Ugas of Cuba, where the 42-year-old senator, who is now seeking the presidency, looked like just a shell of himself and very much ripe for retirement.

It signaled the end of an era, so to speak.

The Saso as Filipino era will also come to an end sometime in the next two years, when she turns 22 in June 20, 2022, after she elected Japanese citizenship a few months after the biggest triumph of her life thus far. Holding both Philippine and Japanese passports, Saso made the bitter decision to leave the country of her birth and choose the birthplace of her father, Masakazu Saso, as the benefits of holding a Japanese passport gives her a lot more options.

“I am a Filipina, born in the Philippines to a Japanese father and Filipino mother. I was raised in both Japan and the Philippines. I am immensely proud of my dual heritage and that will never change,” she said.

“Thank you for respecting my choice. I am grateful to both my Filipino and Japanese supporters,” Saso said. “I would not have achieved anything in my career without your support. I look forward to making you proud as I continue with my professional golfing career.”

“We respect her decision,” National Golf Association of the Philippines secretary general Bones Floro had said after news of that development leaked. “And we will still be supporting her in her future endeavors.”

And even with Saso turning Japanese in a couple of years, this country which she opened its eyes to golf will keep rooting for her, and will continue to claim her as its own. No matter what passport she holds.