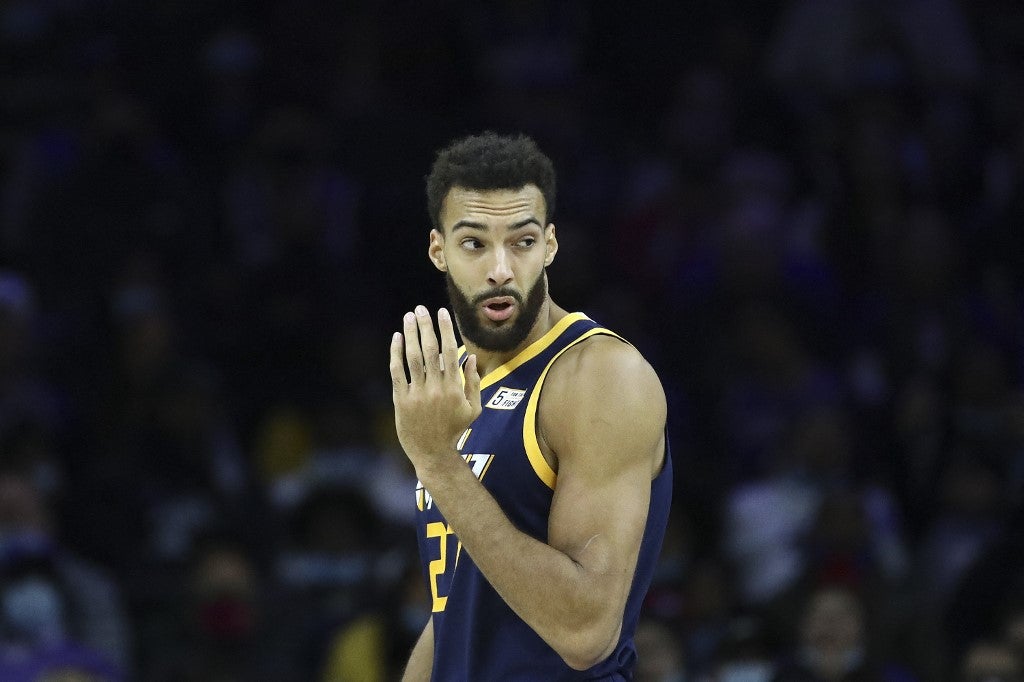 Rudy Gobert #27 of the Utah Jazz reacts against the Philadelphia 76ers at Wells Fargo Center on December 09, 2021 in Philadelphia, Pennsylvania.  Tim Nwachukwu/Getty Images/AFP

Rudy Gobert scored 22 points and grabbed 14 rebounds and Rudy Gay netted 21 points to lead the visiting Utah Jazz to a 120-105 victory over the Portland Trail Blazers on Wednesday night.

Six Jazz players scored 15 or more points and the team shot 52.9 percent from the field to win its fifth straight game overall and its eighth in a row on the road.

Damian Lillard and Norman Powell each fired in 32 points for Portland, but Larry Nance Jr. (14 points) was the only other Blazer to reach double figures for the short-handed squad that has dropped three games in a row.

The Blazers, who never led and trailed by as many as 22 points, were without two coaches, including head coach Chauncey Billups, and seven players who are all in the NBA’s health and safety protocols.

📹| 6 guys in double figures, Hassan & Rudy with double-doubles, and a season-high 21 points for Ocho ⤵️#TakeNote pic.twitter.com/Bsgk7yZaHA

Utah’s bench came up big on a night the team’s leading scorer, Donovan Mitchell, was sidelined with a back injury.

In all, the Jazz bench outscored the Blazers’ backups 59-22.

Gobert put the first points on the scoreboard with a dunk, foreshadowing a dominating night inside for the Jazz. Utah outscored Portland 74-30 in the paint.

Bojan Bogdanovic got off to a hot start, quickly scoring eight of his 15 points to boost the Jazz to a 16-3 lead almost six minutes into the game. Lillard helped Portland surge to within five, 25-20, with a 3-pointer, but Gobert and Clarkson finished the quarter with consecutive dunks for a 36-27 lead.

Despite 13 points in the second quarter by Powell, the Jazz built their lead up to 16 before settling for a 10-point advantage at the break.

Gobert dominated the interior to open the fourth, scoring six straight Jazz points to give Utah a 107-87 lead with 7:26 remaining.

Utah improved to 7-0 vs. Northwest Division opponents and 15-3 in Western Conference action.