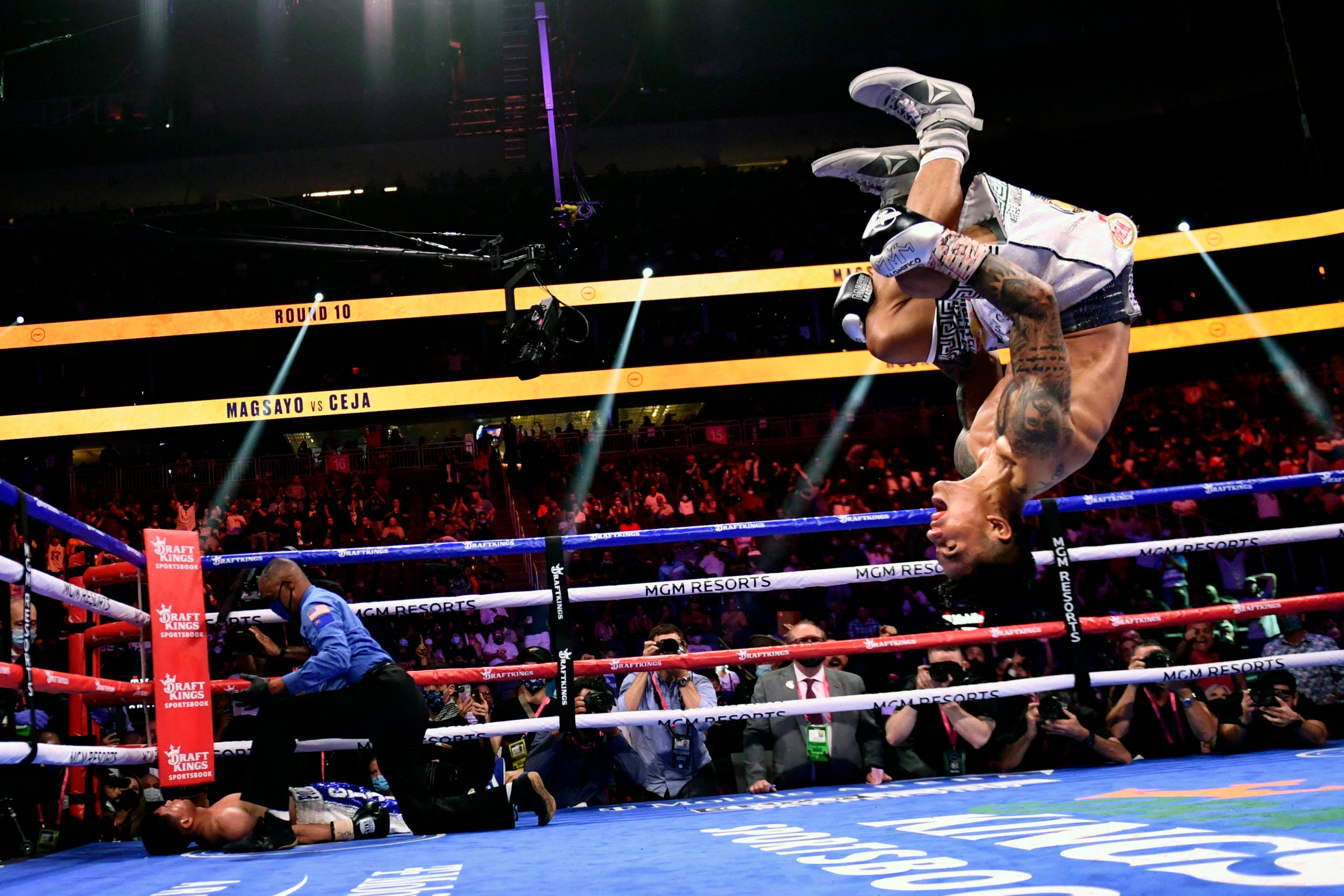 MANILA, Philippines—Filipino pugilist Mark Magsayo’s stunning victory over Julio Ceja was named as the Premier Boxing Champions’ Knockout of the Year for 2021.

The PBC announced on social media that Magsayo earned a combined 42.4 percent of the votes from its Twitter and YouTube polls.

Magsayo’s brutal 10th round knockout of Ceja on August 21 won over the sleepers of WBA lightweight champion Gervonta Davis over Mario Barrios. Jaron Ennis over Thomas Dulorme, and Anthony Dirrell over Marcos Hernandez.

The results are in! With a combined 42.4% of the votes from our Twitter and YouTube polls, YOUR choice for the #BestOfPBC2021 KNOCKOUT OF THE YEAR is… @markmagsayo_MMM's brutal 10th-round knockout over Julio Ceja from August 21st! 💥🥊#KnockoutOfTheYear pic.twitter.com/8fFlqgSRHR

The 26-year-old thus went to Facebook Live to broadcast his elation after boxing fans chose his devastating right straight as the best stopper of the year.

“I started a Facebook Live so that I can thank all of you with all my heart for your trust in my abilities to win,” said Magsayo in Filipino. Fortunately we won and your votes weren’t wasted. Thank you for all the support.”

Magsayo (23-0) has 16 knockouts to his name and his win over Ceja came in an absolute barnburner as both fighters touched the canvass a combined three times.

Ceja was the first to go down in the first but he recovered from the earlier knockdown and managed to put Magsayo to the mat in the fifth.

Magsayo, evidently down in the cards, then battered Ceja in the 10th to earn his second straight knockout in 2021.

Legendary trainer Freddie Roach, who trained Magsayo in the lead-up, congratulated the knockout artist on Instagram on Thursday.

“Congratulations to Mark ‘Magnifico’ Magsayo on receiving PBC’s 2021 KO of the Year!” wrote Roach on Instagram.