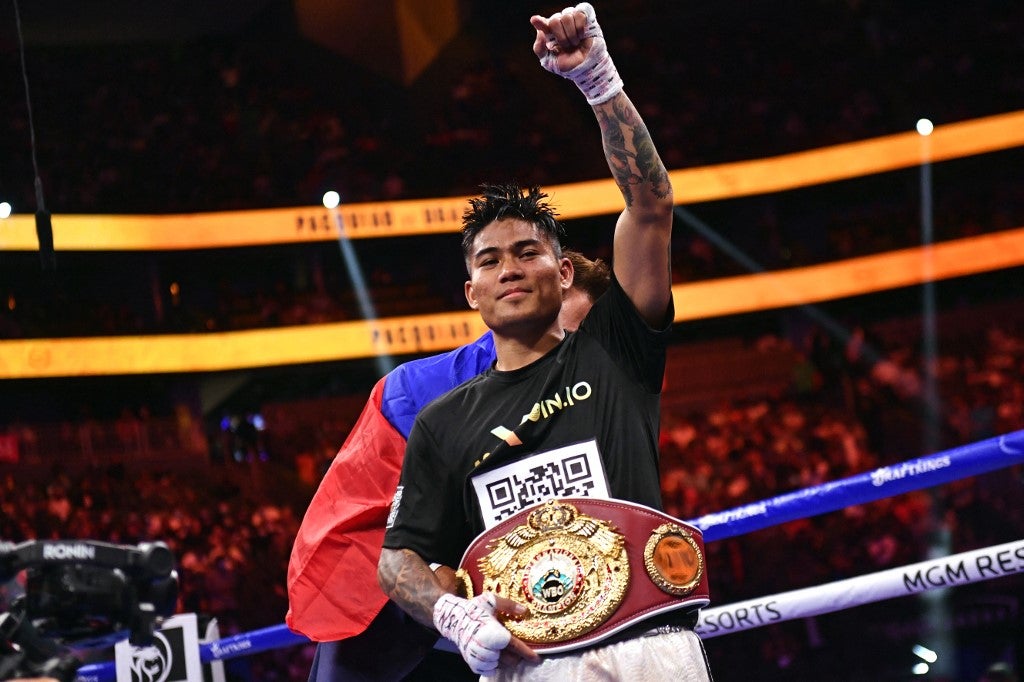 MANILA, Philippines—Undefeated featherweight Mark Magsayo has been named Prospect of the Year by the World Boxing Council.

Last August, Magsayo showed he’s just scratching the surface of his potential when he showed great resolve in knocking out tough-as-nails Julio Ceja of Mexico in the 10th round of their title eliminator.

“Thank you to everyone who voted and everyone who made me a part of this. I will keep working hard,” the Tacloban City, Leyte native wrote on social media on Wednesday.

The Comeback of the Year, meanwhile, belonged to Nonito Donaire Jr., who regained world champion status in his first fight since losing his WBA (Super) title to Naoya Inoue.

Donaire knocked out Nordine Oubaali in the fourth round back in May to claim the WBC bantamweight belt, 18 months after losing a grueling 12-rounder to Inoue.

The 39-year-old Donaire (42-6, 28KOs) is the oldest bantamweight champion in boxing history. He recently defended his crown by knocking out fellow Filipino Reymart Gaballo also in the fourth round.

The victory over Ceja earned Magsayo his first world title shot after he was tapped as the mandatory challenger to WBC featherweight champion Gary Russell Jr.