RJ Barrett banked a 3-pointer at the buzzer Thursday night to cap a historic comeback by the host New York Knicks, who overcame a 25-point deficit to stun the Boston Celtics 108-105.

After Jayson Tatum tied the game for the Celtics by draining a fall-away shot with 1.5 seconds left, the Knicks called timeout. Barrett then took the inbounds pass from Alec Burks, dribbled once and hit a 25-footer with Tatum’s hand in his face.

Evan Fournier fueled the comeback — the biggest for the Knicks since they overcame a 26-point deficit to beat the Milwaukee Bucks on March 14, 2004. He scored a career-high 41 points, including the 21-footer that tied the game for the first time at 96-96 with 4:04 left and the 3-pointer that gave New York its first lead, 99-98 with 2:07 left.

Julius Randle finished with 22 points while Immanuel Quickley had 16 points off the bench for the Knicks, who snapped a tie with the Celtics for 10th place — and the final play-in berth — in the Eastern Conference. Barrett’s game-winner gave him 13 points.

Jayson Tatum scored 13 of the Celtics’ final 15 points and finished with 36 points for the visitors, who lost a heartbreaker for the second time in as many nights. Jaylen Brown missed a layup at the buzzer of a 99-97 loss to the San Antonio Spurs on Wednesday.

Dennis Schroder had 20 points off the bench for the Celtics while Brown (16 points) and Marcus Smart (14 points) also got into double digits. 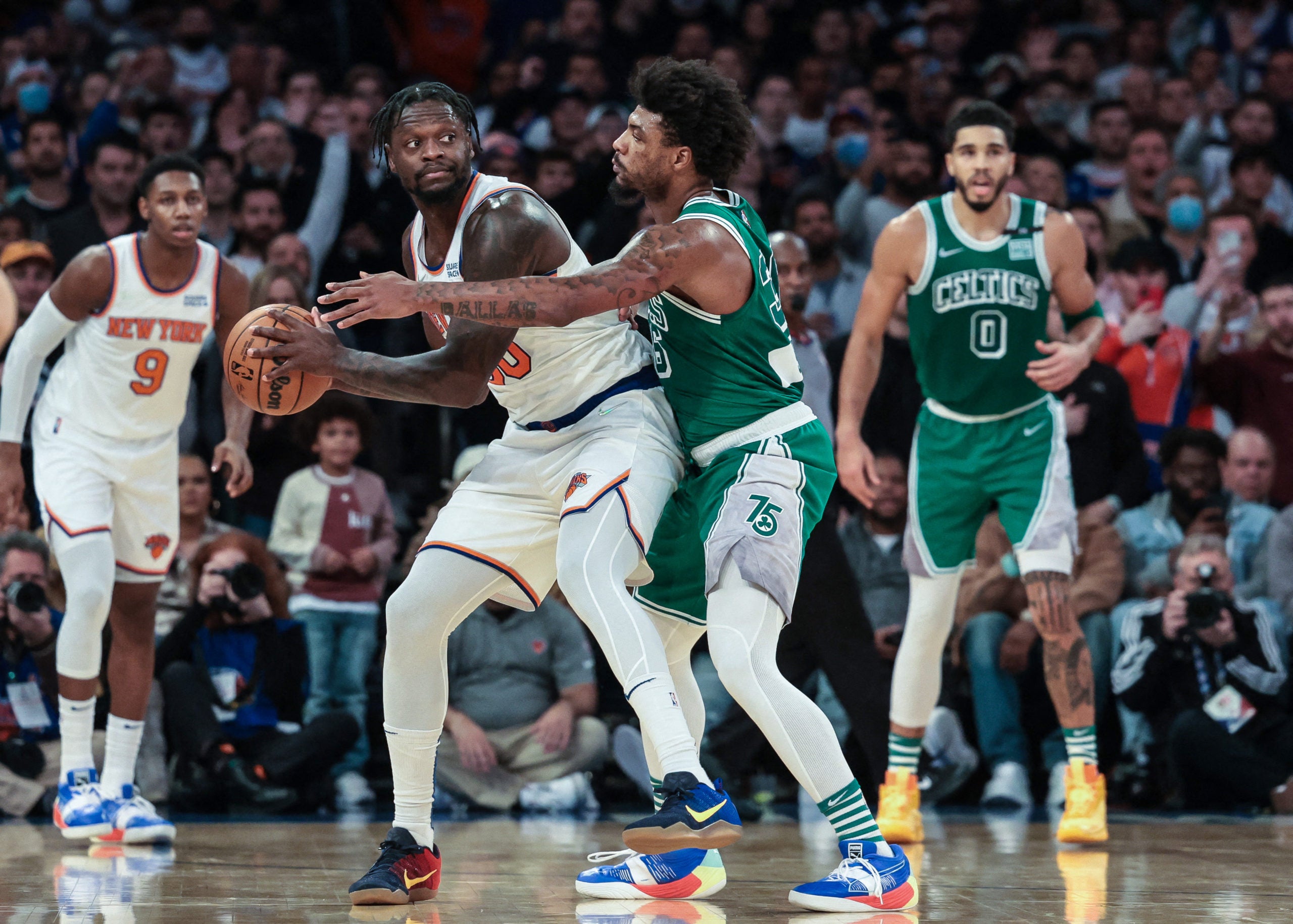 The Celtics went on a 32-11 run in the second quarter to take their biggest lead at 57-32 on Schroder’s 3-pointer. The Knicks surged back into the game by mounting a 24-6 run bridging the third and fourth quarters.

After Fournier’s go-ahead 3-pointer, Tatum responded with a 3-point play. Mitchell Robinson converted a game-tying alley-oop for the Knicks, who took the lead when Quickley hit a runner following an errant 3-pointer by Smart.