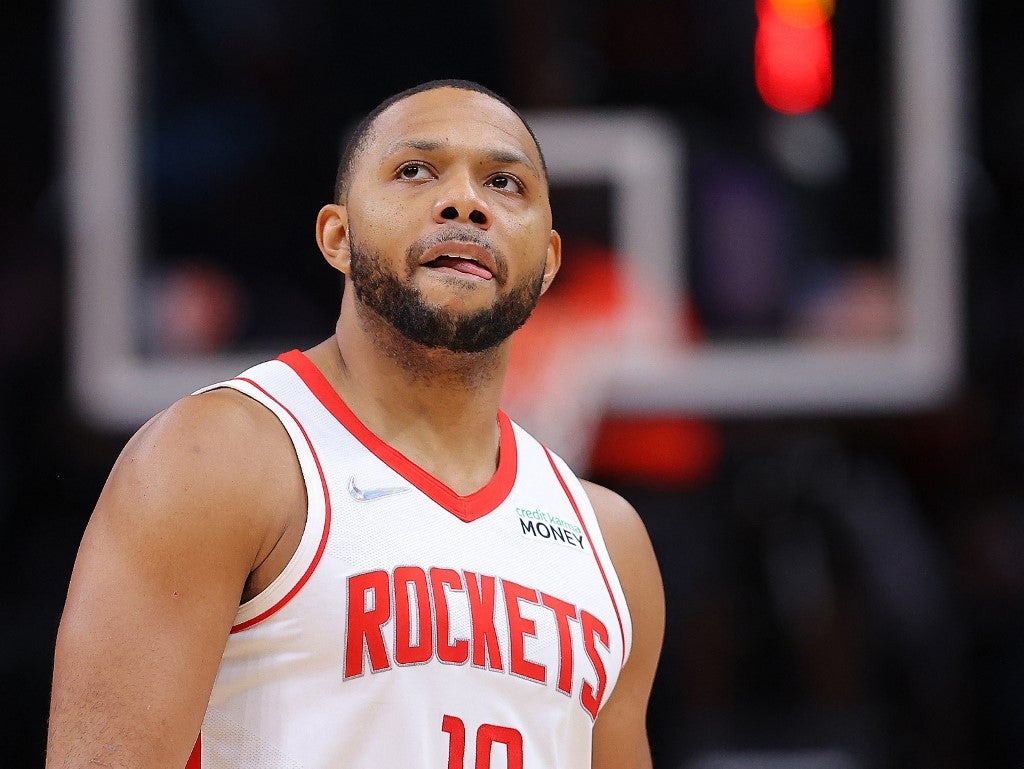 Eric Gordon scored 31 points and Kevin Porter Jr. contributed 12 of his 18 points in the final four-plus minutes as the visiting Houston Rockets defeated the San Antonio Spurs 128-124 on Wednesday to snap a three-game losing streak.

The Rockets led by just four with 5:01 to play before Porter scored eight of his points during a 10-3 run over the ensuing two minutes to produce a 118-107 advantage.

He later hit a 3-pointer with 58.4 seconds left to extend the lead back to nine, and the Rockets held on down the stretch.

31 PTS on 9-of-10 shooting 🚀@TheofficialEG10's efficient scoring night fuels the @HoustonRockets to the road win! pic.twitter.com/zpegkSX4tT

Dejounte Murray racked up his 11th career triple-double with 32 points, 11 assists, 10 rebounds for the Spurs, who have lost four straight and eight of nine.

Bryn Forbes added 21 points, Keldon Johnson had 18, Jakob Poeltl 13, Devin Vassell 12, and Keita Bates-Diop and Lonnie Walker IV 11 points apiece. The Spurs were without starters Derrick White and Doug McDermott, who are in the league’s health and safety protocol.

The Rockets led for the majority of the first half and by as many as 12 points in the first period.

San Antonio rallied from a 37-28 deficit with 1:47 left to pull within three points going into the second quarter.

The Spurs jumped into the lead on a 3-pointer by Forbes with 2:12 to play in the first half, and used Murray’s layup with 1.9 seconds left to expand their advantage to 67-63 at halftime.

Forbes hit six of his nine 3-point shots and led all scorers with 19 points off the bench in the first half, with Murray and Johnson adding 10 each.

San Antonio ran off to a nine-point lead in the third quarter before the Rockets, behind 10 consecutive points by Gordon, jumped back in front at 91-90 entering the final period.