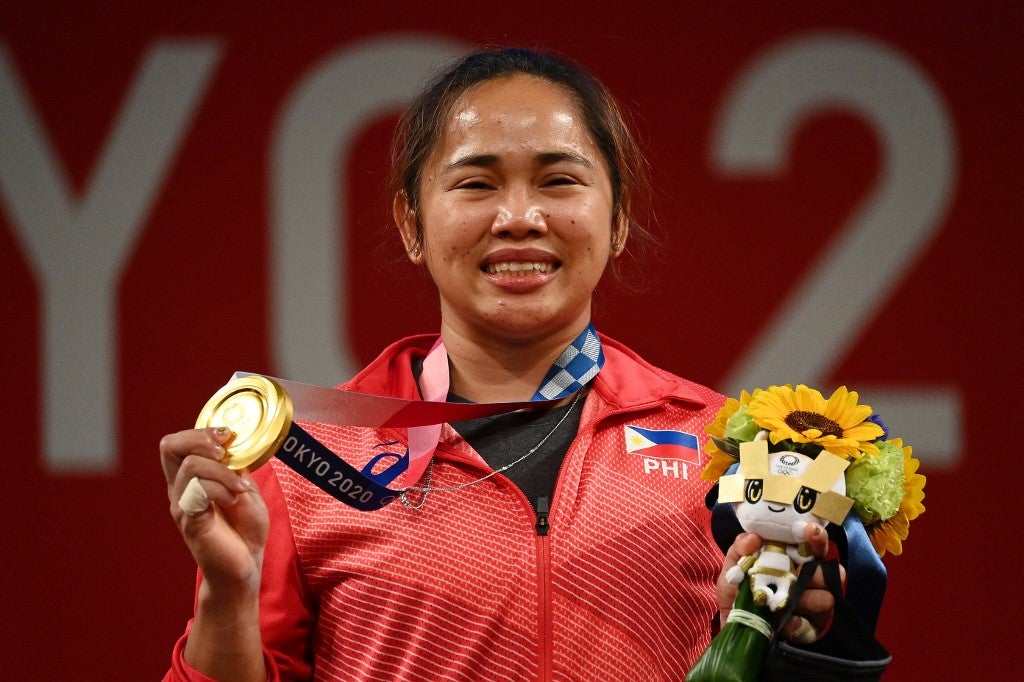 FILE–Gold medallist Philippines’ Hidilyn Diaz stand on the podium for the victory ceremony of the women’s 55kg weightlifting competition during the Tokyo 2020 Olympic Games at the Tokyo International Forum in Tokyo on July 26, 2021. (Photo by Vincenzo PINTO / AFP)

Hidilyn expressed her full support to Obiena, who is being accused by his own national sports association of misuse of funds.

“I know it’s and you’re going through a tough time right now,” Diaz told Obiena in Filipino during an appearance on the “Level Up” show on Radyo Katipunan.

As a fellow athlete, Diaz is familiar with the trials Obiena is facing. 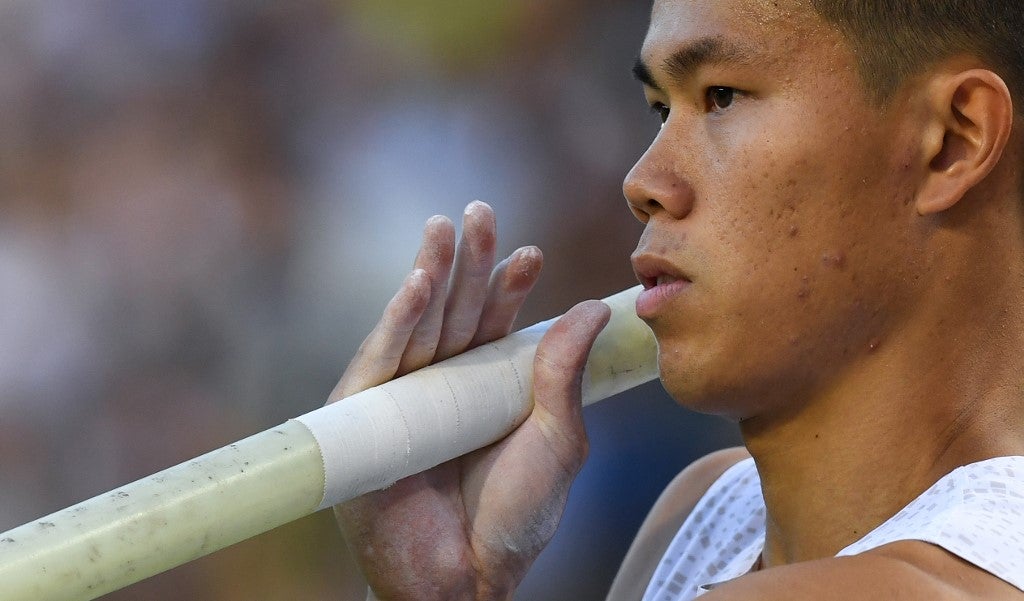 Diaz, the Tokyo Olympics gold medalist, also had her own issue over funding back in 2019 where she appealed for financial support.

“Always remember that you can do it and you’re doing this because you can do it. You’re capable of winning the gold medal in the Olympics and we have faith in you,” Diaz, who is still recovering from COVID-19, said.

Despite his rift with Patafa, Obiena remained committed to representing the country.

The 26-year-old recently underwent successful knee surgery and is expected to compete in his first event of the year in Germany.