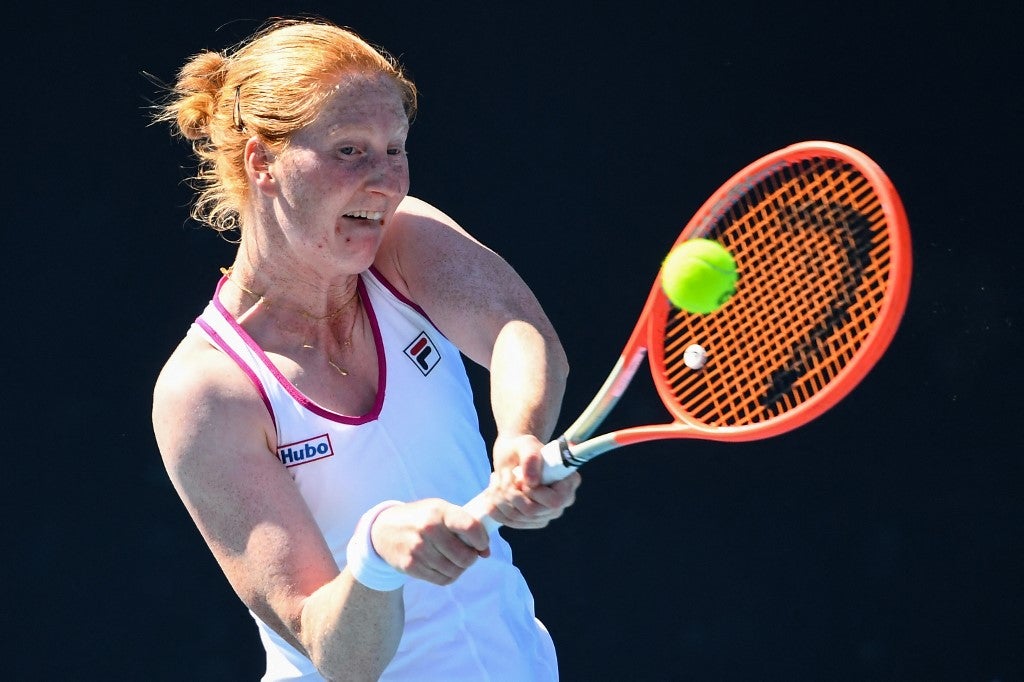 Belgium’s Alison Van Uytvanck hits a return against China’s Wang Qiang during their women’s singles match on day three of the Australian Open tennis tournament in Melbourne on January 19, 2022. (Photo by William WEST / AFP) / — IMAGE RESTRICTED TO EDITORIAL USE – STRICTLY NO COMMERCIAL USE —

Belgian tennis player Alison Van Uytvanck said on Sunday she had tested positive for COVID-19 after playing at the Australian Open.

“My exit test in Melbourne to go back to Belgium came back positive,” she said on social media.

“I’m isolating and following all of the requirements.”

Van Uytvanck partnered Dane Clara Tauson to a three-set loss in the opening round of the women’s doubles on Thursday on Court 14 at Melbourne Park.

Tauson played Danielle Collins in the singles on Saturday. Collins is due to play a fourth round match on Monday against Elise Mertens.

Tennis Australia has yet to respond to questions about health protocols regarding Collins.

Van Uytvanck was eliminated in the second round of the singles by China’s Wang Qiang on Wednesday.

“I have very mild symptoms and looking forward to being back stronger,” said the Belgian.

It was the third confirmed positive case of a player testing positive for the virus at the year’s opening Grand Slam.

Organizers have described their COVID-19 protocols as being “really successful” despite some top players saying there was a lack of testing at the Melbourne Park event.