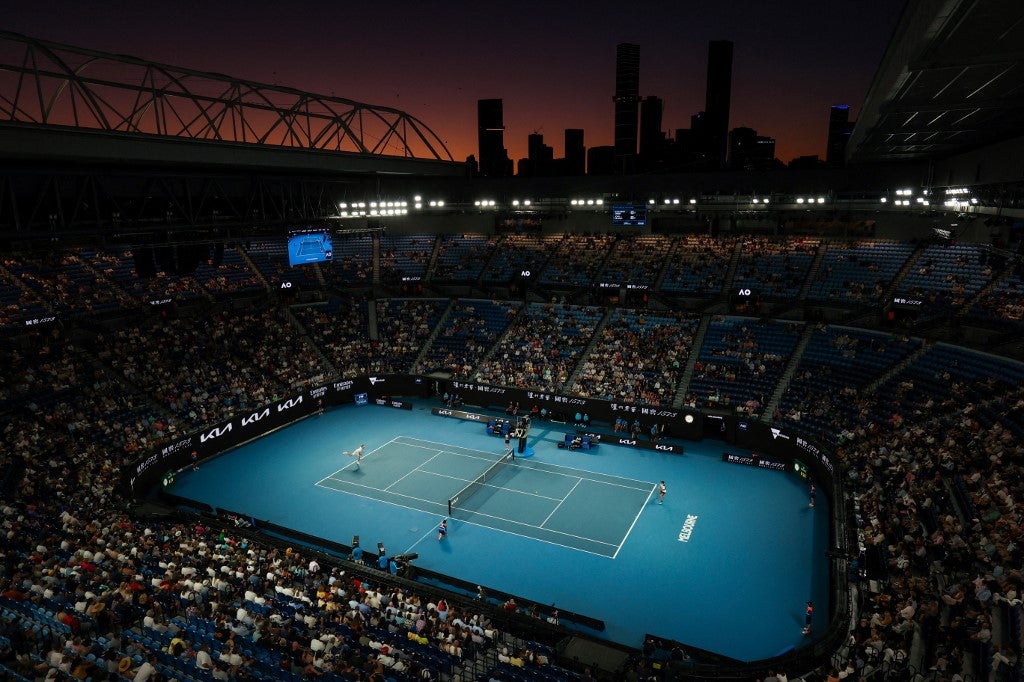 The sun sets as Germany’s Alexander Zverev (L) serves against Australia’s John Millman during their men’s singles match on day three of the Australian Open tennis tournament in Melbourne on January 19, 2022. (Photo by Martin KEEP / AFP)

MELBOURNE–Australian Open organizers insisted on Thursday their COVID-19 protocols have been “really successful” despite some top players pointing to lax testing at the first Grand Slam of 2022.

The tournament director said all players had to test on arrival then again between day five and seven of the Jan. 17-30 competition whose start was overshadowed by the deportation of unvaccinated men’s world number one Novak Djokovic.

“On top of that there’s mandatory symptom testing and every single day each player is provided with an antigen kit that they can pick up at hotel or here on site,” Craig Tiley told Australia’s Channel 9.

“So far it’s worked well and it’s been really successful.”

“I test every two days by myself in my room,” the Spaniard said on Thursday. “It’s not mandatory. I still do it.”

“I have been trying to get a few antigen tests and rapid tests to see whether or not I’m positive, which is a responsibility that I have, it’s something that I have to do in order to see if I’m 100%,” he added.

Australia on Thursday reached 2 million cases in the pandemic, though deaths have been relatively low by international standards at just over 2,900.

“Right throughout the year, the players have been traveling around the world and there have been protocols they have been following that have enabled them to do that,” Tiley added, saying Australia’s protocols were even more rigorous.