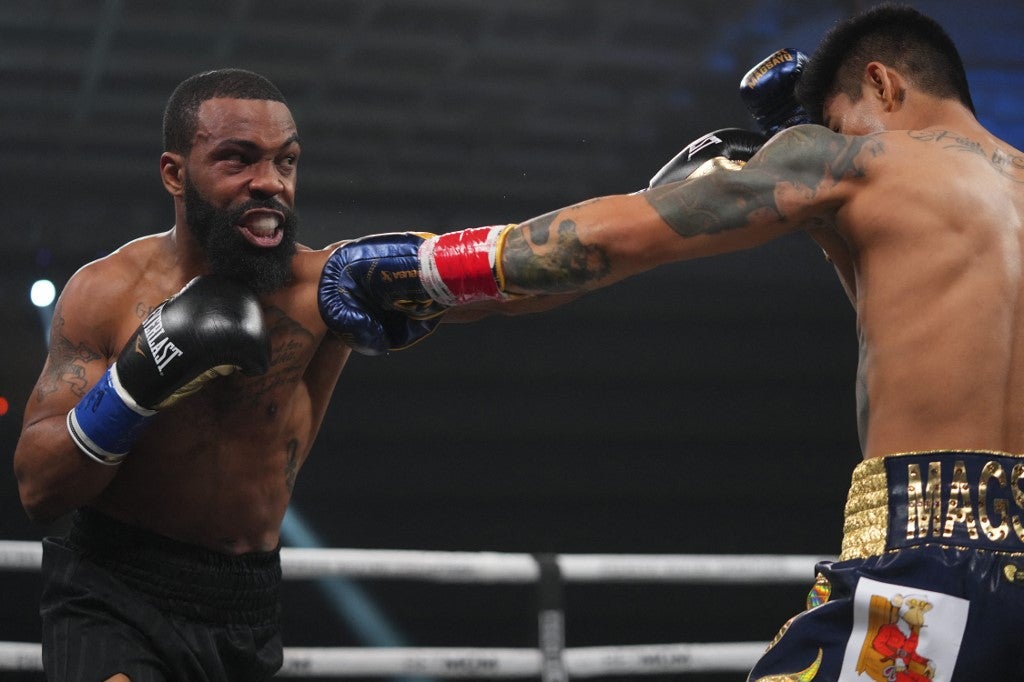 MANILA, Philippines—Gary Russell Jr. may have lost his WBC world featherweight title but the fight he brought to new champion Mark Magsayo was nothing short of spectacular.

Fighting with just one hand early in the fight due to a torn tendon in his right shoulder, Russell still managed to last the whole 12 rounds behind a supreme defensive effort against the aggressive Magsayo in the main event of the Showtime card at Borgata Hotel Casino in Atlantic City, New Jersey.

Russell threw just three combined jabs in rounds four and five and completely abandoned his off-hand starting in the sixth because of the injury.

“I refused to put this fight back, and I fought with one arm,” said Russell in the post-fight interview with Showtime’s Jim Gray. “That’s what true champions do.”

Russell attempted a total of 64 jabs in the fight, which is a mere fraction of Magsayo’s 203.

Despite his massive handicap, Russell wasn’t totally outclassed in the bout as he lost via majority decision with judge Lynn Carter scoring the fight a 114-114 draw.

The 33-year-old Russell even gave Magsayo a display in ringwork forcing the orthodox fighter to run straight into his left hand.

Magsayo, who was visibly tired from rounds seven to nine, eventually adjusted and went back to his jab in the 10th and 11th rounds effectively sealing the win that ended Russell’s near seven-year reign.

Russell had his last gasp effort in the 12th but it was already clear at that point that Magsayo was walking away with the green-and-gold belt.

“I gave him a boxing lesson all the way through, I landed clean whenever I wanted to, I couldn’t use my right arm but I still able to use effective shots and touch him at will,” said Russell, who added he hurt his shoulder two weeks before the fight.