NBA: Jayson Tatum pours in 51 to power Celtics past Wizards 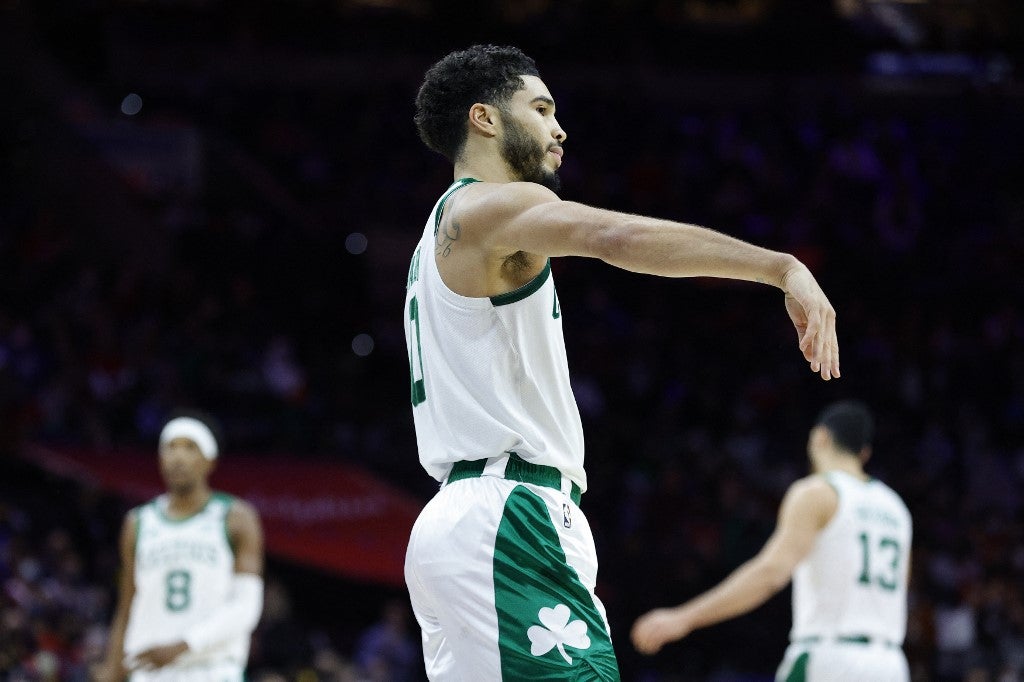 Jayson Tatum snapped out of a 3-point shooting slump with a flourish, hitting 9 of 14 from distance en route to a season-high 51 points, and the Boston Celtics cruised past the Washington Wizards 116-87 Sunday in Washington, D.C.

Tatum came into Sunday’s matchup having missed his previous 20 3-point attempts and going 0-for in each of Boston’s previous three games. But he hit his first four attempts against the Wizards and went 6 of 7 in the first half — the last of which came just seconds before halftime.

🔥 @jaytatum0 had the GREEN LIGHT all game long! 🔥

Brown shot 4 of 9 from 3-point range to do his part in Boston’s 19-of-39 deluge from deep. Marcus Smart (11 points) and Grant Williams (10 points) each made two from beyond the arc.

Smart added six assists and four steals, highlighting a stout defensive effort from the Celtics. The 87 points Boston allowed were the fewest since holding New York to 75 points on Jan. 8, and tied for the team’s fourth-lowest yield of the season.

The Wizards shot just 8 of 34 from long range and were a dismal 33 of 93 from the field overall.

Deni Avdija scored 13 points and Thomas Bryant 11 off the bench for the Wizards. Kyle Kuzma finished with 12 points and seven rebounds.