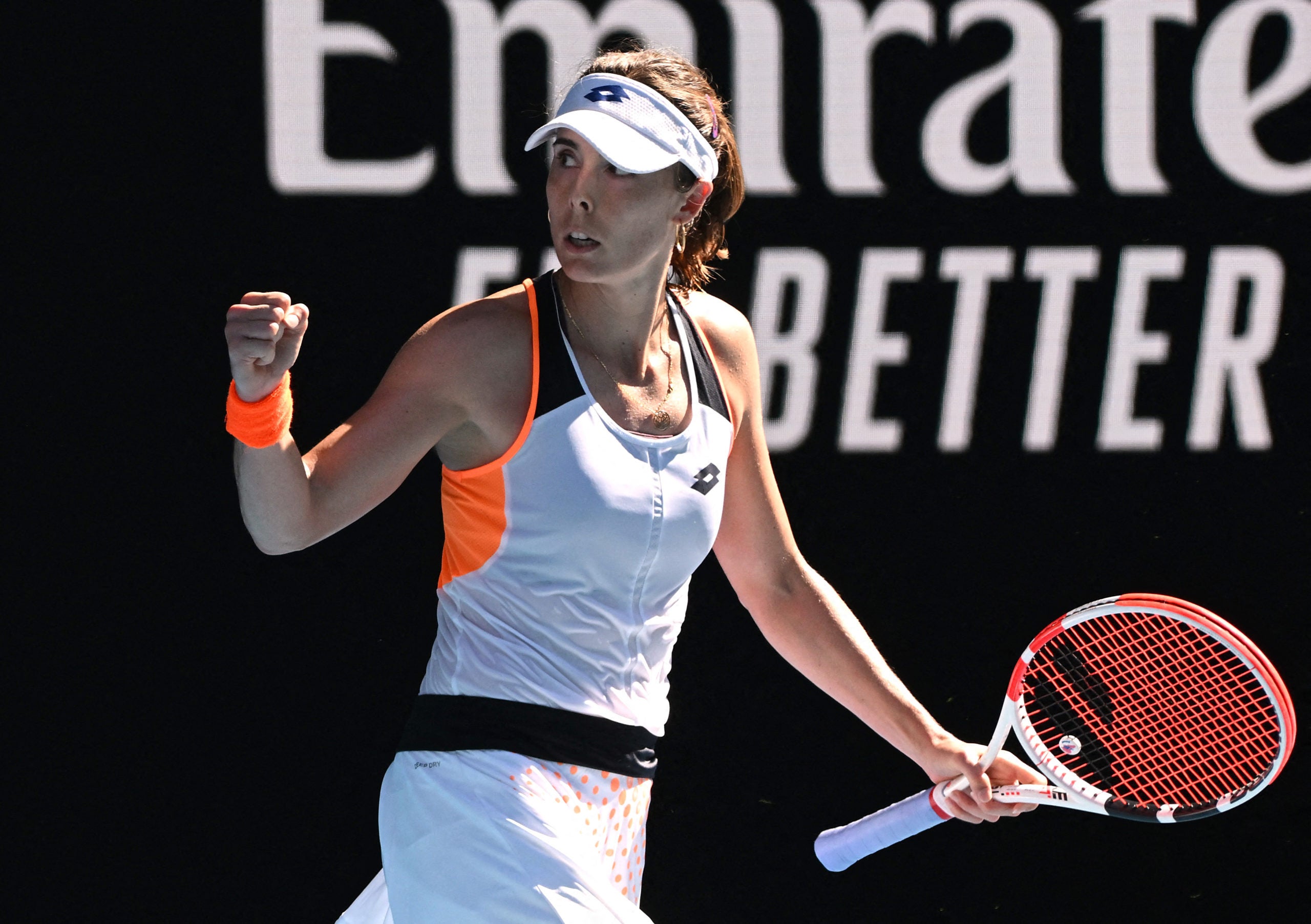 MELBOURNE – At the start of the year, Alize Cornet said she was considering retirement at the end of the 2022 season but after reaching her first major quarter-final at the Australian Open on Monday, the 32-year-old said the sky was now the limit.

Making her 63rd main-draw appearance at a Grand Slam, Cornet finally got beyond the fourth round when she survived stifling heat to outlast former world number one Simona Halep 6-4 3-6 6-4 and set up a meeting with American Danielle Collins.

On her 63rd main draw appearance, @alizecornet is into her FIRST Grand Slam quarterfinal. The world No.61 upsets Simona Halep 6-4 3-6 6-4.#AusOpen · #AO2022 pic.twitter.com/PwlBeFTPDA

This on-court interview between @alizecornet and Jelena Dokic is everything. #AusOpen · #AO2022 pic.twitter.com/F3nN0XSHNX

“I just have to soak it in, like, take time to appreciate the moment and be proud of what I did today. But definitely from tomorrow I will have to think about my next match and how I can go farther in the tournament.

“The sky’s the limit. I mean, I really want to be ambitious on this slam. For the first time in my life, I really believe I can go till the end. I think that’s what makes a difference.”

Cornet said she could not stop crying after winning the final point against Romanian Halep.

“It does feel really good. I was very emotional, and I didn’t know it would feel so good,” she said. “I think it will feel really good for the next couple of days till I have to get ready for my next match.

“But I really want to enjoy this moment because I’ve been waiting for it for a long, long time.

“I’m not sure I believed I could do it anymore, and that’s why it came to me. I think that when you expect things the less that it happens, actually.”

Cornet said she was looking forward to playing the 28-year-old Collins, ranked 30th.

“Oh my God, she impresses me a little bit because she’s like so intense, I’m intense too but I think she’s next-level intense. She’s hitting so hard.

“This is going to be a good match. I’m really happy to play against this kind of player.”