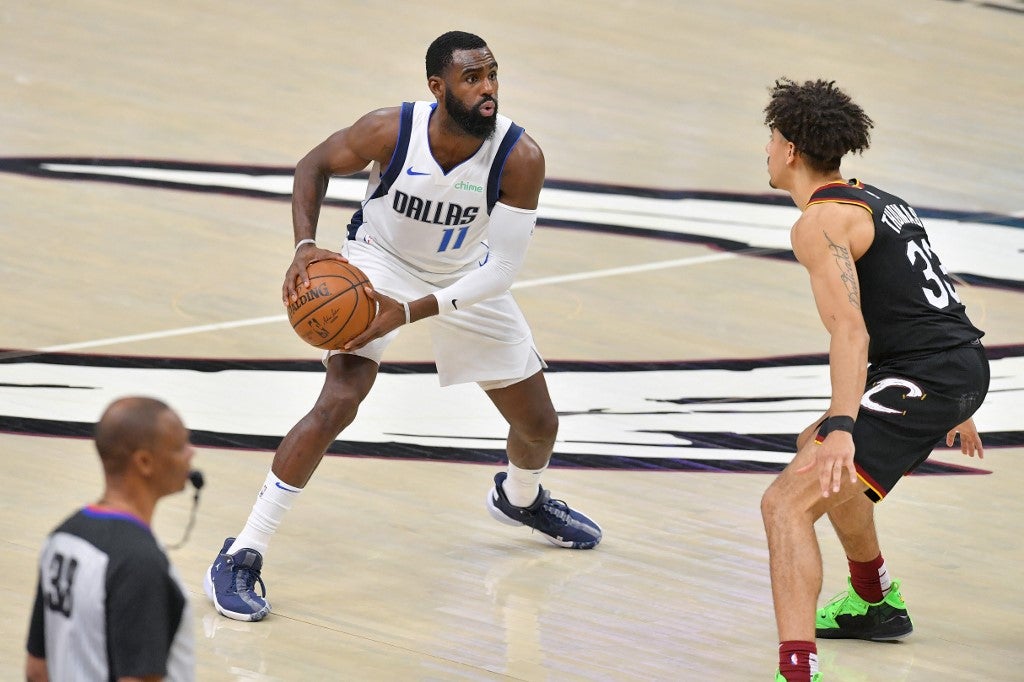 Hardaway had to be helped to the locker room in the second quarter, and the team confirmed the announced during the second half that he sustained a fractured metatarsal.

There was no immediate word on how long the 29-year-old veteran might be out of action.

Hardaway was driving to the basket with 7:17 left before halftime when he was fouled by Damion Lee and landed awkwardly on his left leg. He was able to take his two free throws — and make them both — before teammates were called upon to basically carry him into the locker room for further examination.

The son of Warriors legend Tim Hardaway was later seen in a wheelchair, being wheeled toward an area where X-rays could be taken on his ankle/foot area.

The Mavericks quickly reported to TNT that he would be out for the rest of the game. They lost to the Warriors, 130-92.

Hardaway, who scored 10 points in 10 minutes, is averaging 14.2 points and 3.7 rebounds through 42 games this season.