MANILA, Philippines—Utah Jazz guard Jordan Clarkson paid tribute to the late great Kobe Bryant with a tattoo featuring their time together with the Los Angeles Lakers.

Clarkson’s tattoo commemorated Bryant’s second death anniversary since the Hall of Famer perished in a helicopter crash along with his daughter Gigi Bryant in 2020.

Tattoo artist Steve Wiebe did the piece that covered Clarkson’s left thigh down to his knee.

Clarkson, who posted the tattoo on his Facebook page, played with Bryant from 2014 to 2016 during his time with the Lakers. 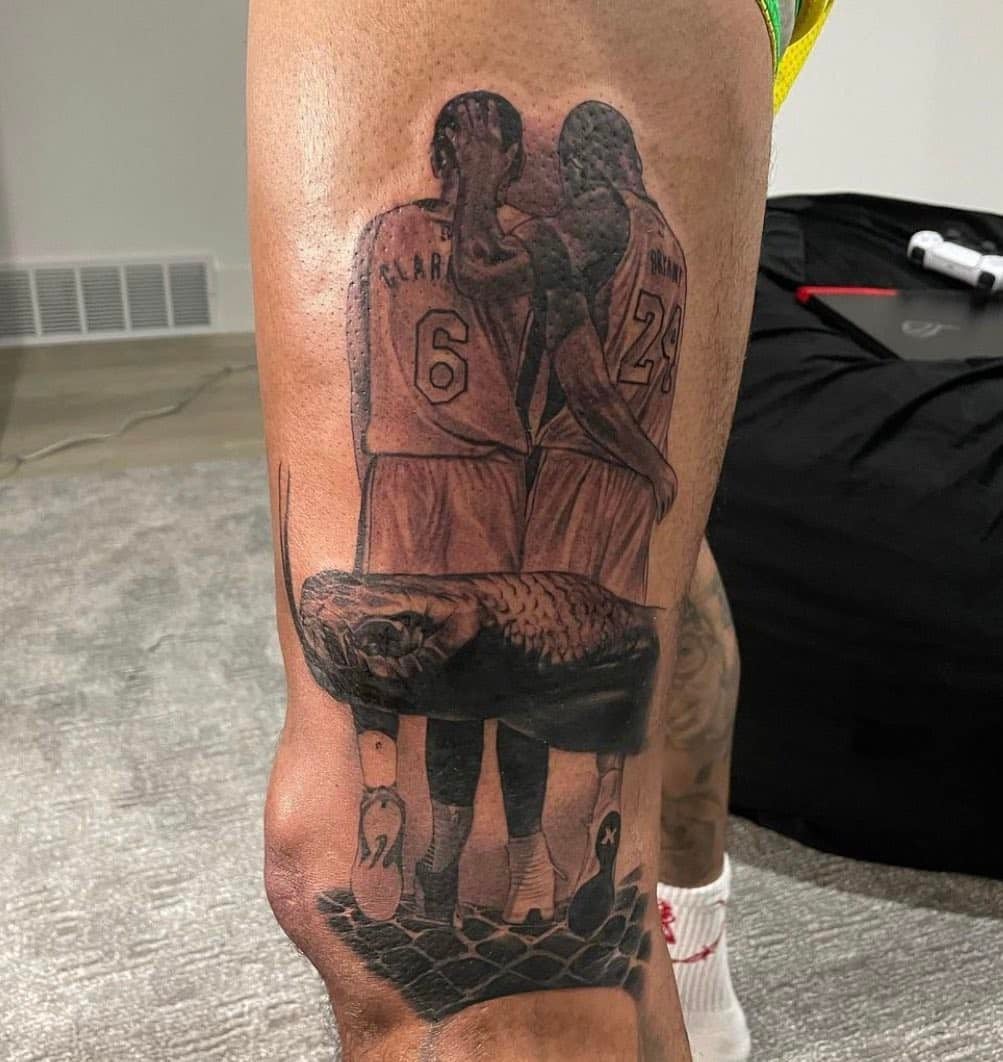 Drafted 46th overall from University of Missouri, Clarkson was one of the Lakers’ bright spots in the 2014-15 season, wherein the team finished 21-61, as he averaged 11.9 points, 3.2 rebounds, and 3.2 assists en route to a spot in the All-Rookie First Team.

Clarkson, who is of Filipino-American descent, stayed with the Lakers until February 2018 when he got traded to Cleveland.

He stayed with the Cavaliers until December 2019 as he got traded to the Utah Jazz wherein he became the 2021 Sixth Man of the Year.