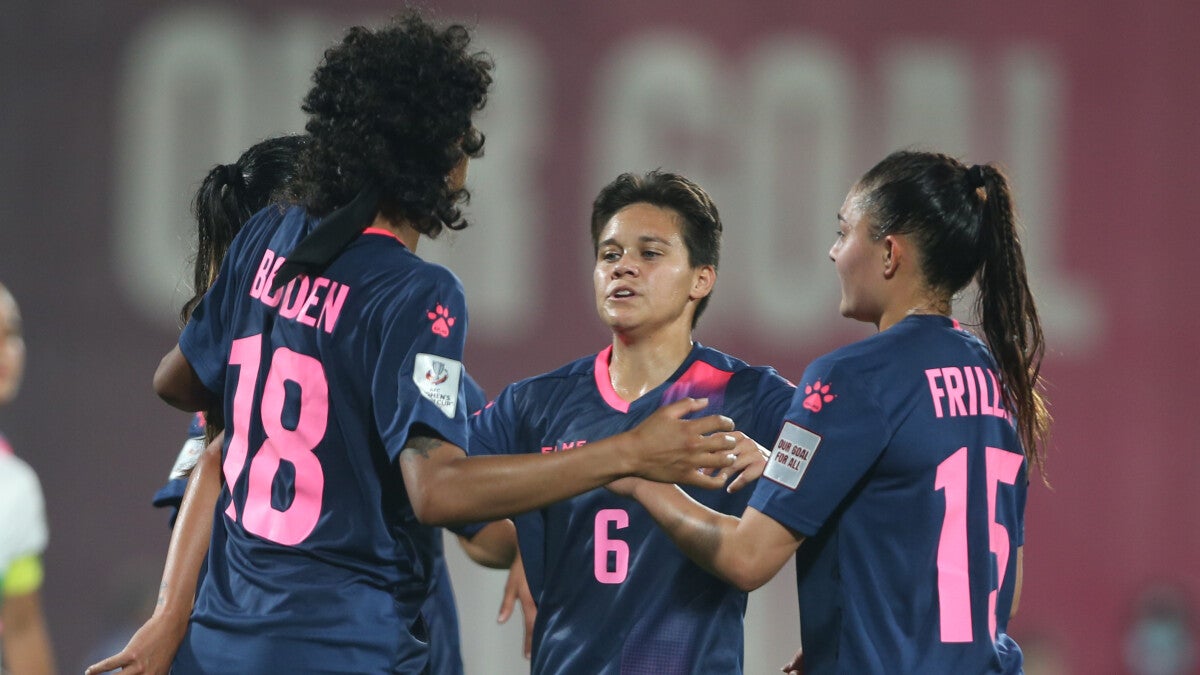 MANILA, Philippines—After putting up three remarkable performances in the AFC Asian Cup, the Philippine women’s football team still has a lot left in the tank.

The Philippines will need more of what it has shown so far on the continent’s biggest stage ahead of its most important match yet against Chinese Taipei in the quarterfinals on Sunday.

A victory will give the Filipinos a slot in the next year’s Fifa Women’s World Cup.

“What we’re trying to do is stay in the moment, embrace all the good things that are happening because of the hard work we’ve put in,” said Philippines skipper Tahnai Annis, who scored two scintillating goals in the 6-0 romp of Indonesia on Friday.

The victory propelled the Philippines into the quarterfinal round to move one win away from clinching the country’s first appearance in the World Cup.

As history beckons, there’s no stopping Annis and the rest of the team from reaching their goal.

“The time we spent together in this campaign is what makes it so different. We’ve been blessed with the opportunity to have such quality time together and it’s the most we’ve ever had in over a period of time and it really showed,” said Annis.

“We’re not finished yet, so we can’t get complacent, but it’s important to embrace how far we’ve come and all of the things we’ve accomplished thus far.”

The Philippines takes on Chinese Taipei on Sunday night.