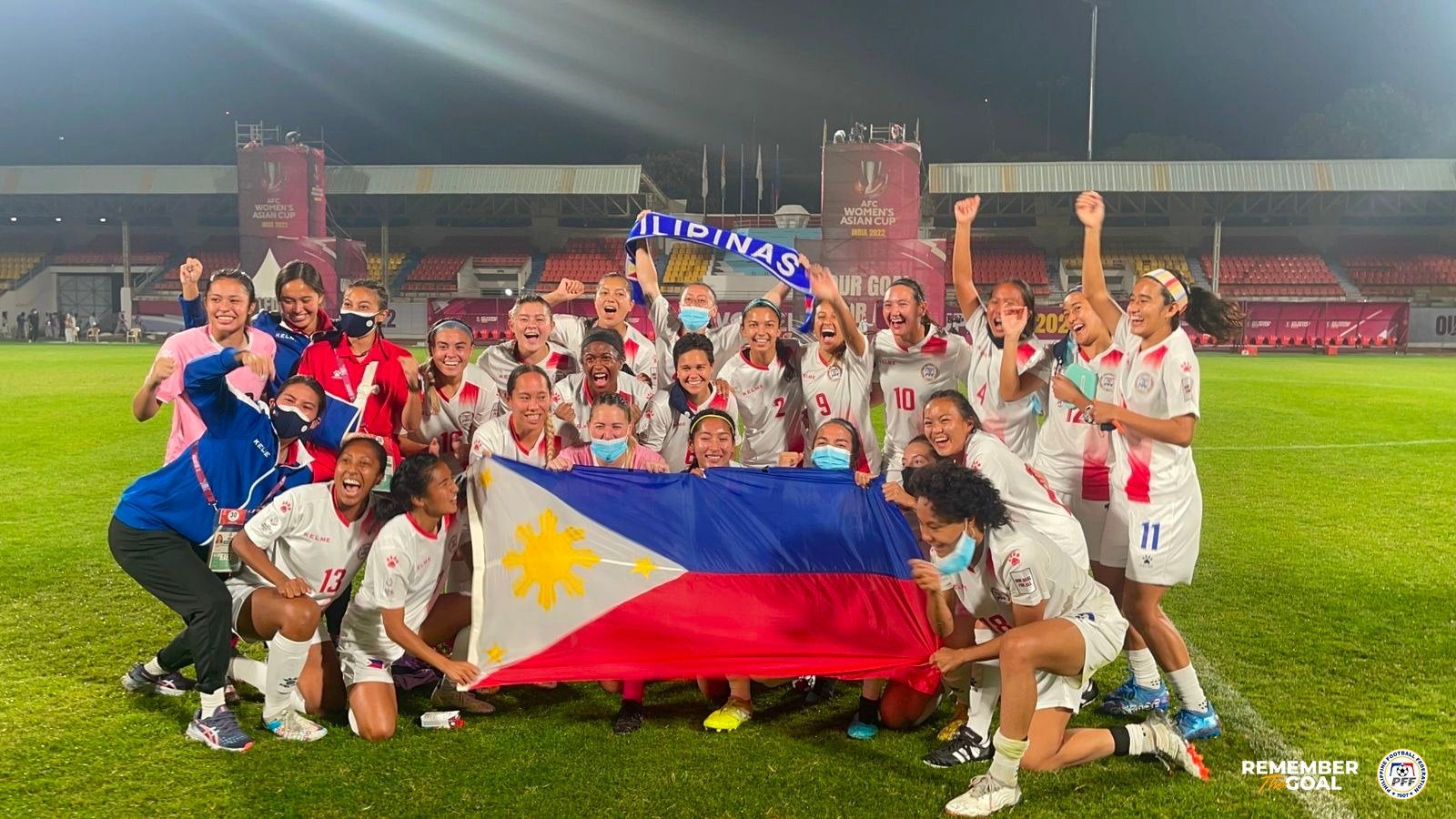 The Philippine women’s football team celebrates after booking a spot in the World Cup for the first time. PFF Photo

MANILA, Philippines—On the cusp of history, the Philippine women’s football team seized the moment and secured the country’s first ever appearance in the Fifa World Cup early Monday.

In dramatic fashion, the Philippines survived Taiwan, 4-3, on penalties for a Women’s World Cup berth and a spot in the AFC Women’s Asian Cup semifinals.

Both sides battled to a 1-1 draw with Taiwan’s Zhou Li-Ping providing the equalizer in the 83rd minute after Quinley Quezada opened the scoring in the 49th.

Historic. The Philippines are through to the semi-finals for the first-time ever and seal their 2023 #FIFAWWC berth after defeating Chinese Taipei on penalties!#WAC2022 | #TPEvPHI pic.twitter.com/zRyBQipBQ0

Sarina Bolden delivered the clincher after a couple of saves and a goal by keeper Olivia McDaniel.

“It’s an unbelievable achievement by the group, and a moment in history for the country, you won’t be able to take that away from the group,” said Philippines head coach Alen Stajcic.

“For now, every young kid back at home in the Philippines can be inspired to get to the World Cup themselves. The group is really proud of each other, but they’re even more proud to inspire the next generation.”

The Filipinos hope to add another milestone when they take on South Korea in the semifinals on Thursday still at Shiv Chhatrapati Sports Complex in Pune, India.

The World Cup, co-hosted by Australia and New Zealand, is scheduled for July 2023.