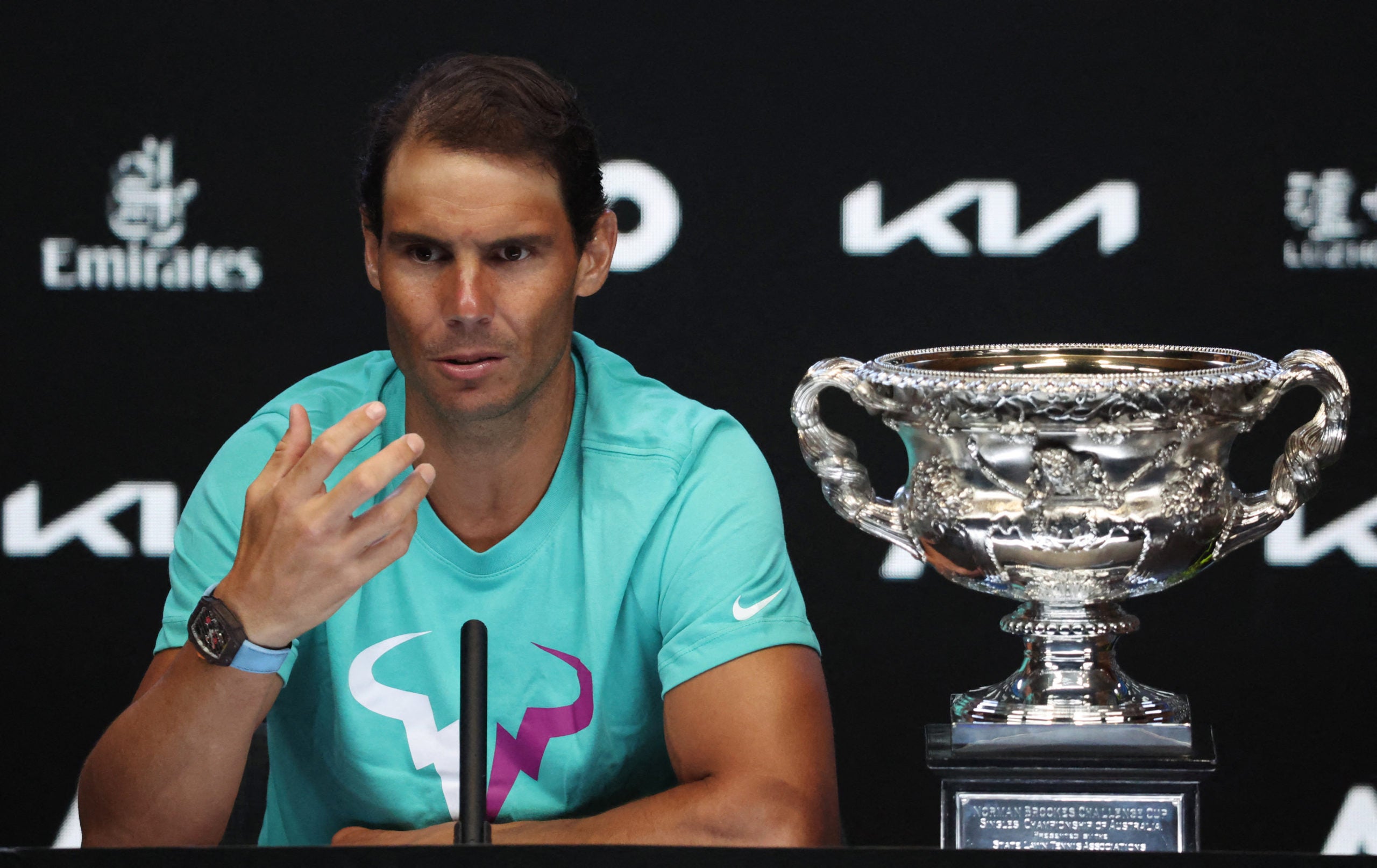 Spain’s Rafael Nadal sits alongside the trophy during a press conference after winning the Australian Open final against Russia’s Daniil Medvedev on January 31, 2022. REUTERS/Loren Elliott

Rafael Nadal said he was lucky to be part of an era of tennis that included Roger Federer and Novak Djokovic after the Spaniard won a men’s record 21st Grand Slam title at the Australian Open to move one ahead of his two great rivals.

Nadal roared back from two sets down to edge Daniil Medvedev 2-6 6-7(5) 6-4 6-4 7-5 in a classic final on Sunday, only months after fearing his glorious career might be over because of a niggling left foot injury.

He then paid tribute to Federer, who missed the year’s first Grand Slam to continue his rehabilitation from knee surgery and Djokovic, who was deported following a dispute over Australia’s COVID-19 entry requirements and his unvaccinated status.

“At the end of the day, it’s just a game and in some way we achieved more than what we ever dreamed of when we were kids,” Nadal told reporters. “It doesn’t matter that much if one is 21, one is 20, or the other finished 23 and the other with 21. 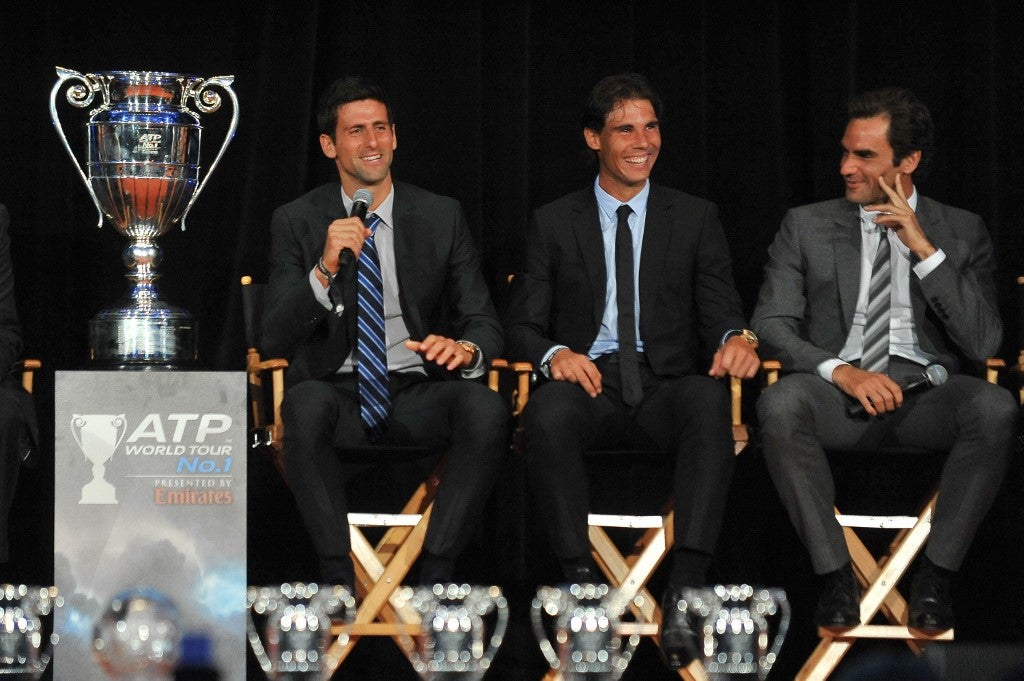 “I think we did very important things for our sport and we achieved our dreams and we enjoy it. I feel lucky to be part of this era that has been very special for our sport.”

The 35-year-old, who pulled out of Wimbledon, the Tokyo Olympics and the U.S. Open in 2021 and returned to competitive action last month, said the satisfaction of winning his second Australian Open crown was impossible to describe.

“It’s amazing to have this trophy with me,” Nadal said. “I tried hard during my career here in Australia, finally, it was probably the most unexpected year for me to achieve, one more time this beautiful trophy so I’m super happy.”

Nadal said he was not thinking about his next tournament.

“I have my schedule planned, but I’m enjoying the moment… I need to see how my body recovers from an amazing month and I’m going to make my decision,” Nadal said.

Rafael Nadal edges ahead of Federer, Djokovic in GOAT debate