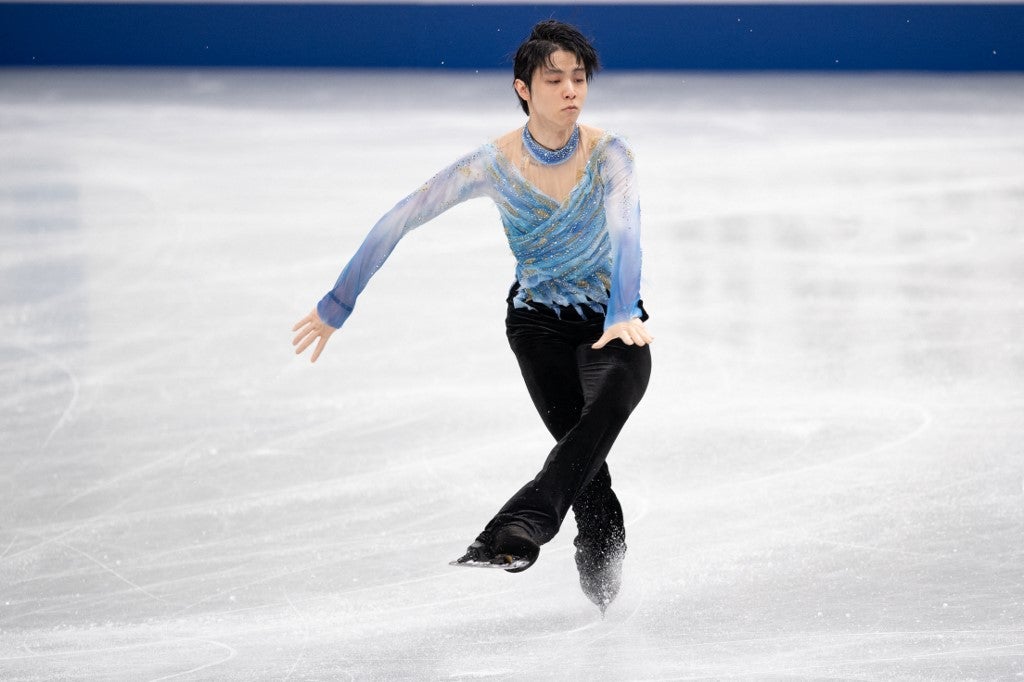 BEIJING— Double Olympic figure skating champion Yuzuru Hanyu has still not been seen in public in Beijing but the Japanese star has posted a video message asking fans for support and promising to attempt a quadruple Axel at the Winter Games.

Missing from practice sessions all week, Hanyu has had fans and media on edge as they awaited word on his arrival in the host city.

“At the Beijing Olympics, I am of course definitely planning to go for the win, including the 4A,” Hanyu said, using the shorthand for the quad Axel.

“For that, I know I’ll definitely need everyone’s power, so please cheer me on.”

Hanyu has been pursuing the 4A — the only quadruple of the six figure skating jumps not to be successfully landed in competition — with a determination verging on obsession.

Local fans are beside themselves due to his absence in Beijing, with some posting cheeky social media photos of the skater with the missing person message: “HAVE YOU SEEN HIM?” splashed at the top.

The figure skating competition starts on Friday with the team event, where compatriot Shoma Uno will represent Japan in the men’s short program.

The individual men’s competition is on Feb. 8 and Feb. 10.