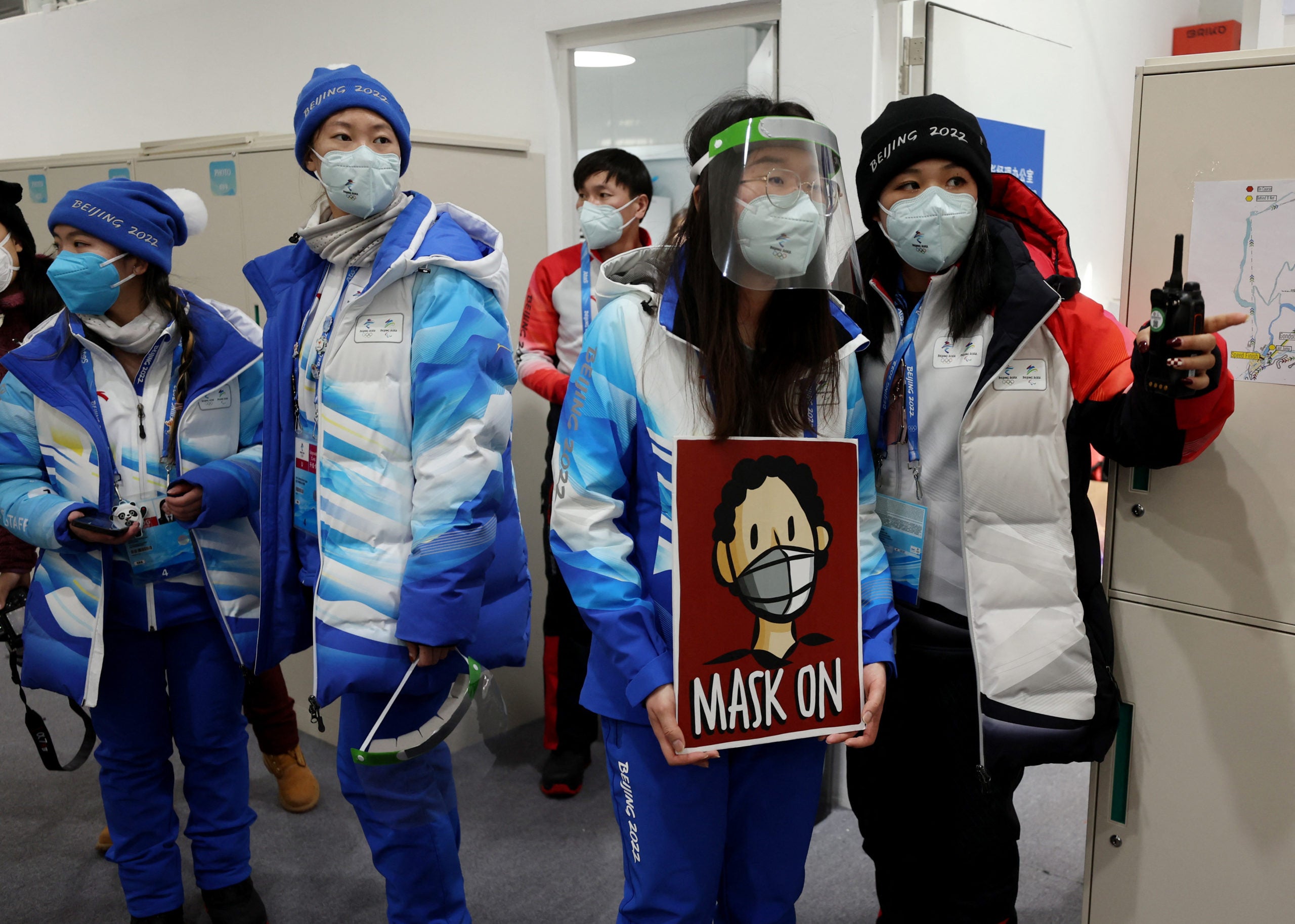 BEIJING – A sharp drop in COVID-19 cases on Feb. 5 among Beijing Olympics-related personnel was due to fewer arrivals at the airport and organizers said on Sunday that they did not expect any more large fluctuations in infection numbers.

China detected 10 new COVID cases among Olympic Games-related personnel on Feb. 5, the organizing committee of the Games said. That was down from Feb. 4’s 45 cases – the second-highest daily tally since arrivals commenced last month.

Among the latest cases, four were new airport arrivals, including two athletes or team officials. The remaining six were already in the “closed-loop”, a bubble keeping Games personnel away from the local population during the Feb. 4-20 Olympics.

“With an increased number of arrivals there were more positive cases,” Huang Chun, the Games’ deputy director-general of the office of pandemic prevention and control, told a news conference.

“After the (Games’) opening ceremony on Friday there is a drop in arrivals and we have even less inbound flights which means there will be fewer positive cases.

“We hope that we can keep that trend going and there might be just minor fluctuations.” While reduced arrivals mean a lower risk of infected individuals entering the country, organizers said measures within the “closed-loop” should remain tight to avoid any internal spread.

“We have to pay attention to measures in the closed-loop. We do not see any cluster spread and so far it has not affected the smooth progress of the competitions,” Huang said.

While competitions have not been seriously affected, dozens of athletes have already tested positive and moved into isolation, affecting their preparations and training.

“If we all follow the countermeasures I believe the level of positive cases will remain at relatively low levels,” Huang said.

Almost all of the 2,900 athletes expected at the Games have arrived as well as most of the team support and coaching staff.

In contrast to many countries seeking to live with COVID-19, China has isolated itself with a zero-tolerance policy, canceling nearly all international flights.

All Games participants – athletes, team officials, media and staff – arrive on special charter flights and are tested on a daily basis during their stay. They must also remain in the loop, which includes their accommodation as well as the sports venues, at all times.