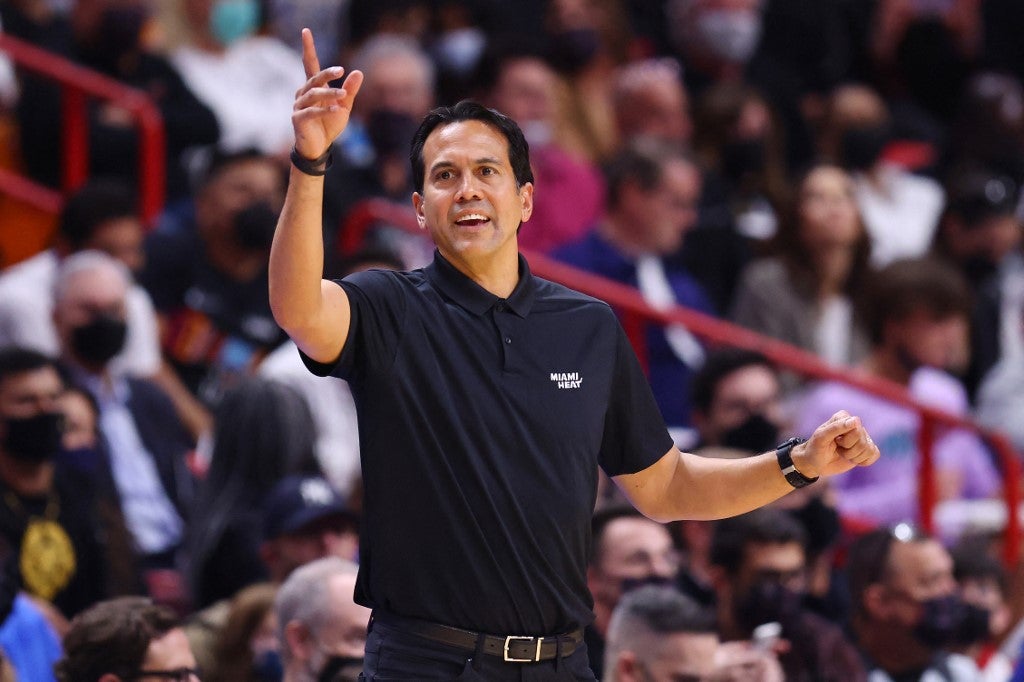 Head coach Erik Spoelstra of the Miami Heat reacts against the Los Angeles Lakers during the first half at FTX Arena on January 23, 2022 in Miami, Florida. Michael Reaves/Getty Images/AFP

Miami Heat coach Erik Spoelstra and his staff will coach Team Durant in the NBA All-Star Game on February 20 in Cleveland.

Spoelstra received the nod due to the Heat (34-20) having the best record in the Eastern Conference through February 6.

The Chicago Bulls, coached by Billy Donovan, fell out of first in the East with a 119-108 loss to the Philadelphia 76ers on Sunday. Chicago is 33-20.

Spoelstra will coach the team captained by Brooklyn Nets forward Kevin Durant. This will mark his second All-Star coaching appearance. He also coached the East in 2013 when the Western Conference posted a 143-138 victory in Houston.

Monty Williams of the Phoenix Suns was previously announced as coach of Team LeBron. The Suns own an NBA-best 42-10 record.

Team LeBron is captained by LeBron James of the Los Angeles Lakers.

The two captains will pick teams via a draft on Thursday.