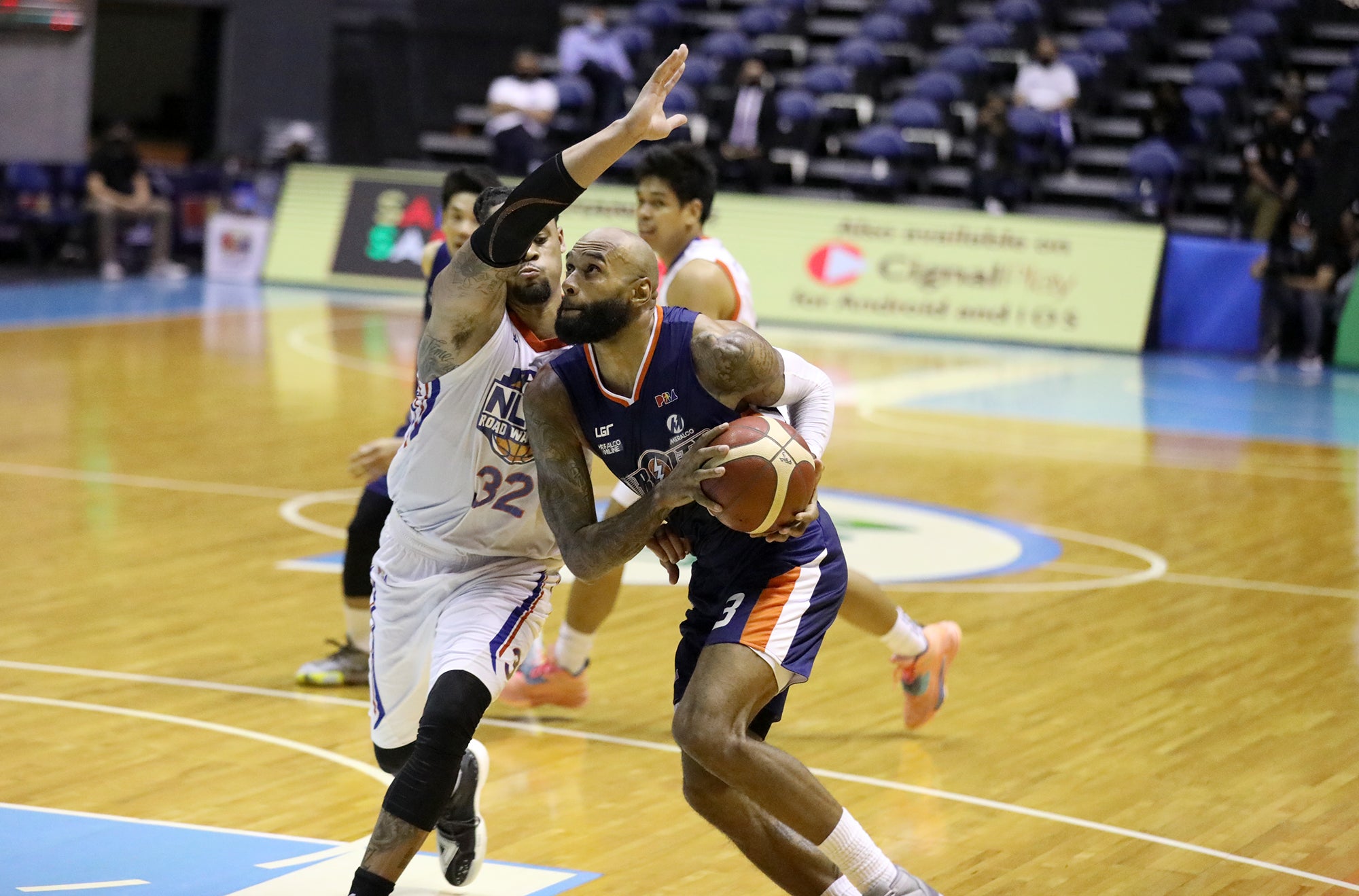 The Meralco Bolts have shown Chris Banchero from the ropes, dismantling the NLEX Road Warriors, 110-100, on Friday in the PBA Governors’ Cup at Smart Araneta Coliseum while their newly acquired playmaker sat at the sidelines and watched.

When the Bolts finally thrust Banchero into action, they want him fully prepared.

“Chris is one of the best point guards in the league and also one of my best friends. So it’s very [huge], chemistry-wise, to get him over here, and we can’t wait for him to suit up,” said Cliff Hodge, one of five players in double figures for Meralco against NLEX.

And Banchero will get his taste of the action on a really hot seat as the Bolts will gun for win No. 4 in a Sunday showdown against fierce Governors’ Cup rival—and tormentor—Barangay Ginebra.

The Bolts set the tone with their defense, and with Bishop leading the charge everywhere else.

“Well, I think we’ve located a formula that we can use to win: it starts with defense. Well, it starts with Tony actually, being very, very solid and very consistent,” Meralco coach Norman Black said in the postgame presser.

Bishop scored 14 of his total output in the first period, allowing the Bolts’ locals to play pressure-free against an NLEX side who are looking to reclaim its pace-setting spot in the race.

Aaron Black finished with 19 points, Chris Newsome 18 and Allein Maliksi 17, with Hodge pumping in a double-double of 11 points and 12 rebounds.

KJ McDaniels registered 41 points and 12 rebounds in the losing effort, while Kevin Alas, Calvin Oftana and new guy Matt Nieto all finished with twin digits for the Road Warriors, who dropped to 4-2.

NLEX coach Yeng Guiao rued the early exits of the rookie Oftana and Tony Semerad, who suffered varying injuries during the game.

“We’re disappointed [with the loss] of course. I think it’s also partly the effects of the long break. We had a bad start,” he said.

“But the bigger disappointment is that Calvin and Tony have injuries. We’re not sure how serious [their situation] is, but in the long term, I think that’s a more serious problem for us,” he added.

Oftana, the former San Beda ace and National Collegiate Athletic Association Most Valuable Player was pulled out of the game just when the Road Warriors were mounting a comeback. He left the Big Dome with a bandaged left hand.

The pair are currently going through medical assessment as of press time, according to the NLEX coach.

Meralco enjoyed leads as many as 20 points in the contest, setting a perfect stage for Banchero’s debut. But Black remains cautious about his team’s hot start.

“Our half-court offense is still a work in progress, but when we can push the pace, we have a good chance at winning,” he said.

The cat-quick Banchero should help in the pace department.

In related league news, Phoenix Super LPG has decided to tap Dominique Sutton as the club continues to nurse star import Paul Harris back in the pink of health.

A veteran reinforcement who served the Air21 and North Port franchises in the past, Sutton is set to backstop the 3-2 Fuel Masters in Sunday’s game against TNT.