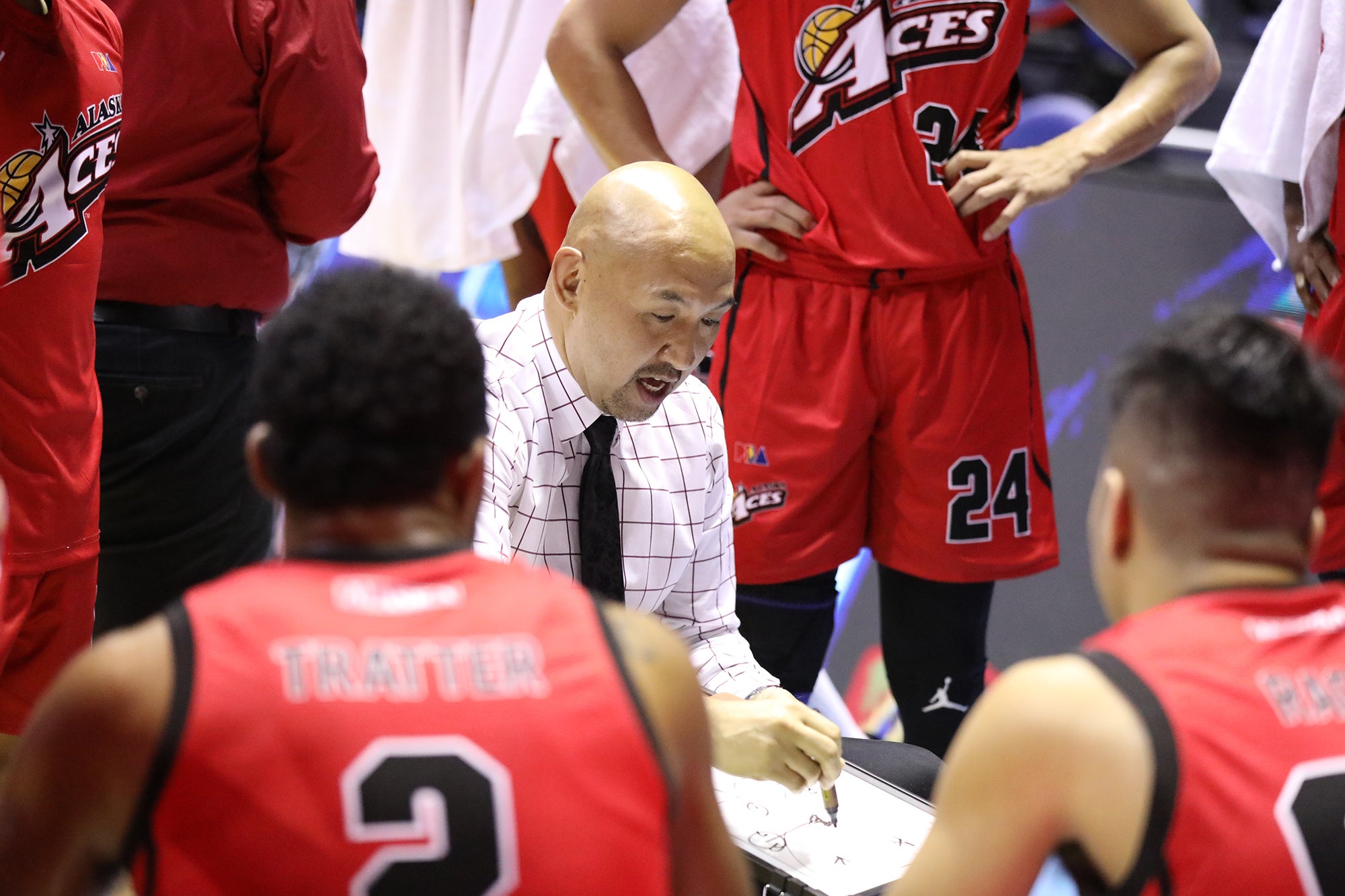 The Aces began their farewell tour with a game against the Rain or Shine Elasto Painters. —PBA IMAGES.

MANILA, Philippines–Just a few hours after the news broke, and even before newspapers could come out Thursday morning bearing the sad news that Alaska was leaving the PBA after 35 proud years of participation, a total of five serious buyers for the franchise has stepped forward, basically guaranteeing a full 12-team roster for the next season and giving remnants of the team the hope that they will continue working.

The league itself said it has three companies interested, while two have come directly to speak to Alaska team manager Dickie Bachmann, asking him of the costs in running the team and seriously expressing intent to purchase the franchise that won a total of 14 titles counting a rare Grand Slam in 1996.

“I’m just sorry that I cannot give out the names of those [two] companies,” Bachmann told the Inquirer over the phone early Thursday night. “But they are very serious and would want to acquire the entire team if possible.”

PBA commissioner Willie Marcial, meanwhile, is helping Alaska out in finding a buyer and revealed to reporters at Smart Araneta Coliseum also Thursday of the three companies that have expressed intent.

Though the sale has generated a lot of interest, Marcial said that a “tedious process” will be required to complete the transaction and that none from among the five buyers—or those who will come after them also willing to buy—is assured of sealing the purchase.

“It will take a lot of meetings and a whole lot of concessions as well,” the league chief told reporters. “We’re going to look at the prospective company’s financials, do a thorough background check. Only then we can elevate it to the board of governors; and to secure their nod, a two-thirds vote is needed.”

Marcial said the league is giving Alaska until the end of April to land a buyer of its own, otherwise, if the league makes the sale, the Aces remaining in the team will go through a dispersal draft.

The last time the league put together a dispersal draft was during the PBA’s third expansion back in 2014, when it welcomed Blackwater and Kia to its fold.

“We’re giving [Alaska] until April to land a buyer of their own. Otherwise, we’ll be the one supervising the whole process,” said Marcial.

The commissioner said that it would also be a race against time for the new franchise owner.

“We’re hoping for Alaska to land someone immediately so we can accommodate them into the next drafting cycle,” said Marcial.

The league has pinned May for its annual rookie selection, paving the way for a season opening around midyear. Bachmann also told the Inquirer that the franchise will not go for lower than P100 million—which is the current price—and said that it could even go higher if the team is bought lock, stock and barrel.

“My priority right now is to find these people [in the team] jobs,” Bachmann said. “That’s what Fred [Uytengsu, the owner who made the announcement Wednesday morning] wants to happen as much as possible.”

Alaska overcame Rain or Shine, 80-74, to start its farewell tour on the right foot and Bachmann said that they have given assurance to everyone in the squad that they will get financial help from the franchise.

Utility personnel—those working way behind the spotlight focused on the players and coaches—will be given severance pays amounting to a total of six months of their current pay once the season ends.

“We would like to take care of them as much as we can,” Bachmann said. “Even the players with expiring contracts will be taken care of.”

Read Next
NorthPort ends slump; ‘can’t lose all the time,’ says Jarencio
EDITORS' PICK
Karding damage to infrastructure at P23M
House energy committee chair Arroyo bats for cheap electricity
Reignite your passion with the vivo Y35
Individuals affected by ‘Karding’ now over 157,000
Bongbong Marcos says PH ‘open for business’ with new Clark Airport terminal
Newbie gamers are in for a treat with the power-packed feature of vivo Y16
MOST READ
LPA enters PAR, may develop into tropical depression
Angelica Panganiban ‘duguan, sugatang mom’ one week into breastfeeding
Security guard shoots 2 other guards dead inside Makati subdivision
Badoy not with Office of the President, NTF-Elcac, under Marcos admin — solon
Don't miss out on the latest news and information.