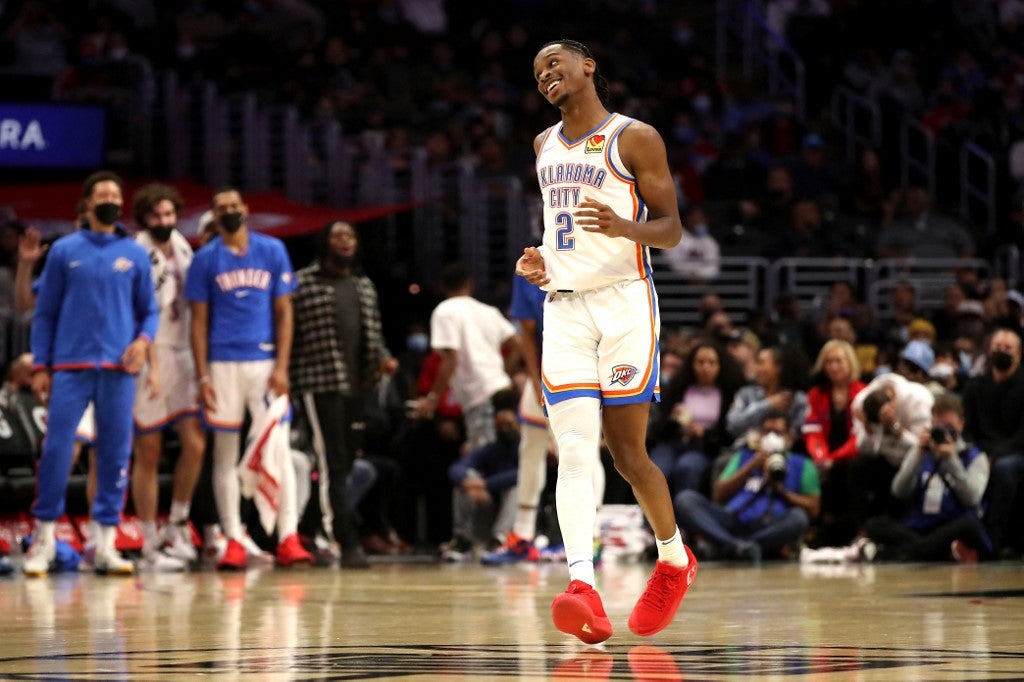 FILE – Shai Gilgeous-Alexander #2 of the Oklahoma City Thunder reacts after making a three-point basket during the third quarter against the Los Angeles Clippers at Staples Center on November 01, 2021 in Los Angeles, California. Katelyn Mulcahy/Getty Images/AFP

Shai Gilgeous-Alexander posted 36 points, eight rebounds and five assists to lead the Oklahoma City Thunder to a 129-125 overtime win over the Indiana Pacers on Friday in Indianapolis.

The Thunder won for just the second time in nine games while the Pacers have dropped eight of their last nine.

After Indiana shot 53.9 percent in regulation, it cooled off in overtime, making just 1 of 11 from the floor as the Thunder pulled off the split in the season series.

SGA knocks down the CLUTCH go ahead bucket for the @okcthunder!

Both games between the teams went to overtime.

In the final minute of regulation, Gilgeous-Alexander missed a pair of free throws to keep Indiana alive.

After Mann’s free throws put the Thunder up three with 8.9 seconds left, the Pacers had a chance to tie it. Buddy Hield’s 3-pointer clanged off the front of the rim, setting off a scramble for the ball. Oshae Brissett, falling to the floor, pushed the ball out to Lance Stephenson in the corner, where he buried the 3-pointer with 1.6 seconds left to tie it.

Isaiah Jackson added 17 points with five blocked shots, and Jalen Smith had 16 off the bench as seven Pacers scored in double figures.

In Malcolm Brogdon’s first appearance since Jan. 19, the Pacers’ offense hummed along from the start. Brogdon, who missed the last 15 games with a sore right Achilles, returned to a remade lineup. It was the first game for Brogdon to play alongside Hield and Tyrese Haliburton, who were both acquired in a trade deadline deal with Sacramento.

The Pacers scored the game’s first 10 points before the Thunder settled in.

By the final minute of the first half, Oklahoma City led by 10 points thanks to a 16-6 run and took an eight-point lead into the break.

Indiana led by eight with less than five minutes remaining in regulation.

Mann’s nine points the rest of the way in the fourth helped put the Thunder in position to win before Stephenson’s 3-pointer.