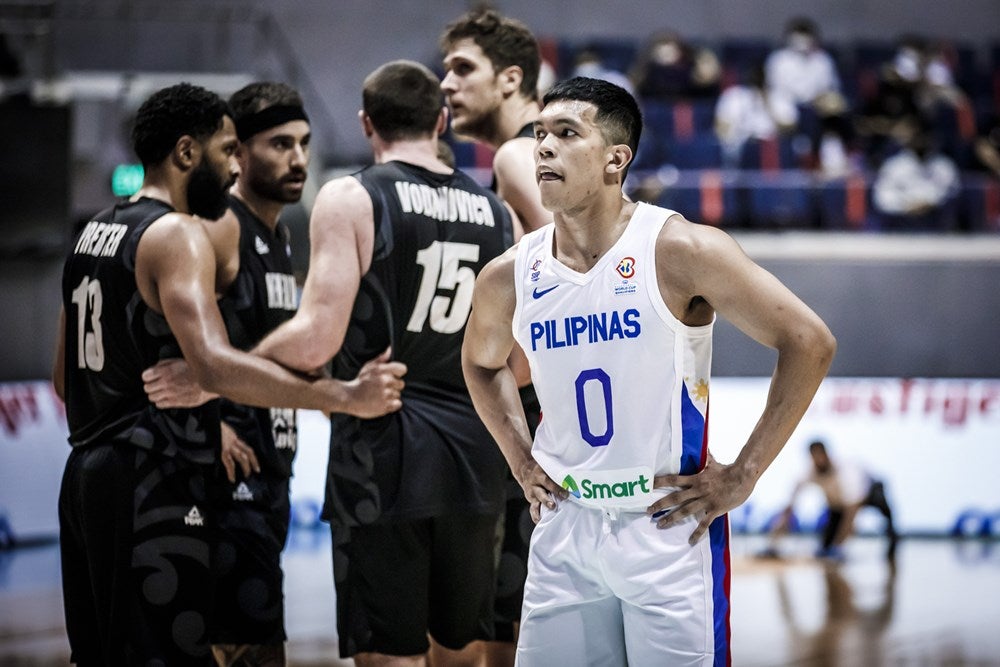 MANILA, Philippines—Gilas Pilipinas took an 88-63 beating from New Zealand for its first loss in the in the 2023 Fiba Basketball World Cup Asian Qualifiers Sunday at Smart Araneta Coliseum.

The Philippines has now split their first two games of the tournament after winning over India on Friday while the Tall Blacks took sole possession of Group A’s top spot with a 2-0 record.

Holding a slim 22-19 lead at the end of the first, New Zealand went into attack mode to start the second going on a quick 8-1 run to take a 30-20 lead after Tom Vodanovich’s layup midway through the quarter.

The visiting team never looked back as Takiula Fatrensohn bumped the Tall Blacks’ lead to 22, 65-43, hitting a three-pointer off of Vodanovich’s feed with 1:18 left in the third.

Vodanovich finished with a 20-point, 10-rebound double-double to lead New Zealand while Dion Prewster also had 20 points to go along seven rebounds and six assists.