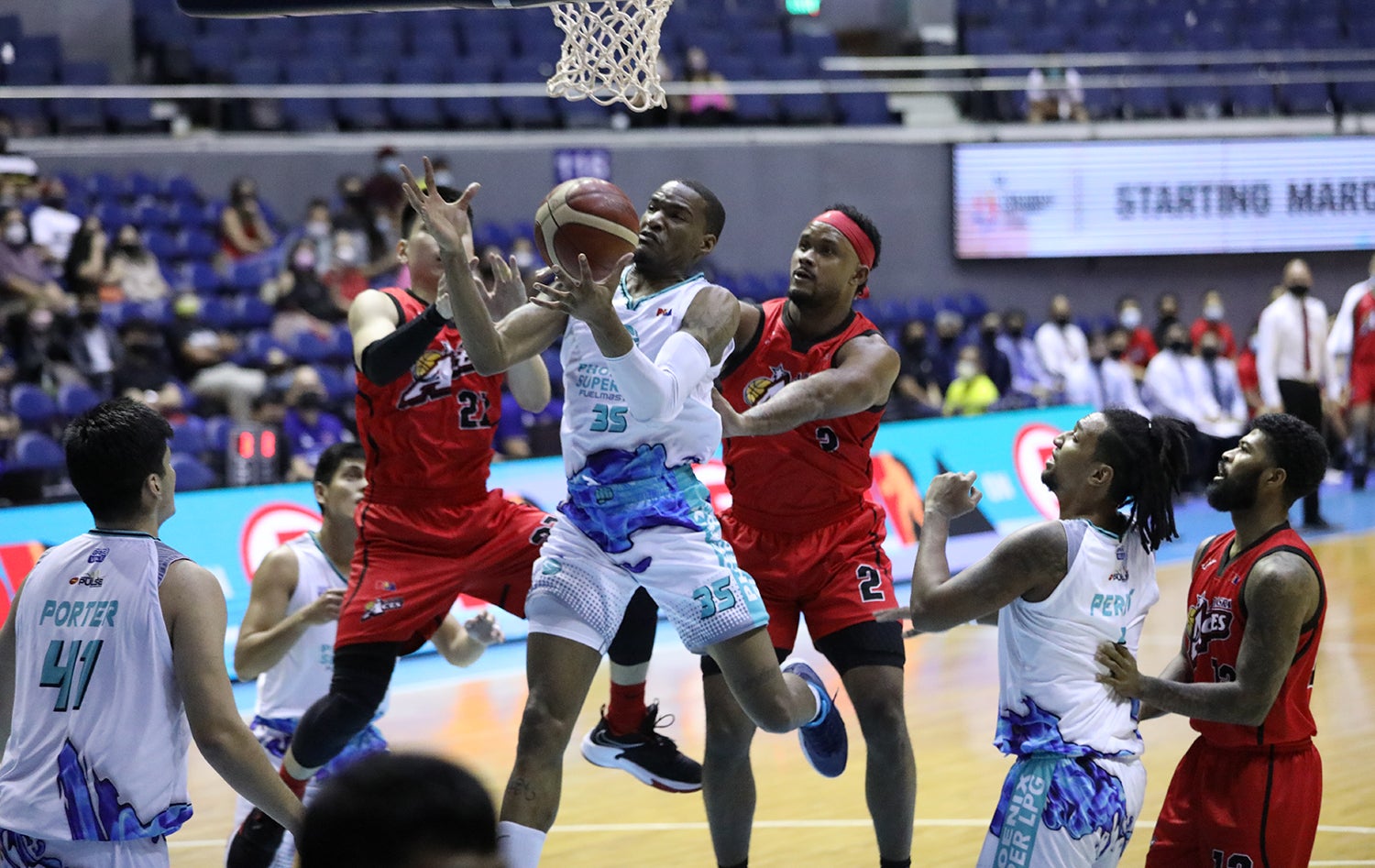 Phoenix Super LPG kept it together in the most crucial of times to keep Alaska at bay and post a much-needed 104-99 victory on Thursday that had the Fuel Masters putting a foot in the PBA Governors’ Cup playoffs at Smart Araneta Coliseum.

Matthew Wright displayed all-around brilliance by scoring 26 points that went with 11 assists and seven rebounds in leading Phoenix to a 5-5 card while dooming the Aces to their second loss in the last three games for 6-4 overall. San Miguel Beer climbed into a tie for fourth with the Aces after pulling out a 104-100 win over Rain or Shine in the nightcap.

“Long time. We finally got that win,” Wright, the Phoenix gunner, said. “We were able to match their intensity. They were able to make a run but we were able to stop it when they got close, and that’s what good teams do.”

“But I’m happy today because we beat a good team. Alaska has been playing for something bigger than itself. So they play every game very motivated,” Wright added.

Du’Vaughn Maxwell, the club’s third import after the injured Paul Harris and the ineffective Dominique Sutton, was spectacular in his debut as he delivered 21 points and 21 rebounds.

“What I see now is that we have an import that fits this team,” said coach Topex Robinson. “Somebody who’ll protect the paint, knows his role and complements everybody.”

Phoenix has struggled with manpower changes, losing Chris Banchero to Meralco through unrestricted free agency and Justin Chua via a trade that sent the efficient big man to NLEX. Sean Anthony’s recovery, meanwhile, is taking longer than expected.

“It’s been tough, man,” said Wright. “We had our third import already. We lost [Chris], we lost Justin. We got a bunch of injuries. But no one’s going to feel bad for us. No one cares, right? No one gives a sh-t so we just gotta play hard.”

Drama ensued after the game when coach Jeffrey Cariaso took it personally that Robinson called a timeout in the dying seconds and the outcome already beyond doubt.

“Coming from the Alaska culture, I expected more class from coach Topex in this particular situation,” Cariaso said in a message. “I would think the respect for each other and both organizations have tremendous value over any quotient system in place.”

Robinson, for his part, understood his former Alaska teammate’s frustration but remained firm on his decision in calling that timeout.

“I’m playing for the quotient. I have so much respect for that team, but I was also coaching for my team. I don’t want to look back on this with regret. [In] the last bubble, the reason why we went to the playoffs with Ginebra was because of the quotient [system].”