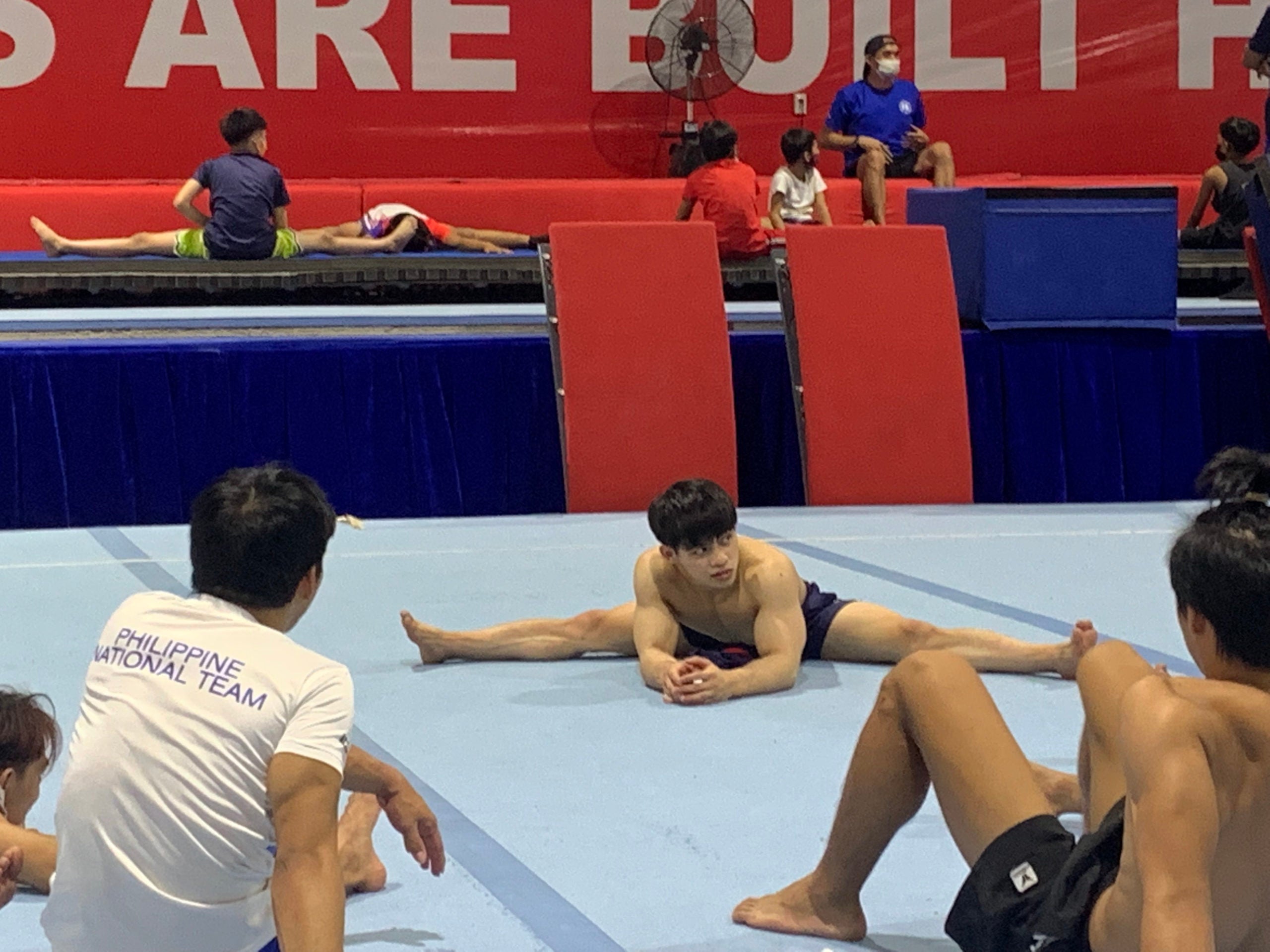 Carlos Edriel Yulo still nurses the memories of his defeat in the Tokyo Olympics, but in a positive manner nowadays.

“I learned a lot from my experience at the [Tokyo] Olympics,” the soft-spoken gymnast said on Thursday. “I realized that your greatest opponent is yourself. If you don’t focus on what you do, you are bound to finish last.’’

So Yulo recycles images of the scene of competition of the last Summer Games, where he was favored to finish on the podium—with a gold, even—and instead missed out on the final of the floor exercise. He relives that performance and goes through every mistake there, with the aim of never repeating them again.

“I try to correct the mistakes that I made in my mind so I will not commit them again,’’ added Yulo.

The ploy has worked wonders. He emerged from his Tokyo fall a stronger gymnast and bagged a gold and a silver in the last gymnastics world championship, a feat that earned him a nomination as 2021’s top male athlete in the Inquirer Sports Awards.

Yulo is back in the Philippines for the first time in a long while. He will grace the official opening and blessing of the Gymnastics Association of the Philippines (GAP) National Gymnastics Center in Intramuros, Manila, on Saturday after which he will spend some time with his family.

“Caloy really needs to come here and loosen up. He’s been training really hard in Japan and he deserves to relax even for just a few days,’’ said GAP president Cynthia Carrion.

And after relaxing, it will be back to training for Yulo, who prefers preparing in solitude as he gears up for three major tournaments that will serve as a springboard for next year’s qualifying meets for the 2024 Paris Olympics.

“I really focus on what I do in training every day and make it a point to avoid distractions,’’ said Yulo.

First on Yulo’s list will be the 31st Southeast Asian (SEA) Games in May where the gymnast, who turned 22 last month, will take a crack at winning the bulk, if not all, of the seven gold medals at stake in men’s artistic gymnastics.

“I think I’m already 85 percent ready [for the SEA Games],’’ said Yulo, who will return to his training ground in Tokyo, Japan, on Sunday after spending quality time with his family.

Back in the 2019 SEA Games held in Manila, the 22-year-old bundle of energy struck two gold medals in the floor and all-around events and had five silvers in the pommel horse, rings, vault, parallel bars and horizontal bar.

According to Carrion, Vietnam could pose challenges for Yulo in the SEA Games after the Vietnamese team showed much promise when it competed in the world championships last year in Japan.

But while the SEA Games might present hurdles for Yulo, the defending world champion in men’s vault sees it as a launching pad for a more difficult test in the Asian Games (Asiad) in Hangzhou, China, in September.

“The SEA Games is a stepping stone for the Asian Games, which I have been really preparing for this year along with the coming world championships in October,’’ said Yulo, who already finished a two-year humanities course at Teikyo University in Tokyo.

Besides seeking a top podium finish in the Asiad, Yulo has a modest goal of landing in the top five in the individual all-around.