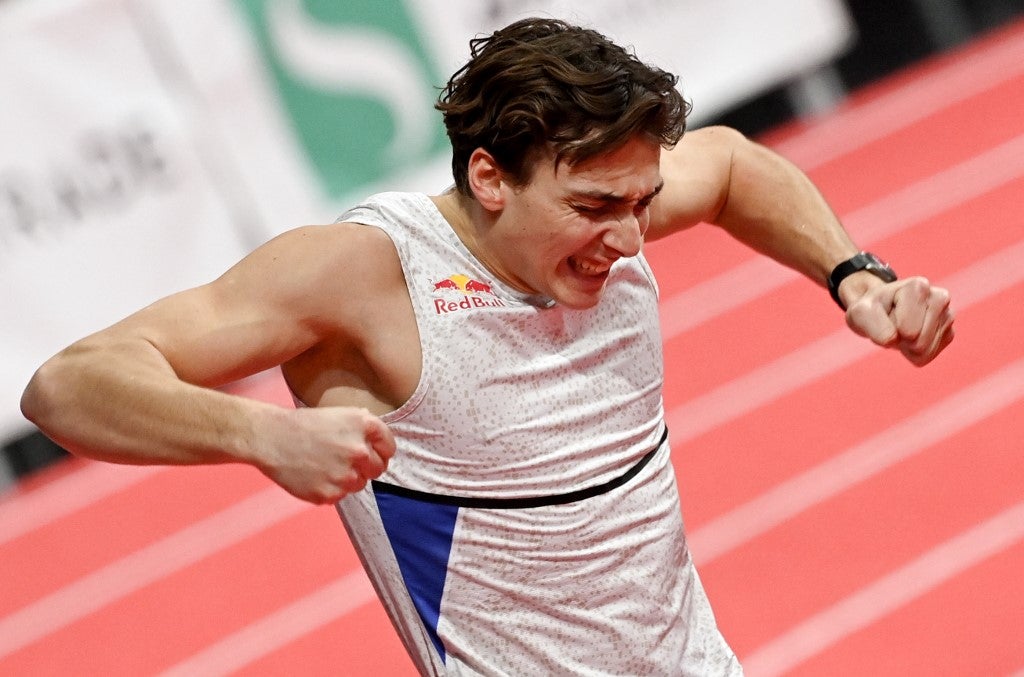 Sweden’s Armand Duplantis celebrates after breaking his own pole vaulting world record at the World Athletics Indoor Tour Silver meeting in Belgrade on March 7, 2022. Armand Duplantis broke his own world record in the pole vault on March 7, 2022, clearing 6.19m at his third attempt at the indoor meeting in Belgrade. (Photo by ANDREJ ISAKOVIC / AFP)

Armand Duplantis, already sure of his place in pole vault history, flew even higher on Monday when he broke his own world record with a leap of 6.19m in Belgrade.

The 22-year-old American-born Swede known as “Mondo” was born and raised in Louisiana. His gold in Tokyo last year boosted his status in a sport searching for star quality since the retirement of Jamaican sprint legend Usain Bolt in 2017.

His exuberant celebrations and looks straight out of a teenage romantic film, a genre he loves, mean he fits the bill.

Duplantis is a product of a sport-obsessed family with their own vaulting apparatus in their Louisiana garden.

His older brother Andreas vaulted for Sweden at various age-group championships, while another sibling Antoine dropped pole vault in favour of baseball and is in the New York Mets minor-league system.

He started pole vaulting, which requires the speed and strength of sprinter and the flexibility of a gymnast, when he was four.

He announced his talent when he cleared 5.90m aged just 17 at the Texas Relays in Austin in 2017.

He turned professional in 2019 after one season on a scholarship at Louisiana State University.

His parents try to balance sport with normal family life. 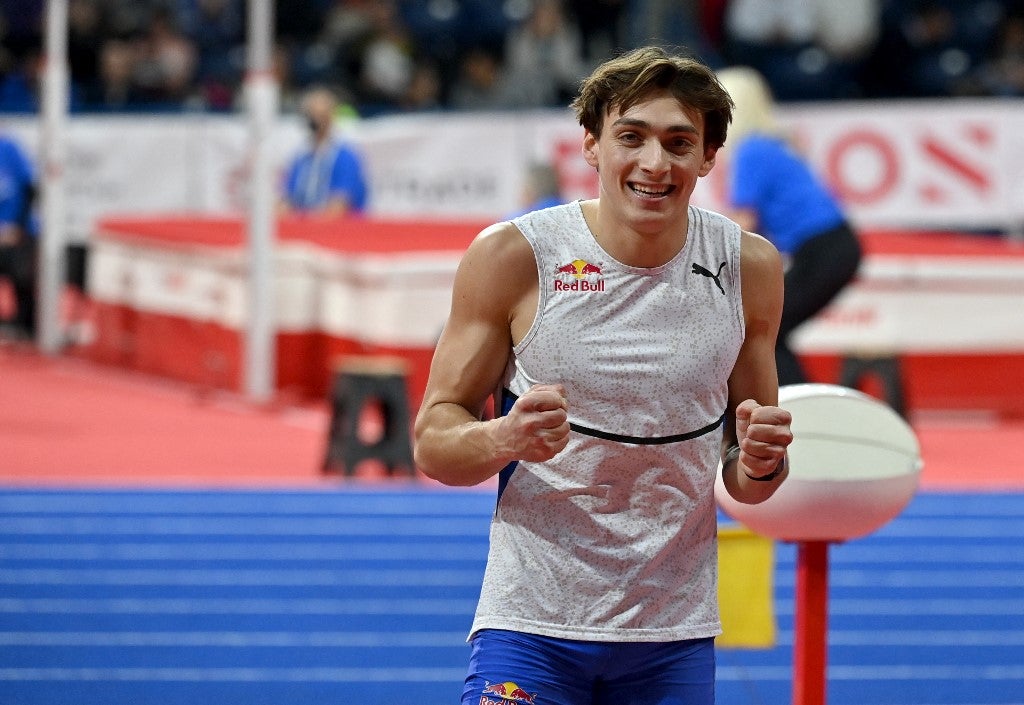 Sweden’s Armand Duplantis celebrates after breaking his own pole vaulting world record at the World Athletics Indoor Tour Silver meeting in Belgrade on March 7, 2022. – Armand Duplantis broke his own world record in the pole vault on March 7, 2022, clearing 6.19m at his third attempt at the indoor meeting in Belgrade. (Photo by ANDREJ ISAKOVIC / AFP)

“All dads teach sports to kids, but not a professional level,” Brennan Robideaux, director of a feature documentary on Duplantis, “Born to Fly,” told AFP.

“They switch easily. When it’s time to be the coach they do, but when it’s time to watch a movie its full parent-kid. Very good balancing and dynamic. It was a never forceful, crazy relationship, like ‘you’re going do this’. They let their kids figure out what they were best at.”

The brothers also played an important role in Armand’s development.

“They are an interesting bunch. Close as brothers could be. Extremely competitive. At anything,” says Robideaux, a family friend, who has been following Duplantis since he was 17.

“Mondo wouldn’t be as good as he is if he didn’t have his two older brothers pushing hard. Mondo had this fierce competitive nature as a kid.”

“His brothers are older, so obviously they were jumping higher than him, but Mondo would not accept that. ”

‘Break into the mainstream’

Mondo quickly became the best vaulter of the three.

“When he was 12 years old, he was playing in his garden to imitate the different jumpers and their styles, and as a child he could feel his body perfectly with the pole,” Damien Inocencio, the former coach of French former Olympic champion Renaud Lavillenie’s and a long-time Duplantis family friend, told AFP.

“He’s still hyperactive,” said Robideaux. “It was just 10 times extra as a kid. If he was sad he was bawling his eyes out, if he was happy, he was jumping everywhere, he was like a cartoon character. He is still a very hyperactive, excited person who has learned to manage it.”

Robideaux says Duplantis could be what athletics needs in the United States.