Tickets to FIVB VNL in Manila go on sale in April 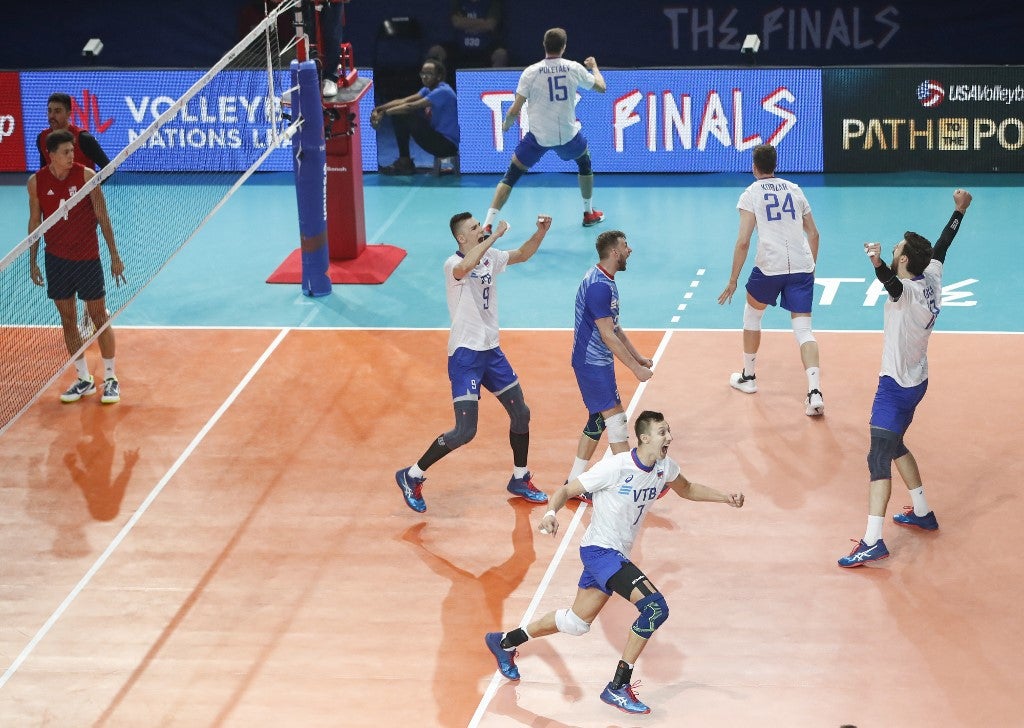 MANILA, Philippines—Tickets for the 2022 FIVB Volleyball Nations League will be go on sale starting April 18 with Smart Araneta Coliseum playing host to both the men and women’s divisions.

Week 2 of the women’s competitions will be played from June 14 to 19 while the men’s division will be staged from June 21 to 26.

Tickets are priced at P2,000 for Courtside seats, P1,500 for Patron A, P1,000 for Patron B, P500 for Lower Box, P200 for Upper Box and P100 for General Admission with the Big Dome expected to allow full capacity as the Philippine government softened its health and safety protocols.

“We anticipate the return of world-class volleyball action in the country and we’re confident that with pandemic waning, the fans will enjoy the matches,” said Ramon “Tats” Suzara, the president of the Philippine National Volleyball Federation.

Tokyo Olympics gold medalist France leads Pool 3 of the men’s side as it plays Japan, Slovenia, Argentina, Italy, Germany and the Netherlands.

Russia was initially included in the VNL pools that would play in the Philippines but the team was pulled out of the competition due to the war in Ukraine and a replacement team will be announced soon.

The trio of Tokyo Olympics women’s MVP Jordan Larson, two-time VNL MVP Michelle Bartsch-Hackley and 2019 VNL MVP Andrea Drews are expected to lead the US in Week 2 of the competition.

Yuki Ishikawa, Yuji Nishida and Ran Takahashi are set to banner Japan while Tokyo Games men’s MVP Earvin Ngapeth of France is also one of the strongest names in the VNL.