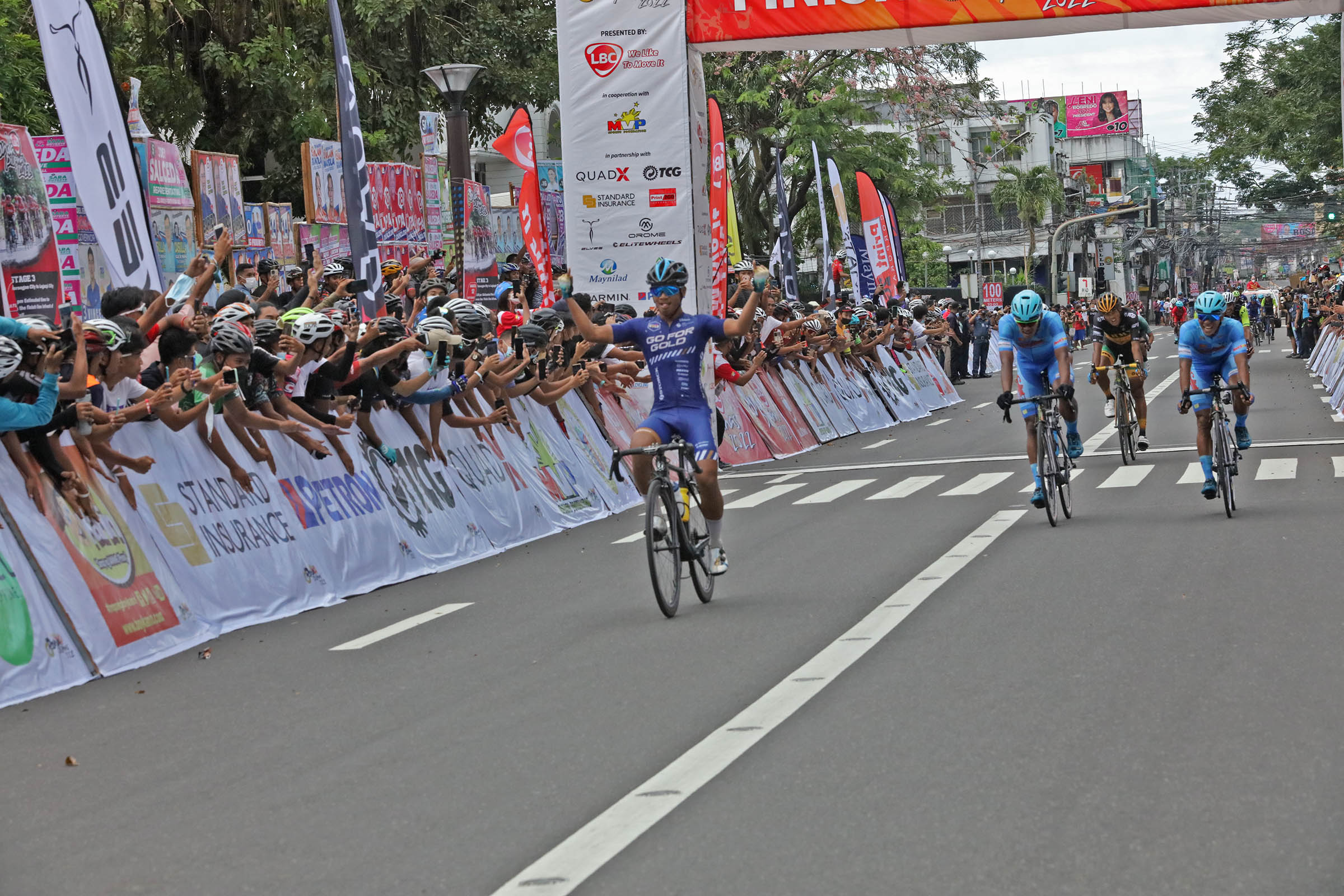 Aidan Mendoza of Go for Gold collected his first career stage victory but couldn’t knock off a cramps-stricken Jan Paul Morales of Excellent Noodles from the overall lead of the Ronda Pilipinas race on Saturday in Legazpi City.

Mendoza, 22, outsprinted Excellent Noodles’ Mervin Corpuz and Ryan Tugawin and six others in the final kilometer to claim his breakthrough stage triumph in four hours and 20 seconds and barge into the top 10 in the individual general classification race with an aggregate time of 5:33:38.

Corpuz, nephew of Excellent Noodles skipper and two-time Ronda king Santy Barnachea, and Tugawin were spent duo after leading an 11-man breakaway group in the first 10km of the race, but hung on for a podium finish with the same time as Mendoza.

Morales struggled with cramps but kept himself firmly in a 10-man chase pack with a time of 4:00:30 to keep the overall lead in 5:31:59. He will wear the red jersey anew as the race embarks on a 189.1-km test from Legazpi to Daet in Sunday’s fourth stage.

“I was already feeling cramps in the final 20km but I decided to just endure it,” said the 36-year-old Morales, who is seeking his third Ronda crown after reigning supreme in 2016 and 2017, after wheeling into Kalayaan Park at the end of the 163-km third stage.