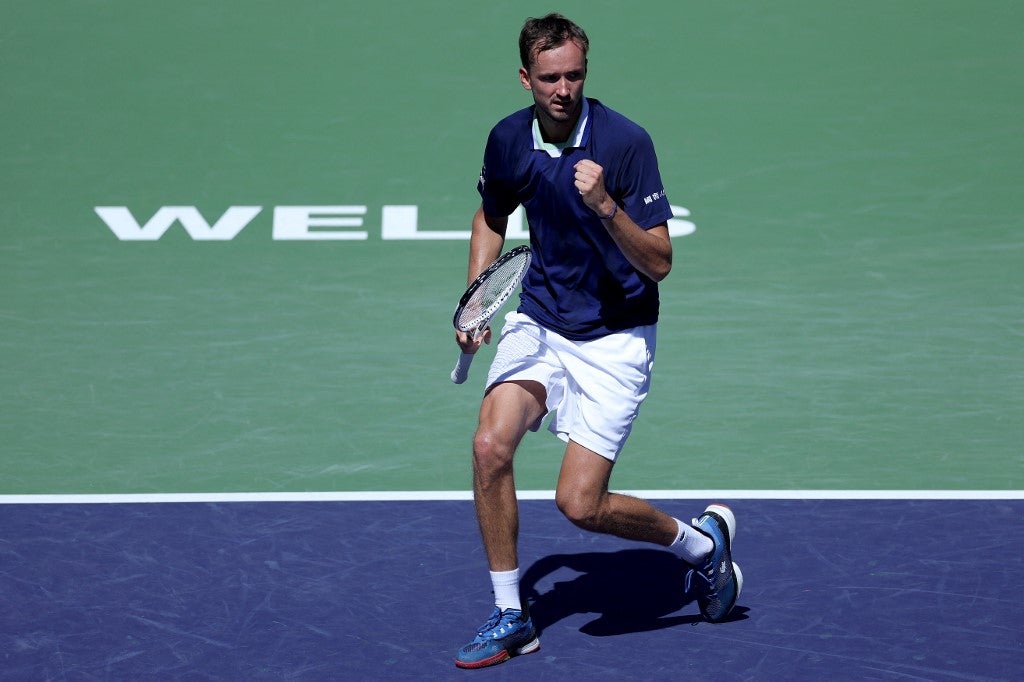 Daniil Medvedev, playing his first match since rising to number one in the world, swept past Czech qualifier Tomas Machac 6-3, 6-2 on Saturday to reach the third round at Indian Wells.

Medvedev saved the only break point he faced and broke the 21-year-old Machac, ranked 158th in the world, three times on the way to victory in 70 minutes.

Reigning US Open champion Medvedev must reach the Indian Wells quarter-finals to prevent Novak Djokovic from reclaiming the No. 1 ranking.

Serbian star Djokovic is missing both Indian Wells and the upcoming Miami Masters due to US Covid-related travel restrictions on unvaccinated visitors.

Medvedev, who has never made it past the fourth round in four prior appearances at Indian Wells, next faces either Gael Monfils of France, the 26th seed, or Filip Krajinovic of Serbia.

“Hopefully I can do better than previous times,” said Medvedev, who admitted the scoreline may have flattered him.

He needed three match points to put Machac away, giving himself two with his third ace of the match for a 40-15 lead in the final game.

Machac saved one with a stinging forehand winner, but Medvedev locked it up with a service winner on his next chance.

“If you look at the points and the games it was not as easy as it seems,” he said.

“If you look the first set was pretty even, he made just a few unforced errors and maybe some bad decisions in crucial moments, that’s how tennis is sometimes.”

However, Medvedev made his own life pretty easy. After saving a break point in the opening game he lost just eight points on his serve the rest of the way.

Dictating the rallies, he opened the second set with a break of serve to pile on the pressure.