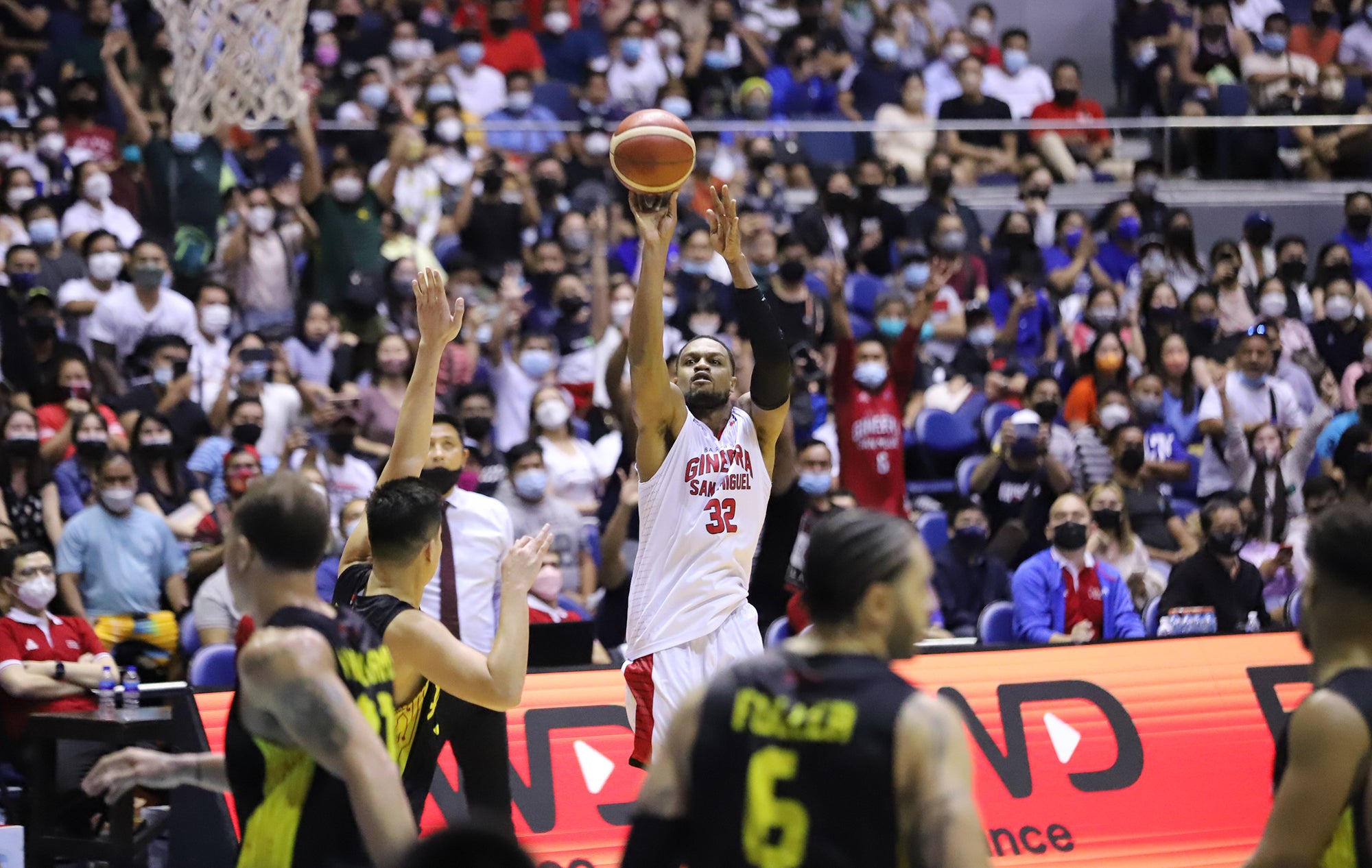 Justin Brownlee finished with 38 points and 12 rebounds, while Scottie Thompson chipped in 23 and 15 as the Gin Kings sent their duel to a decider and kept their title-retention hopes alive.

Ginebra put on a show before a pandemic-era record 7,091 spectators, leading by as many as 21 points in the contest.

“This is the first time we beat (TNT). They had our number. Chot Reyes has always had a good feel with what I like to do,” coach Tim Cone said of the Tropang Giga, who threatened to comeback in the final four minutes of the contest.

Also coming through Ginebra is Japeth Aguilar, who chipped in 21 points and seven rebounds.

Import Aaron Fuller had 22 points for TNT, while Troy Rosario and Mikey Williams added 20 and 19, respectively, in the losing effort that prompted the Tropang Giga to reach for its playoff protection.

“I told the guys no celebrating. All we did was even out the odds. Certainly not in our favor but a little more even,” said Cone.

Ginebra takes on TNT again this Saturday at the Big Dome, joining Alaska and NLEX who will also figure in you-or-me showdown for the other semifinal seat after the farewelling Aces prevailed, 93-79, in the earlier contest.

PBA: Tim Cone and his Ginebra face a familiar conqueror