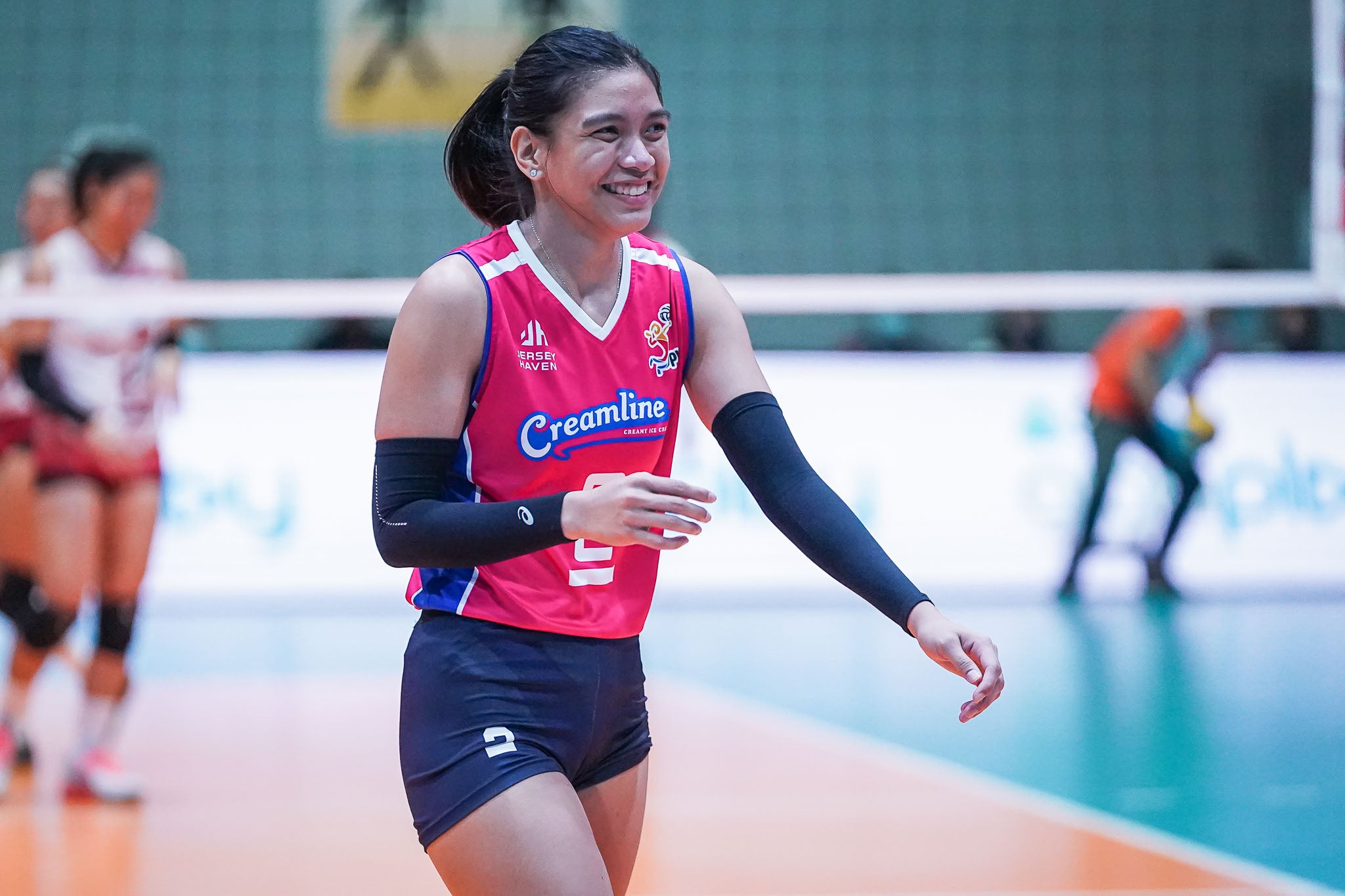 MANILA, Philippines — Determined to “bounce back with good vibes” this season, Alyssa Valdez and the Creamline Cool Smashers kicked off their Premier Volleyball League Open Conference campaign with a rousing rout of a revamped PLDT.

Valdez led Creamline’s collective effort with 13 points in the 25-16, 25-18, 25-22 win, delivering an efficient 11-of-22 attacking clip and nailing two aces as they started their title-redemption journey on a high note after last year’s championship loss to Chery Tiggo.

“We’re really thankful for the win. We needed this to boost the team’s confidence from what happened last year, of course, it was a heavy (loss) for us,” said Valdez, who all had eight digs.

The Cool Smashers, who didn’t have major roster changes in the off-season, showed a great team chemistry in their first game with Valdez joining hands with Tots Carlos and Jema Galanza in doing the damage for the revamped High Speed Hitters, setter Jia Morado-De Guzman providing the brilliant plays, Celine Domingo and Jeanette Panaga manning the middle and libero Kyla Atienza protecting their floor.

“That’s the good thing of keeping our roster intact. The players already mastered the system, they only need to adjust a few things and they are still following and executing coach Tai’s (Bundit) system even though he’s not here,” said Creamline head coach Sherwin Meneses.

Despite taking full control of the Mika Reyes-led Power Hitters in their first Pool B assignment, Valdez stressed they still have a lot of things to address.

“A win is a win, of course we’re gonna take it. But there are a lot of things to improve on our part, the little details like the free balls and other basic errors. Coach Sherwin is always reminding us that it’s all the little things we sometimes forgot. So we have to always remind each other inside the court and work on our open communication and effective communication,” the former league MVP said.

Valdez and company have to win at least one of their last two Pool B games against BaliPure (0-1) on Monday and Petro Gazz (1-0) on Wednesday to secure one of the two twice-to-beat advantages heading to the quarterfinals.

Even they saw the young BaliPure lost to Petro Gazz in four sets earlier, the former Ateneo star insisted that there’s no reason for them to be complacent since this year’s competition is as challenging as it goes.

“For BaliPure, we’re gonna assess their first game. We know that they will not go down without a fight. In this tournament, every game really counts, every game matters. All the teams are balanced and we’re so grateful with the high level of competition,” Valdez said.

Read Next
EA to remove Russia and Belarus from esports series
EDITORS' PICK
A massive highway complex makes living in the South highly attractive
Metro Manila logged most number of new COVID-19 cases — OCTA Research
Guarding Sara: Why next VP is getting own security team
WHO says monkeypox is not yet a health emergency
House energy committee chair Arroyo bats for cheap electricity
Beyond the Chocolate Hills: A farm-to-table, heritage culinary adventure of Bohol
MOST READ
Leon Barretto steps up for sisters, asks dad Dennis Padilla: ‘Please stop resorting to public shaming’
LOOK: Rita Daniela pregnant with first child
Marjorie Barretto to speak up on Dennis Padilla, kids’ relationship ‘in time’
Guarding Sara: Why next VP is getting own security team
Don't miss out on the latest news and information.